"It was not my intention to make a product endorsement," the Treasury secretary said about his knowing endorsement 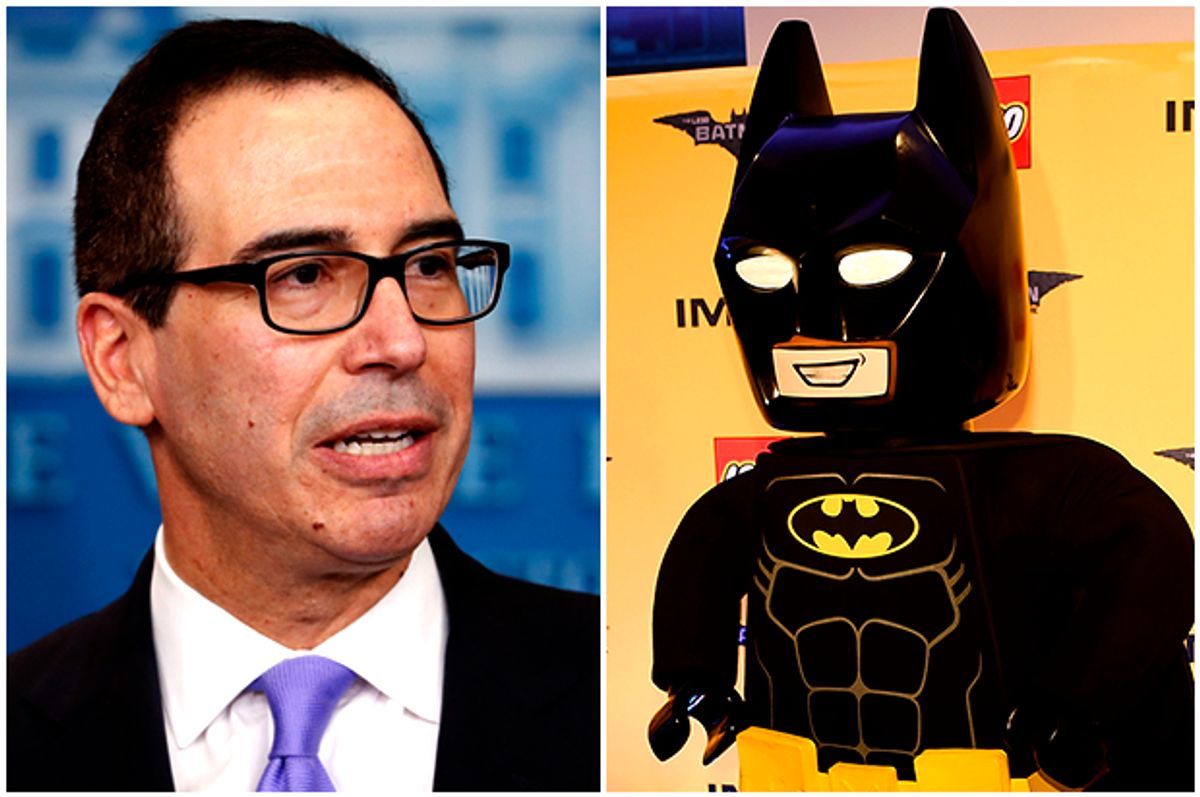 Less than two months after White House counsel Kellyanne Conway got in trouble for promoting Ivanka Trump's fashion brand, yet another member of Team Trump has been caught up in a conflicts of interest scandal — and has apologized for it.

After being asked if he had any movie recommendations for the audience during an interview with Axios last week, Mnuchin said "I'm not allowed to promote anything that I'm involved in. So I just want to have the legal disclosure, you've asked me the question, and I am not promoting any product. But you should send all your kids to 'Lego Batman.'"

Earlier this week, Senator Ron Wyden of Oregon, a Democrat and the ranking member of the Senate Finance Committee, sent a letter to the Office of Government Ethics arguing that, because Mnuchin has not provided any evidence of divesting himself from the production company Ratpac-Dune Entertainment (which he promised to do within four months of being confirmed), he had no reason to assume that Mnuchin hadn't still profited from publicly encouraging people to see the movie.

"I am concerned that despite his ‘legal disclosure,’ these comments may constitute a violation of Secretary Mnuchin’s Jan. 10, 2017, ethics agreement," Wyden wrote.

In response, Mnuchin wrote a public letter to Walter Shaub Jr., the Director of the Office of Government Ethics, which was released on Friday.

"I want to assure you that I was aware of the rule against using public office to promote a particular product, as I specifically acknowledged in the interview, and in responding to the question posed by the interviewer, it was not my intention to make a product endorsement," Mnuchin wrote.

He added, "I want to reassure you that I will exercise greater caution to avoid any suggestion that I do not take these important rules seriously."