No more land of the free? Trump's double standard on freedom of speech threatens America's image

The president wants liberties for himself that he doesn’t grant to others. 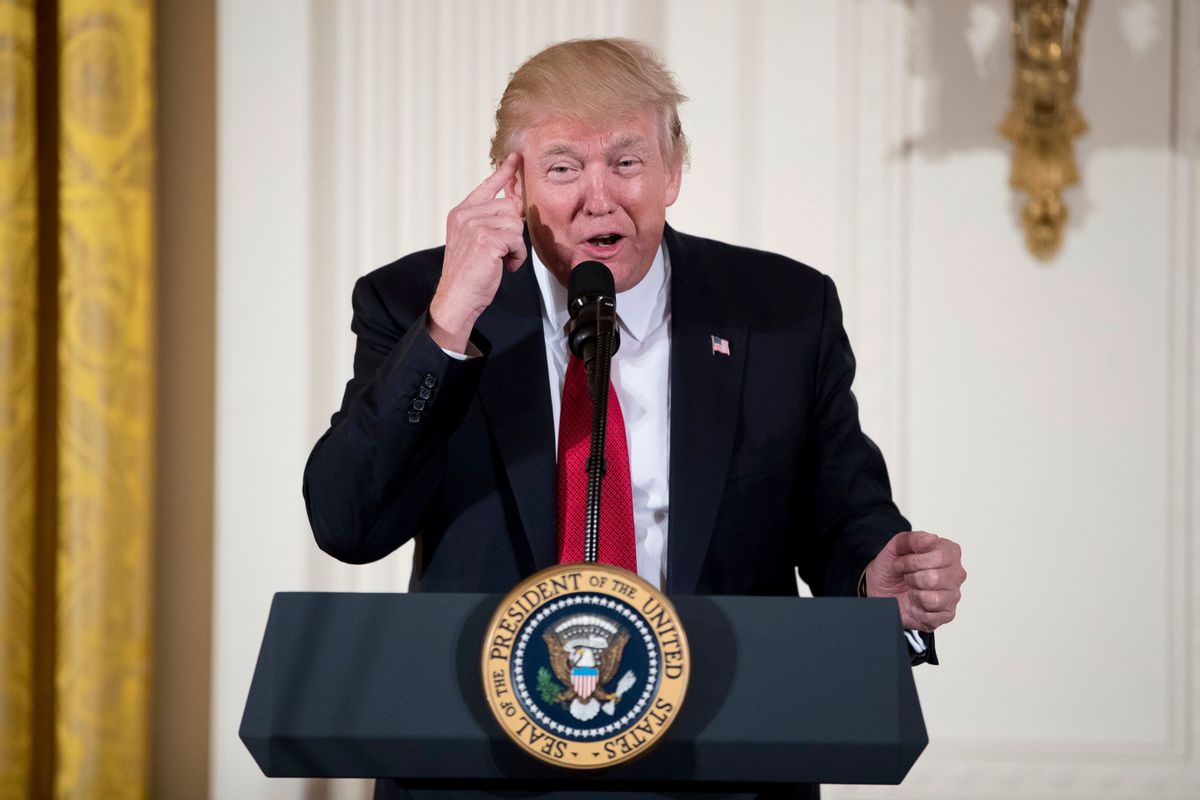 A March 24 decision by a US immigration court in Chicago to grant asylum to Amos Yee, an 18-year-old blogger from the tiny Asian city-state of Singapore, has lit up news mediaworldwide because it illuminates new dangers to freedoms of speech, not only in Singapore — which ranks near the bottom of every assessment of press and other freedoms — but even in the US, where Yee’s asylum was opposed by President Trump’s Department of Homeland Security.

DHS has 30 days to appeal the immigration court’s decision, and undoubtedly it’s deciding right now whether to do so. An appeal, which DHS would file through its Immigration and Customs Enforcement agency’s Office of Chief Counsel, could reinforce ICE’s image as Trump’s presidential security force. And it would bolster the authoritarian regime in Singapore that has beguiled tourists and foreign investors with gleaming skyscrapers, obedient migrant workers and efficient management that reflect only a small part of its much harder, darker reality.

Singapore is a laboratory for what the conservative Economist magazine condemned in 2012 as “crony capitalism” combined with nationalism, calling the country’s late founder and longtime prime minister Lee Kuan Yew “a tireless advocate of ‘Asian values,’ by which Lee meant a mixture of family values and authoritarianism” that hobbles democracy by running a society as if it were a business corporation.

That may be possible in a little city-state of about 6 million people, but Lee’s way of subsuming politics to business management has made Singapore a model for neoliberal cooperation with dictators over the world. Come to think of it, governing a country as if it were a business is just what Trump has appointed his son-in-law Jared Kushner to do. Singapore’s restrictions on freedoms of expression, so evident in the Amos Yee asylum case, may presage a shift toward that model in America that was already happening before Trump’s election.

A Trump administration appeal of Yee’s asylum will damage America’s reputation as the land of the free and home of the brave, a reputation reinforced by Judge Samuel B. Cole’s detailed, devastating assessment of Singapore’s treatment of the then-16-year-old Yee, whom it imprisoned twice for his blog rants against religion and — more fatefully, although not mentioned by the government — against Singapore’s leaders.

An American appeal of Yee’s asylum would bolster Singapore’s authoritarian regime and cast a harsh new light on speech-suffocating “political correctness” in America that begins not mainly on college campuses, where some angry, frightened 19-year-olds and junior professors do react immaturely and destructively  but do so to larger, encroaching dangers in government and business curbs on citizens’ freedoms, whether by state surveillance for power or corporate surveillance for profit.

The immigrant court, citing seemingly endless precedents in Singapore’s judicial record, found that, under cover of enforcing a dubious law against “wounding religious feelings,” Yee’s prosecution was “a pretext to silence his political opinions of the Singapore government” and that his “detention and general maltreatment constitute persecution on account of Yee’s political opinions.”

That decision and the grant of asylum confirmed America as “the greatest country of the world,” Kenneth Jeyaretnam, secretary-general of Singapore’s government-harassed opposition Reform Party, told me after flying from virtual exile in London to Chicago to testify on Yee’s behalf. Jeyaretnam detailed for the court precisely how Singapore’s government, like many others these days, suffocates citizens’ freedoms deftly but decisively behind legalistic and democratic facades.

Yee wasn’t exactly a poster boy for freedom of expression. His expletive-laden, quasi-pornographic rants against Muslims, Christians and, more fatefully, Singapore’s late founder and virtual dictator Lee Kuan Yew (on a blog with some 50,000 followers) were “childish rubbish,” as Jeyaretnam  himself acknowledged in his blog post supporting asylum.

But that only reinforces the significance of this case. Plenty of Singaporean leaders, including Lee himself, a classic 19th-century racist, have spewed such rubbish without ever being prosecuted. In 1967 Lee told an interviewer that

“The bell curve [that supposedly measures race-driven differences in intelligence]  is a fact of life. …These are realities that, if you do not accept, will lead to frustration because you will be spending money on wrong assumptions… You get a good mare, you don’t want a dud stallion to breed with your good mare. You get a poor foal. Your mental capacity and your EQ and the rest of you, 70 to 80 percent is genetic.”

Lee ran Singapore so tightly on such premises that he characterized its consequent racial (and religious) compartmentalization (with Chinese like himself at the top, Malays and others below) as an example of harmonious multiculturalism that Singapore’s laws enforce. “We decide what is right. Never mind what the people think,” he told the government-controlled Straits Times in 1987.

Lee’s son, who has succeeded him as prime minister, still runs Singapore that way, with only a few new grace notes. Its prosecution of Yee is only one recent instance of the government’s relentless use of its scandalous judiciary “to intimidate, bankrupt or cripple the political opposition” with “legal suits commenced against dissidents and detractors for alleged defamation,” wrote the late Francis T. Seow, a former solicitor general of the county who ended his life in exile in Massachusetts.

“It’s clear that the Singapore government saw Amos Yee as the proverbial nail sticking up that had to be hammered down,” said Phil Robertson, deputy Asia director of Human Rights Watch, which monitors Singapore.

Stung by the asylum decision’s exposure of its methods, the country’s ministry of home affairs complained with ill-disguised petulance that

“There are many more such people, around the world, who deliberately engage in hate speech, and who may be prosecuted. Some of them will no doubt take note of the US approach, and consider applying for asylum in the US. Anyone who engages in hate speech or attempts to burn the Quran, Bible or any religious text in Singapore, will be arrested and charged.”

Yee hadn’t burned anything or endangered anyone. He’d lampooned Singapore’s leaders and methods. But what about American college students who rant and sometimes even shout down others who have every right to be heard? Those wayward students, too, take more cues from authority than their critics admit.

When Yale University, where I teach, bypassed its faculty’s objections to establish a new college with the National University of Singapore in that country, Yale President Richard Levin told the Yale Alumni Magazine that “Understanding that norms are different is part of the value of this experiment” and that “In Singapore, it is illegal to express racist or intolerant positions publicly. Here in the United States, some of our university peers have speech codes.” If that isn’t a defense of “political correctness” from the top down, what is?

Trump has spewed even more racist and vulgar rubbish than Lee Kuan Yew, and he has denounced political correctness for trying to block it. Since that kind of “free speech” is so dear to our lying, crooked, so-called president, what’s his excuse for opposing Amos Yee’s freedom? The most likely answer is that, like Singapore’s late Lee and so many other aspiring seigneurs, Trump wants liberties for himself that he doesn’t grant to others.

What the American Constitution rightly protects in freedom of speech, a healthy civil society would rightly modulate. Freedom does require limits against which to express itself responsibly — a lesson that young people such as Yee and the shouting American students will learn in time — but only if Singapore’s too-authoritarian civil society or America’s too-anarchic civil society become healthy enough to help them to do that. Embracing governmental solutions like Singapore’s, as Trump seems inclined to do, won’t save either that island society or our continental one from the cascading ills we feel rising all around us.