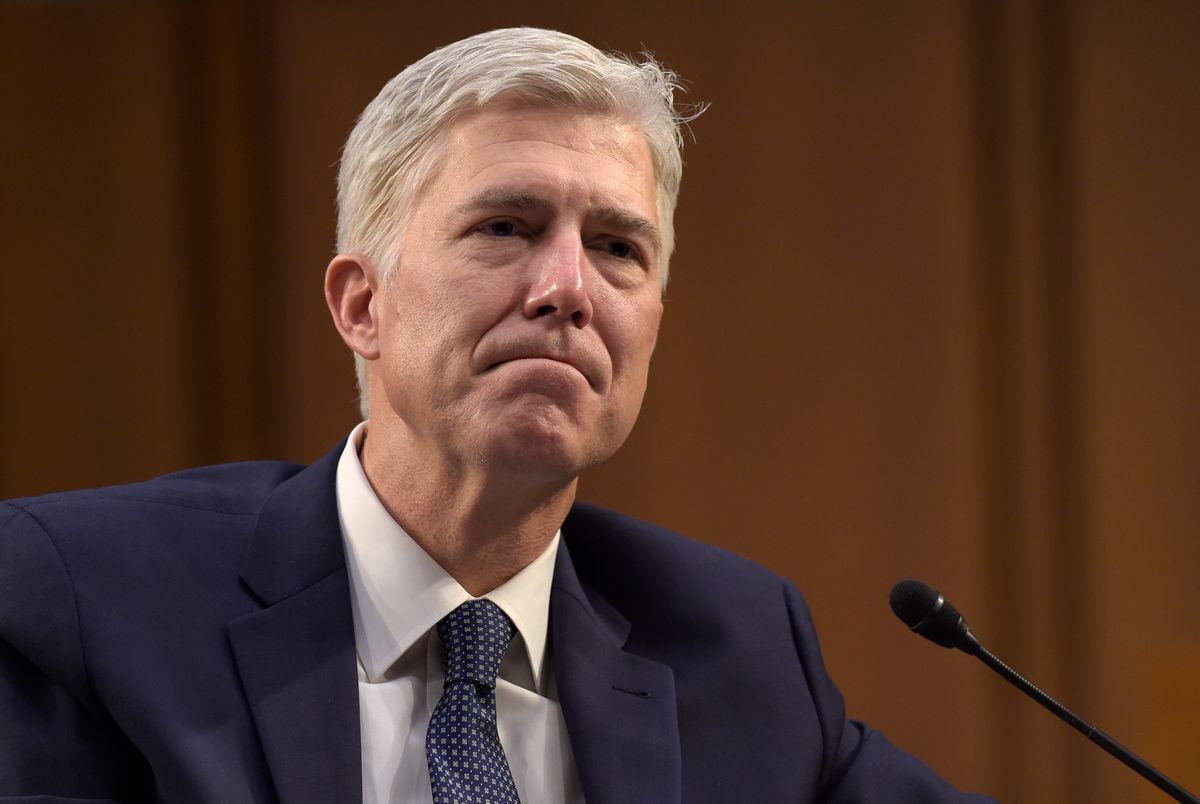 Senate Republicans may be determined to confirm conservative jurist Neil Gorsuch to the Supreme Court, but the ghost of Merrick Garland hangs over this confirmation process — and they know it.

After the Judiciary Committee meets on Monday, its Republican leadership is expected to recommend Gorsuch and send his nomination to the Senate for a vote, according to the Associated Press. Because the Senate's Democratic leadership is still upset that President Barack Obama's final Supreme Court nominee, Merrick Garland, was deliberately denied any hearing until after the 2016 presidential election, it is unlikely that enough Democrats will support Gorsuch to get him a filibuster-proof 60 votes.

Senate Majority Leader Mitch McConnell is anticipating this and has made it clear that Republicans will consider the so-called "nuclear option," in which the 60-vote threshold is dispensed with entirely, in order to push Gorsuch through. On Sunday he told CNN's "State of the Union" that "Neil Gorsuch will be confirmed this week," although he added that "how that happens really depends on our Democratic friends. How many of them are willing to oppose cloture on a partisan basis to kill a Supreme Court nominee?"

McConnell seemed a little less confident when confronted about the Republicans' obstructionism by MSNBC's Chuck Todd on Sunday. After McConnell reiterated the Republicans' argument about not confirming Garland because he was nominated during an election year, Todd pointed out that "that’s a rationale to vote against his confirmation. Why not put him up for a vote? Any senator can have a rationale to not to vote for a confirmation. Why not put Merrick Garland on the floor and if the rationale is, ‘You know what? Too close to an election,’ then vote no?"

McConnell defensively replied, "Look, we litigated that last year. The American people decided that they wanted Donald Trump to make the nomination, not Hillary Clinton."

After Todd pressed him on the point, even asking whether McConnell would support a resolution saying that Supreme Court vacancies would simply not be considered during election years, McConnell scoffed that "that’s an absurd question. We were right in the middle of a presidential election year. Everybody knew that either side — had the shoe been on the other foot — wouldn’t have filled it. But that has nothing to do with what we’re voting on this year."

Despite McConnell's humiliation on Sunday, that didn't stop Senate Judiciary Committee Chairman Chuck Grassley, R-Iowa, from writing an editorial for Fox News on Monday that repeated McConnell's arguments. After repeating the argument that Republicans were justified in obstructing Garland because it was an election year (and not acknowledging Todd's observation about the illogic of resting the argument there), Grassley complained that "it’s become abundantly clear that if the Democrats are willing to filibuster somebody with the credentials, judicial temperament and independence of Judge Gorsuch, it’s obvious they would filibuster anybody."