House Democrats to Trump: We won’t consider tax reform until you release your tax returns 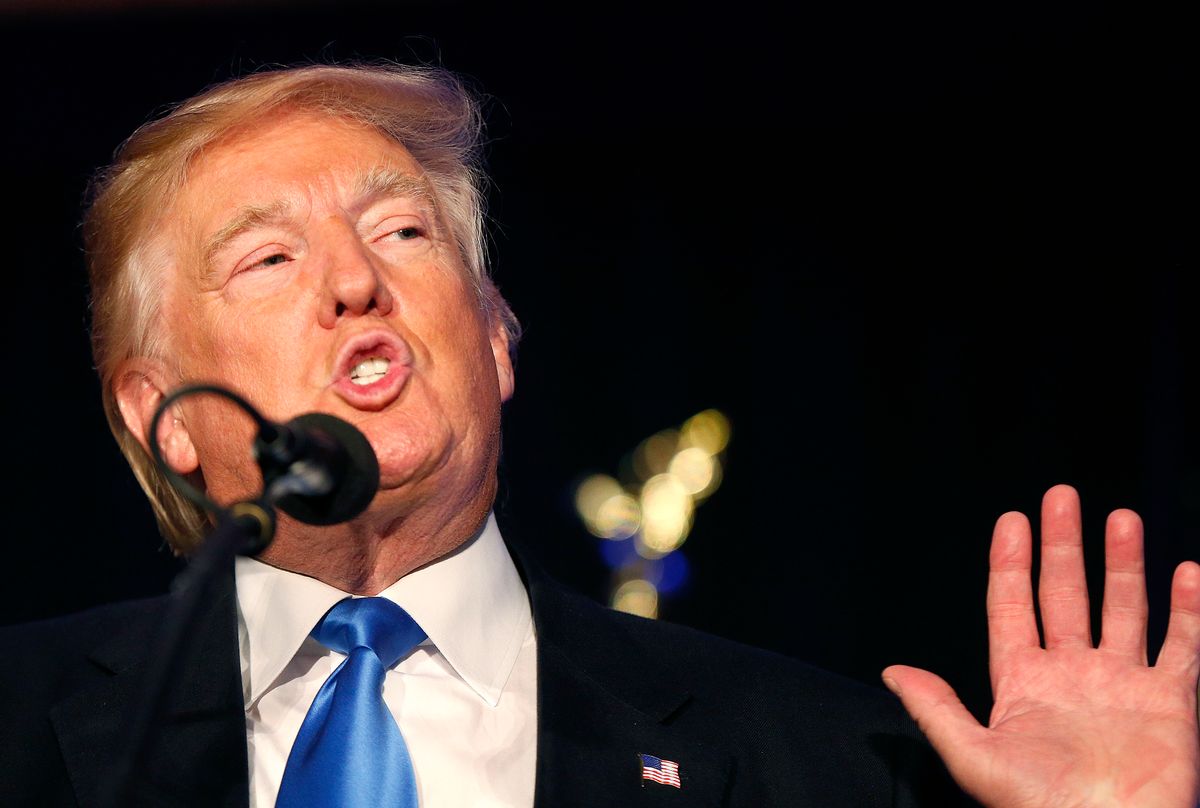 If at first you don’t succeed, try, try again.

For the sixth week in a row, Democrats in Congress have attempted to force President Donald Trump to release his tax returns — this time by threatening to delay any tax reform legislation until he does so.

Trump has said tax reform is the next big agenda item the White House plans to tackle. This comes after the administration oversaw a disastrous attempt to negotiate the repeal of the Affordable Care Act with House Republicans. But New York Democratic Rep. Hakeem Jeffries wants to make sure the president can’t restructure the nation’s tax code before first releasing his own tax returns.

On Monday, Jeffries introduced a resolution that, according to the Hill, “would direct the House to delay consideration of tax-reform legislation until after lawmakers review Trump’s tax returns and determine how the president could benefit from tax-code changes.”

Last month, MSNBC's Rachel Maddow disclosed two pages of Trump's 2005 tax return. The documents revealed that Trump and his wife, Melania, paid $38 million in taxes on $153 million in income — most as an alternative minimum tax (AMT).

Yet in the public sphere, Trump has called for eliminating the AMT, which requires high-income taxpayers to pay a minimum amount in taxes if they claim certain itemized deductions.

Jeffries’ resolution also calls for the House Ways and Means Committee to obtain and review Trump's returns in a closed session.

The chairmen of the House Ways and Means Committee, Senate Finance Committee and Joint Committee on Taxation have the power to request individual tax information from the Treasury Department.

Jeffries' proposal is the latest of many Democratic attempts to make Congress request Trump’s tax returns. None of the attempts have been successful thus far, but Democrats plan to keep forcing debate on the issue every week until Tax Day on April 18.

So far only two Republicans, Rep. Mark Sanford of South Carolina and Rep. Walter Jones of North Carolina, have broken with their party to support Democratic efforts. Another Republican, Rep. David Young, agreed with Democrats but ultimately stood by the GOP, AP reported.

“You run for president, you’re president, you should release your tax returns," Young said at a February town hall. "It’s a distraction and I think the American people should know."

While Trump has argued that Americans "don't care at all" about his tax returns, polling suggests otherwise. A nationwide survey released in January found that 74 percent of respondents want the president to release his tax returns. Nearly 1.1 million people have already signed a petition on the White House website calling for the release of Trump’s tax returns. There are also at least 135 protests across 40 states and D.C. planned for April 15.