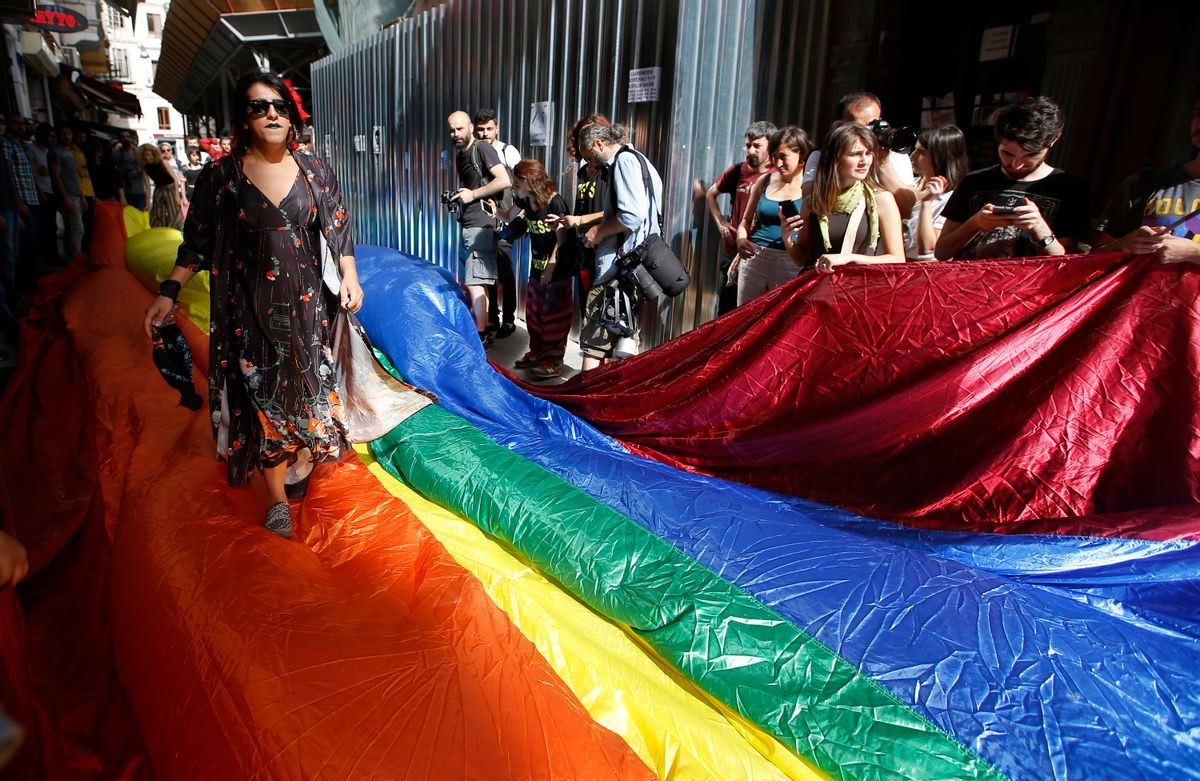 Last week brought terrible news for the LGBT community, thanks to President Donald Trump's decision to revoke an Obama-era order which had forced contractors doing business with the federal government to have complied with federal laws banning anti-LGBT discrimination for at least three years. On Tuesday, however, a federal appeals court in Chicago brought better news, ruling that the landmark 1964 Civil Rights Act will now provide workplace protection to members of the LGBT community.

In an 8-3 decision, the full U.S. Court of Appeals for the 7th Circuit ruled that Title VII of the 1964 Civil Rights Act prohibits workplace discrimination based on sexual orientation as well as based on sex. It was based on the claim that an instructor at Ivy Tech Community College in Indiana named Kimberly Hively was fired because she is a lesbian. Although Title VII of the civil rights law prohibits workplace discrimination based on sex (as well as race, national origin, religion, and color), opponents of gay rights contend that this does not extend to sexual orientation.

Judge Richard Posner, who is one of the eight judges on the circuit court appointed by a Republican president, concurred with Wood. "I don’t see why firing a lesbian because she is in the subset of women who are lesbian should be thought any less a form of sex discrimination than firing a woman because she’s a woman," Posner wrote.

The dissent was written by Judge Diane Sykes, who though conceding that Hively "was treated unjustly" if she had been fired due to being a lesbian, argued that "Title VII does not provide a remedy for this kind of discrimination. The argument that it should must be addressed to Congress."

The 7th Circuit only has jurisdiction over Illinois, Indiana, and Wisconsin, which means the ruling will not apply nationally.