The economy added less than half of the jobs projected for the month of March. Will Trump just blame Obama? 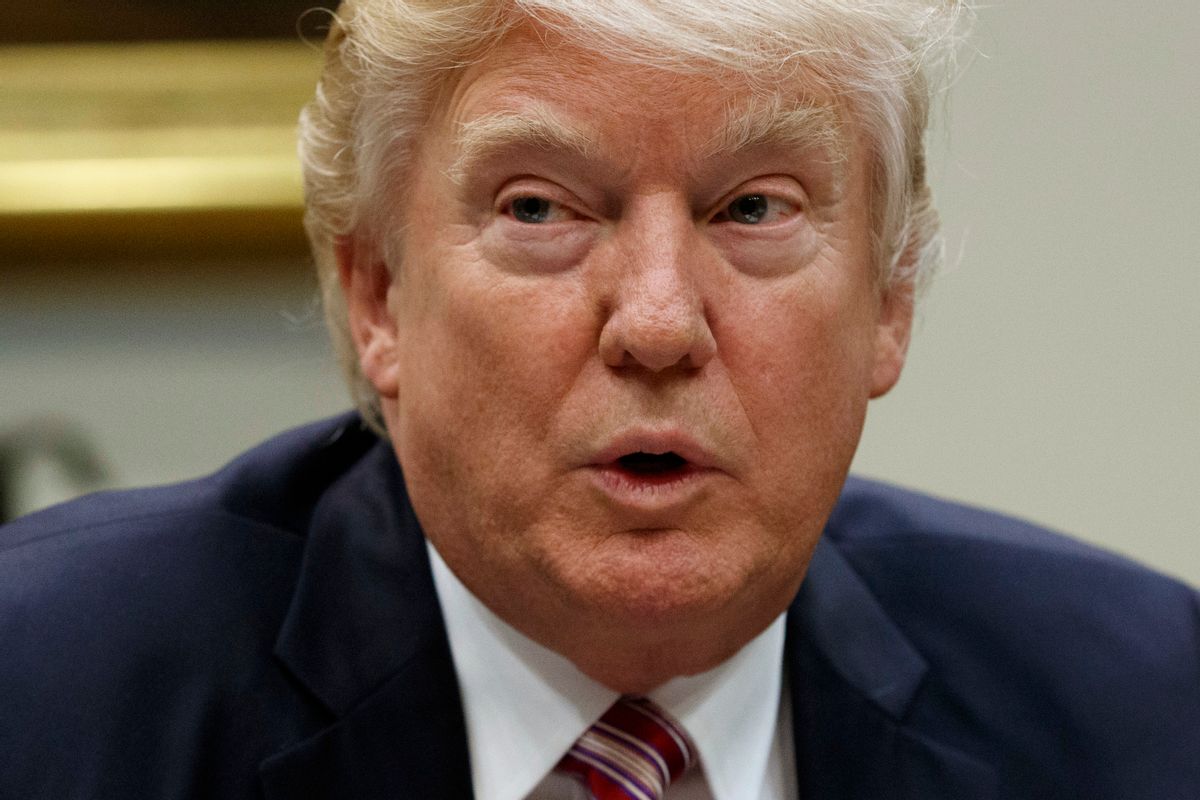 The March job numbers are in and they don't look good for President Donald Trump.

Although economists had expected roughly 180,000 jobs to be added to the American economy during the month of March, only 98,000 were produced during that time. Even worse, the one potential silver lining — namely, that unemployment fell from 4.7 percent in February to 4.5 percent in March — is offset by the fact that because the Bureau of Labor Statistics happened to acquire its household statistics during an East Coast blizzard, they are less reliable than usual.

So how can Trump spin this? If the past serves as any precedent, our politically shrewd president will likely choose one of four possibilities:

Considering that Trump tried to blame President Barack Obama for the Syria chemical weapons attack this week (even though Trump had been a loud proponent of non-interventionism for much of the conflict), it is quite possible that he will try to shift blame toward his predecessor. The problem here, of course, is that

The problem here, of course, is that Trump took credit for the positive jobs numbers posted last month for February — even though those would have almost certainly been more attributable to the lingering effects of Obamanomics than the start of Trumponomics.

Another tactic that Trump has used in the past is to discredit government agencies that give him the news he doesn't want to hear. He even did that last year when the Bureau of Labor Statistics produced a favorable job report during Obama's watch, denouncing the number as fudged by the department.

Yet once again, Trump would run into the same problem he'll confront if he tries to blame Obama: He took credit for last month's favorable jobs report, which was -- as always -- produced by the Bureau of Labor Statistics.

3. He can try to play up the small drop in the unemployment number

The smart money is on Trump using this approach since technically the statistics would be on his side here.

Then again, even if the average of American may not realize that the household figures were unreliable in March, it's hard to account for the anemic job growth and reconcile that with the slight drop in the unemployment rate. Trump is a master of making "alternative facts" stick for those desperate to believe the world of The Donald, but to those who haven't drunk the Kool-Aid, the omission of the actual rate of job creation is glaring.

Finally, the president could just choose to ignore the report altogether. Trump can simply relish in the positive press surrounding the confirmation of his Supreme Court nominee Neil Gorsuch to the bench on Friday or the first U.S. military strikes against Syria's regime that he launched Thursday night.

However, with more and more unemployed Americans struggle to find work, it will be difficult for any amount of spin to conceal their lived experiences.