"All These Sleepless Nights" is a chore to endure: Marczak's drama makes viewers thankful for their age

Directed by Michal Marczak, the award-winning film ultimately falls flat — but not for a lack of trying 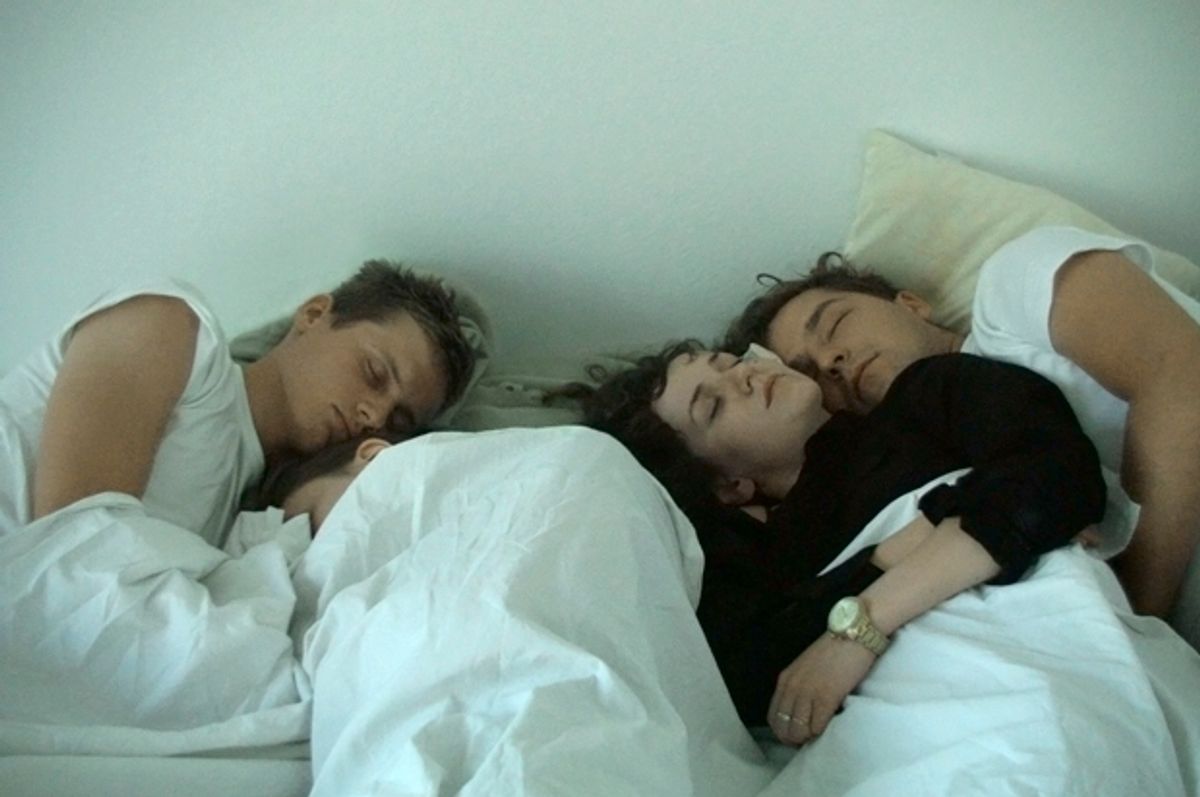 "All These Sleepless Nights" (The Orchard/Michal Marczak)
--

A sleepless night is exactly what you would not have if you try to sit through "All These Sleepless Nights."

The celebrated Polish film won director and co-writer Michal Marczak the price for best director in world cinema documentary at last year’s Sundance Film Festival. His film, set to an electronic dance music playlist, is certainly unique in that it is a documentary-drama hybrid. It follows Kris (Krzysztof Baginski) as he bounces between parties searching for love — or something like it — after breaking up with Monika, his girlfriend of five years. But for many viewers, this film will get on their last nerve and stay there.

In the opening scene, Kris calculates how many days the typical human spends doing mundane things such as eating potato chips, breaking up or feeling bored. In real life, viewers can add enduring this film's 105 enervating minutes to the latter activity.

In the film, Kris brings his buddy Michal (Michal Huszcza) along for a wild ride through Warsaw.

Marczak’s cinematic style is similar to that of Terrence Malick, who directed "The Tree of Life," "King of Cups" and most recently "Song to Song." Both directors make use of dreamy scene transitions and seem to be unconcerned by dramatic plot or character. While that strategy isn't necessarily a bad thing, it presents problems when the lead character isn't compelling. Such is the case with Kris, who is more annoying than charming, making it difficult for viewers to develop much interest in his life.

Still, the film does contain a few terrific scenes; for example, when Kris wanders through rows of parked cars or when he stands near tracks when a train speeds by in the hopes of feeling something.

Mostly, though, he numbs himself with booze, drugs and cigarettes in irritating scenes, such as when he dons a bunny suit and yells at innocent couples in the park. Another particularly frustrating moment features his girlfriend Eva (Eva Lebuef) — who just happens to be Michal's ex — in the nude. Although "All These Sleepless Nights" captures some moments of visual poetry, it never creates much in the way of raw emotion.

Perhaps part of the problem is that the action is far more entertaining for the people on the screen than for those watching. When the two friends head to Michal's estate, they soak each other with a hose and shriek with laughter. This childish behavior is dull for anyone not engaged in it: Imagine watching drunks on a late-night subway ride and you'll know what I mean.

Marczak uses a title card to alert viewers that Kris is prone to “reminiscence bumps,” which the director defines as the tendency to harp on childhood memories and this may account for Kris' state of arrested development. It could also explain the main character's penchant for self-sabotage, but this hardly generates any sympathy from the audience.

Stripped down, Kris is a self-involved 20-something who drinks, uses drugs and dances every night of his life away. His lack of personal responsibility or accountability is irksome to any viewers older than he is, and his eagerness to get in trouble (without a willingness to accept consequences) is doubly maddening.

“All These Sleepless Nights” is simply a chore to endure. The film is endless and no scene is that memorable; when Kris says Monika is “in the back of his mind,” viewers have most likely forgotten about her already.

Marczak's editing style, which implores viewers to recalibrate where the characters are half the time, contributes to this lack of involvement. The breakup scene early in the film is shot elliptically with a series of blackouts interrupting the dialogue. It may be a stylistic device, but the result is more distracting than effective. Later in the film, the action is unclear as Kris is swimming in the water one minute, on land the next and then back in the water after that.

“All the Sleepless Nights” tries to capture that time of youth when life is carefree — a time when one can break into song at a moment’s notice, as the characters often do, or act profound and stupid at the same time, as when Eva and Kris are lying in the grass and she observes that if they were really small the grass would be like a forest.

One of the rare dramatic scenes shows Kris informing Michal that he no longer wants to be his roommate. Kris does this so he can be with Eva and have sex with her without incurring Michal’s jealousy or wrath. Alone in the apartment, Eva and Kris act out sexual fantasies. When we see Eva dressed up as a nurse talking about examining Kris’ “very large cock,” viewers feel embarrassed for them.

There are other equally cringe-inducing moments that are more pretentious than sexual; they range from a character asking, “Can you see my loneliness?” to Kris answering the question “What do you do?” with “I look for what I’m missing.”

“All These Sleepless Nights” raises this central question: Who would want to spend one minute, much less 105 minutes, with this guy? I did — and regret it.