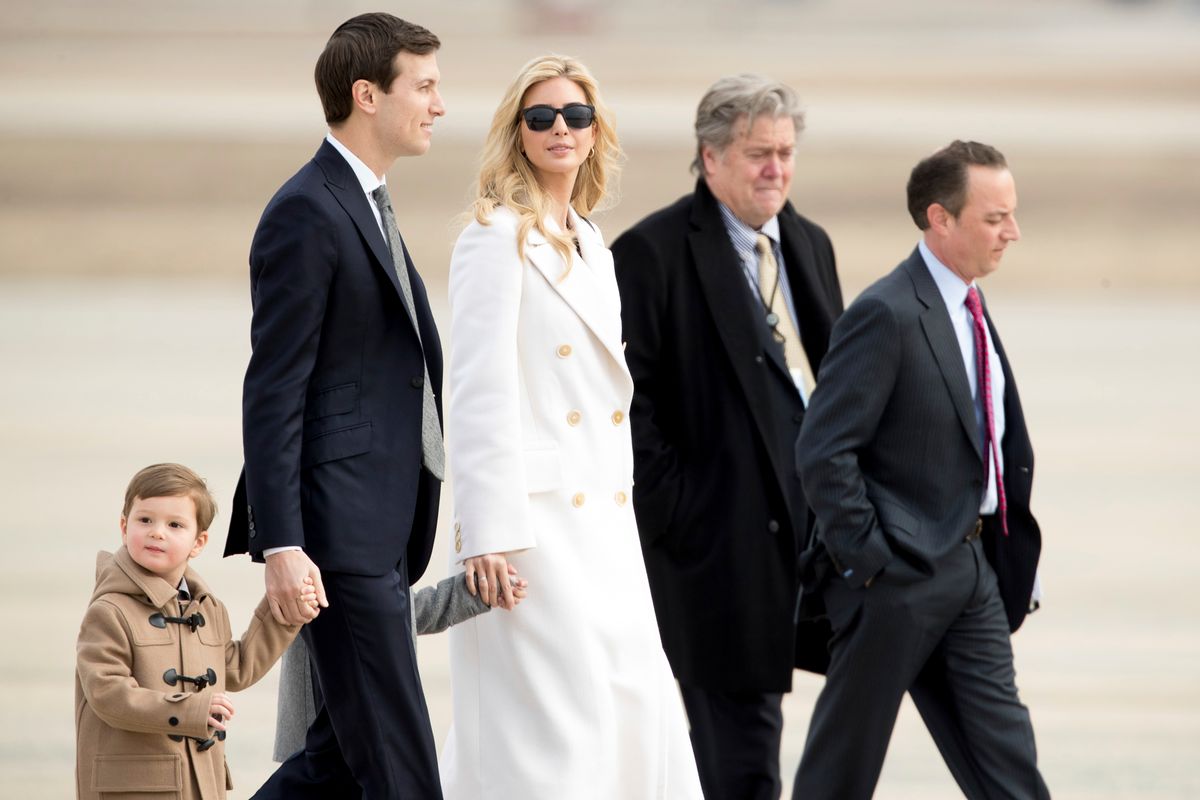 White House chief strategist Stephen Bannon was reported to have said "I love a gunfight," and for his sake he better hope that is true: In the battle for the soul of the Trump White House, he is going to need all the metaphorical ammunition he can get.

President Donald Trump's decision to attack Syria with missile strikes was apparently executed over Bannon's strenuous objections, according to a report by New York Magazine. Bannon's reasoning was that the missile strikes violated Trump's America First ideology, while his ideological foe in the White House — Trump's son-in-law Jared Kushner — insisted they were necessary as a response to Bashar al-Assad's use of chemical weapons against his own people.

Although one associate of Bannon told New York Magazine that Bannon and Kushner used to have "an almost uncle-nephew thing going," that has changed as Kushner has increasingly seen fit to challenge Bannon's populist ideology.

While Bannon's office contains a board that lists what he believes represent Trump's core populist promises, Kushner has pushed against them with a centrist perspective that has caused Bannon to call him a "Democrat." (Kushner has indeed given a great deal of money to Democrats and has in the past expressed admiration for presidents Franklin D. Roosevelt and John F. Kennedy.)