Republicans are coming after Paul Ryan: He needs a "change in direction" 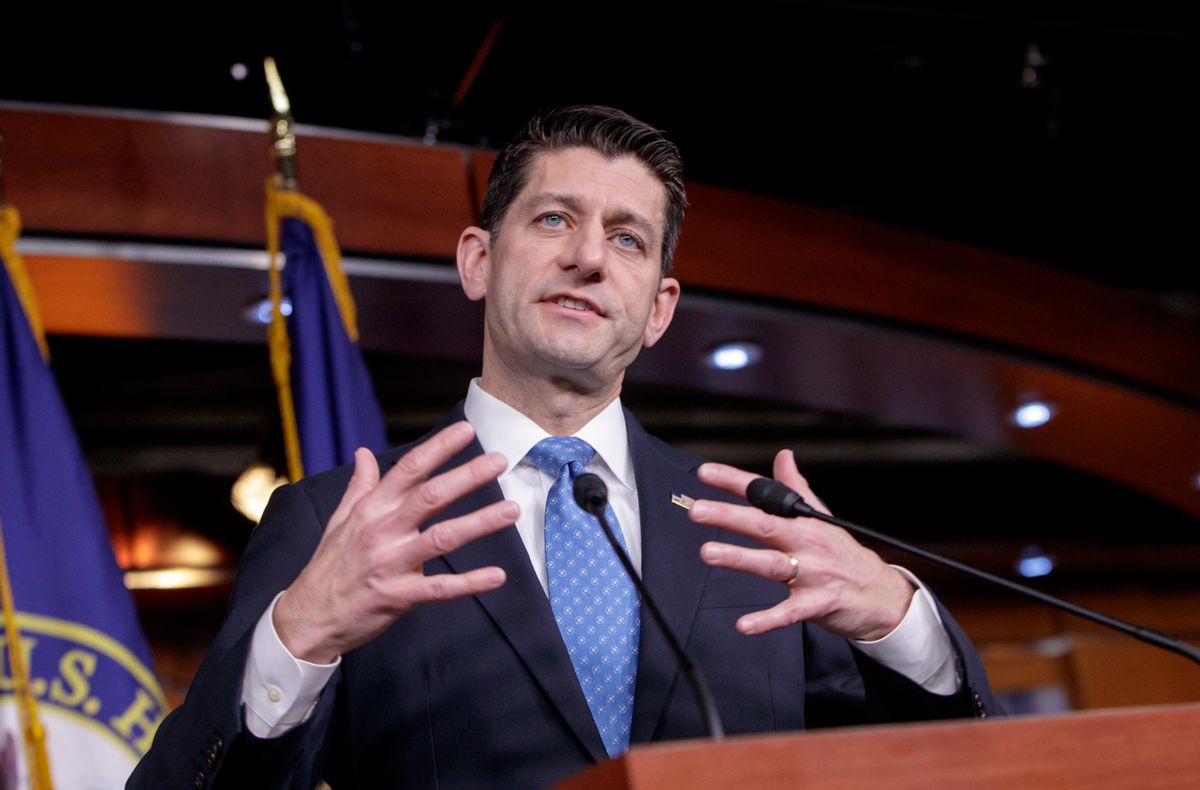 Republicans are still pointing the finger after the embarrassing collapse of their initial Obamacare repeal-and-replace effort, and those fingers seem to be pointed in the direction of House Speaker Paul Ryan.

"We need either a change in direction from this speaker, or we need a new speaker," Amash told a questioner inquiring about partisan gridlock in Washington during a town hall meeting in Cedar Springs, Michigan.

Although Amash is part of the House Freedom Caucus, which played a major role in defeating Trumpcare, the caucus chairman Rep. Mark Meadows of North Carolina told ABC's "This Week" after the bill didn't go through that there were "no conversations going on" about replacing Ryan.

"When we go home for the weekend, they give us a set of talking points. They say, 'Here are your talking points.' That's not the way you're supposed to represent a community," Amash told his audience.

Amash's open hostility toward Trump can at least partially be explained by the decision of senior White House aide Dan Scavino to call for Amash to be defeated in his primary election next year.

Amash also estimated that between 50 and 80 Republican congressmen would have voted against the Obamacare repeal-and-replace plan had it been put up to a vote. He argued that the Trumpcare bill was "rushed through" and written up in an excessively partisan manner.

"Let's start over in a bipartisan way. We should have worked with Democrats from the very beginning. At the end of the day, you cannot pass legislation... that affects so many people and not have it be bipartisan," Amash told his constituents.

He also denounced Trump's attack on Syria on the grounds that he had not received authorization from Congress first, arguing to his constituents that "you didn't have a say about it, and that's wrong."