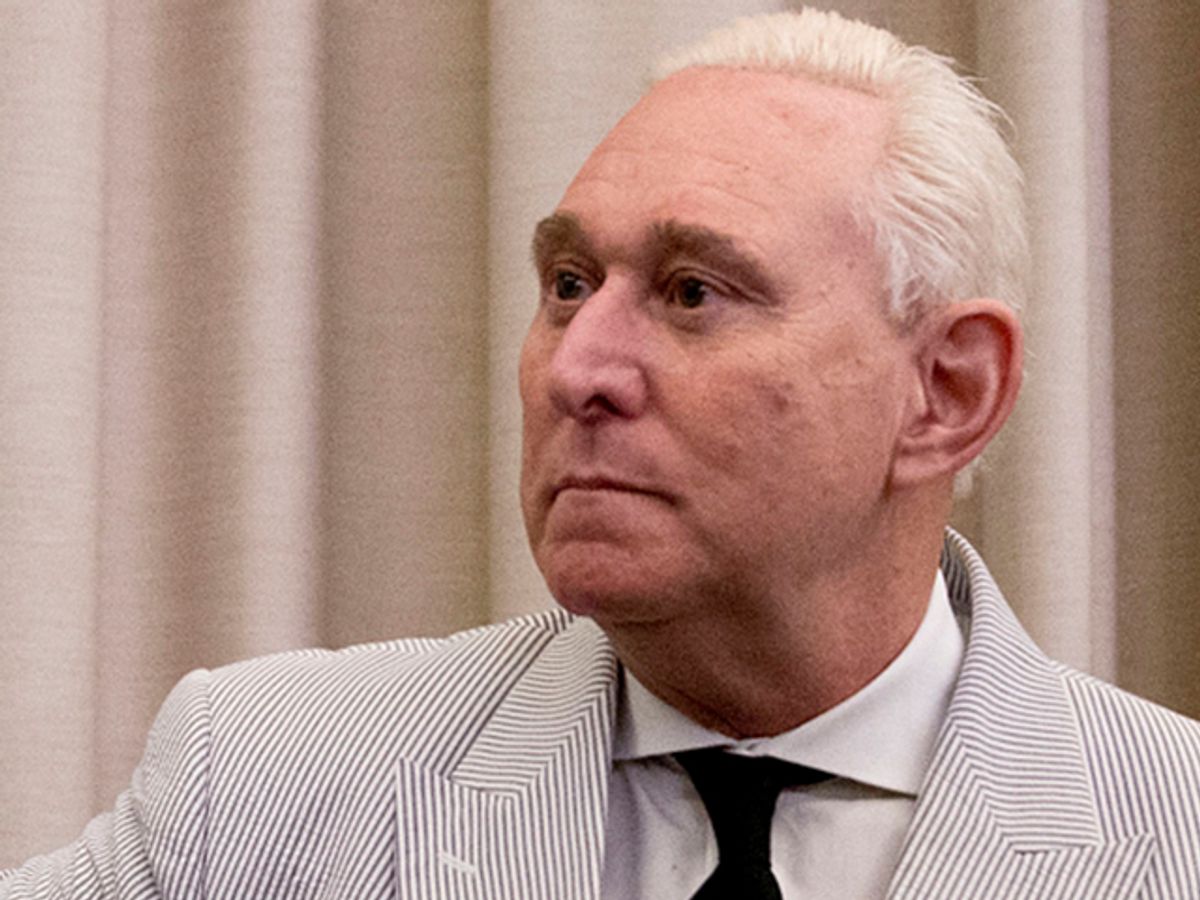 It is fair to say that Roger Stone doesn't like me very much.

During our interview on Wednesday, I pointed out an important inconsistency in one of the Clinton-related scandals that he covers in his new book, "The Making of the President 2016." The interview soon ended with him referring to me with a particularly vulgar twelve-letter word.

Before I get into that, however, it behooves me to point out that Democrats are also guilty of that hypocrisy.

As I observed in an editorial for "The Daily Dot" nearly two years ago, there are a number of sexual assault allegations against former president Bill Clinton. Given the Clintons' close professional relationship, it is reasonable to at least ask questions about what role if any Hillary Clinton played in trying to distract attention from those allegations or discrediting and/or silencing her husband's accusers.

While Democrats have an ethical responsibility to forthrightly acknowledge both Clintons' behavior, as of October twenty women had come forward by name to accuse Donald Trump of sexual assault.

Since Stone's book makes hay out of the Clinton-related allegations, and the proof regarding them is no stronger than the proof about the allegations against Trump, I wondered if he would be willing to apply the same logical standard to the former as the latter?

The answer, as our interview displayed, was a resounding no.

Stone hemmed and hawed and hedged, bobbed and weaved and deflected. Finally, he admitted that he refused to believe the allegations against Trump because he personally knew the man. At no point did he confront the fact that the was applying a double-standard, one that was clearly motivated by both partisan and personal biases.

It's easy for us to look down on Stone for this hypocrisy, but the truth is that we are all guilty of it. Maybe some of us are better than others when it comes to the specific sexual assault allegations surrounding Bill Clinton and Donald Trump, but no one is totally innocent when it comes to the scandals that surround our favorite political figures. We want to believe that the people who disagree with us are villains and the ones who share our views are virtuous. When a scandal emerges surrounding someone we support, we are generally inclined to dismiss it, challenge it, or even imply sinister motives to those who draw our attention to it. When it emerges about someone we oppose, we are just as inclined to quickly sweep aside any reasonable doubts that may exist in order to embrace it with open arms.

Stone may be a political hack, one whose ignominious career stretches back to the days of Richard Nixon, but his response to these questions shouldn't be confused as unique to political hatchet men.

Before we judge him, it behooves us to take a hard look at ourselves. I know that I will.