Business, not the base: Donald Trump will backtrack on policies if a CEO tells him to 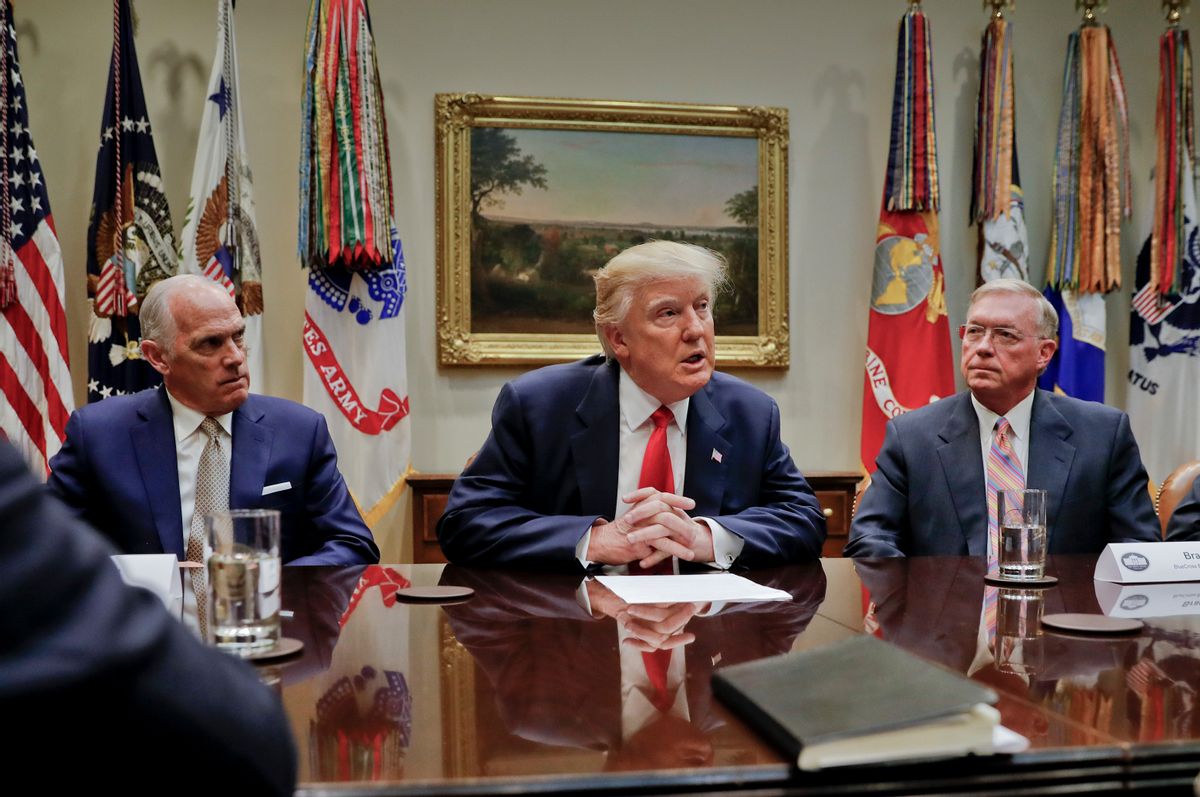 The feud between President Donald Trump's top two advisers, chief strategist Steve Bannon and son-in-law Jared Kushner, may reflect a deeper dynamic: When it comes to the struggle between populism and business thinking in shaping his policies, the business thinkers are winning.

For instance, Trump has stopped insisting (as he did during his presidential campaign) on calling China a currency manipulator due to the waning influence of anti-globalism populist Bannon, according to a report in The Wall Street Journal. Similarly, Kushner has joined Secretary of Commerce Wilbur Ross and National Economic Council director Gary Cohn in urging Trump to take a more moderate approach in handling Mexico.

Cohn and Kushner joined Ross when he met Mexico's Economy Minister Ildefonso Guajardo at a joint March 10 press conference to proclaim that they were starting the "beginning of a working relationship to help bring progress and development to both our nations."

Just as Bannon's diminishing influence has softened Trump's tone toward China, so, too, has the departure of former national security adviser Michael Flynn apparently caused Trump to shift tactics on Mexico.

Finally, Trump has even changed his views on one of his signature issues, trade, due to the intervention of an outside CEO. Although Trump had long opposed the Export-Import Bank, the Journal reported that a conversation with Boeing Co. CEO Dennis Muilenburg helped him not only understand how the bank functions, but also conclude that it plays an important role in helping small businesses. As a result, Trump is now going to start filling positions at the bank that had previously been left vacant.