Flake, a vulnerable Republican, was flamed over Trump's border wall, the secretary education and climate change 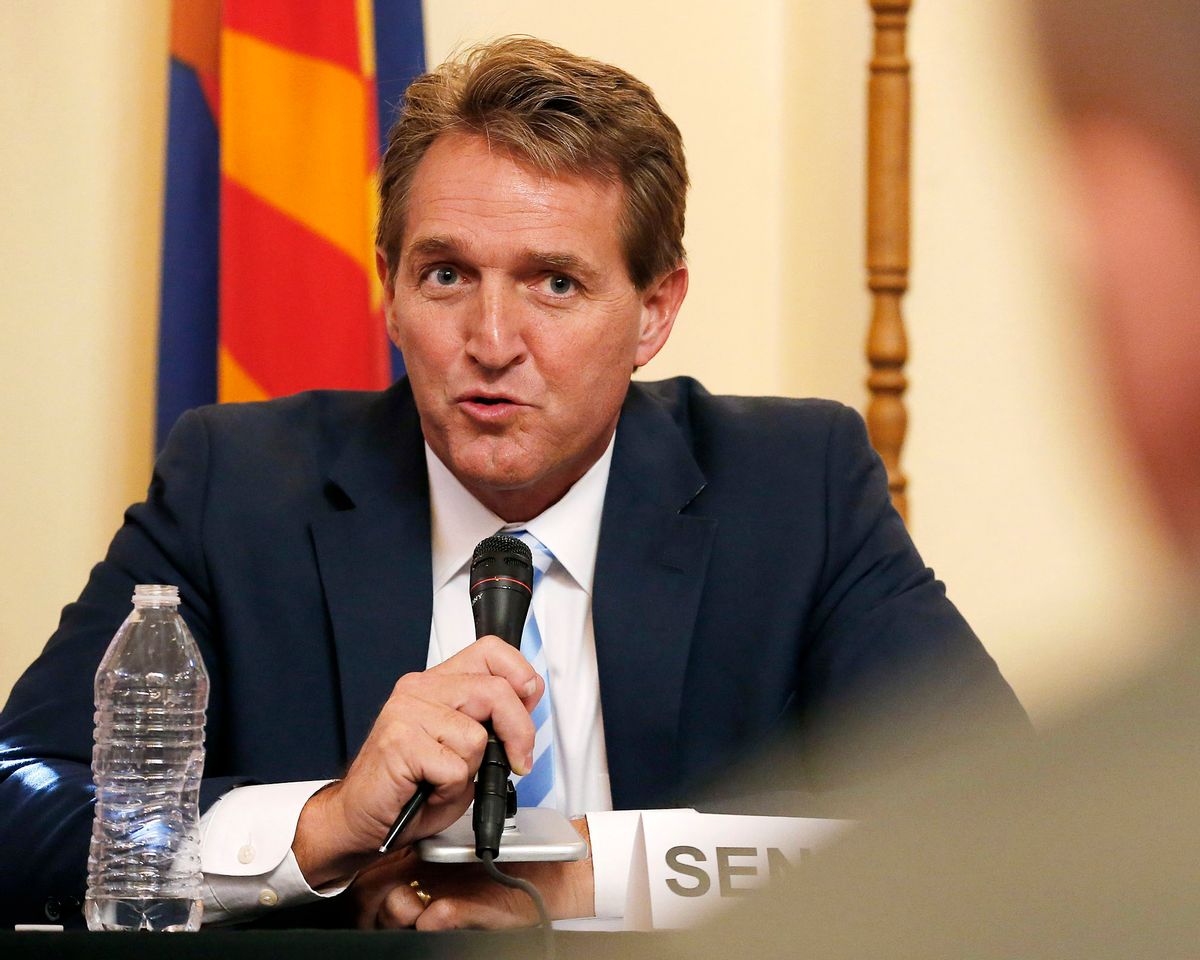 On Thursday, Arizona Sen. Jeff Flake became the latest in a long line of Republican politicians to got to a town hall event and meet an angry constituency, upset by President Donald Trump's actions — and the GOP's plan to gut the American health care system.

When Flake told the audience that "I will continue to support, as much as I can, our free-market system of health care," he was greeted with a chorus of boos.

"The last thing we need to happen is to have people who have coverage now to have that coverage yanked out from under them," he added.

Although Flake acknowledged that climate change is real, he was still taken to task for wanting to reduce government spending on scientific research projects. Similarly, when he insisted on supporting Republican efforts to defund Planned Parenthood, members of the audience began chanting, "You work for us! You work for us!"

At times Flake tried to strike a conciliatory note. When confronted with hostility for his support of Secretary of Education Betsy DeVos, Flake repeatedly attempted to reassure the crowd by saying, "We disagree on Betsy DeVos, I'm sorry that we disagree." He even attempted to see eye-to-eye with them on the issue of Trump's proposed border wall, which Flake characterized as unrealistic.

"The notion of a 2,000 mile wall, nobody believes that that's going to happen. But we do need border security," he told the audience of constituents.

Flake is up for reelection in 2018 and, along with Sen. Dean Heller of Nevada, is considered to be among the most vulnerable Republican Senate incumbents.