Aaron Hernandez, a former Patriots player, still faces a life sentence after being found guilty for a 2013 killing 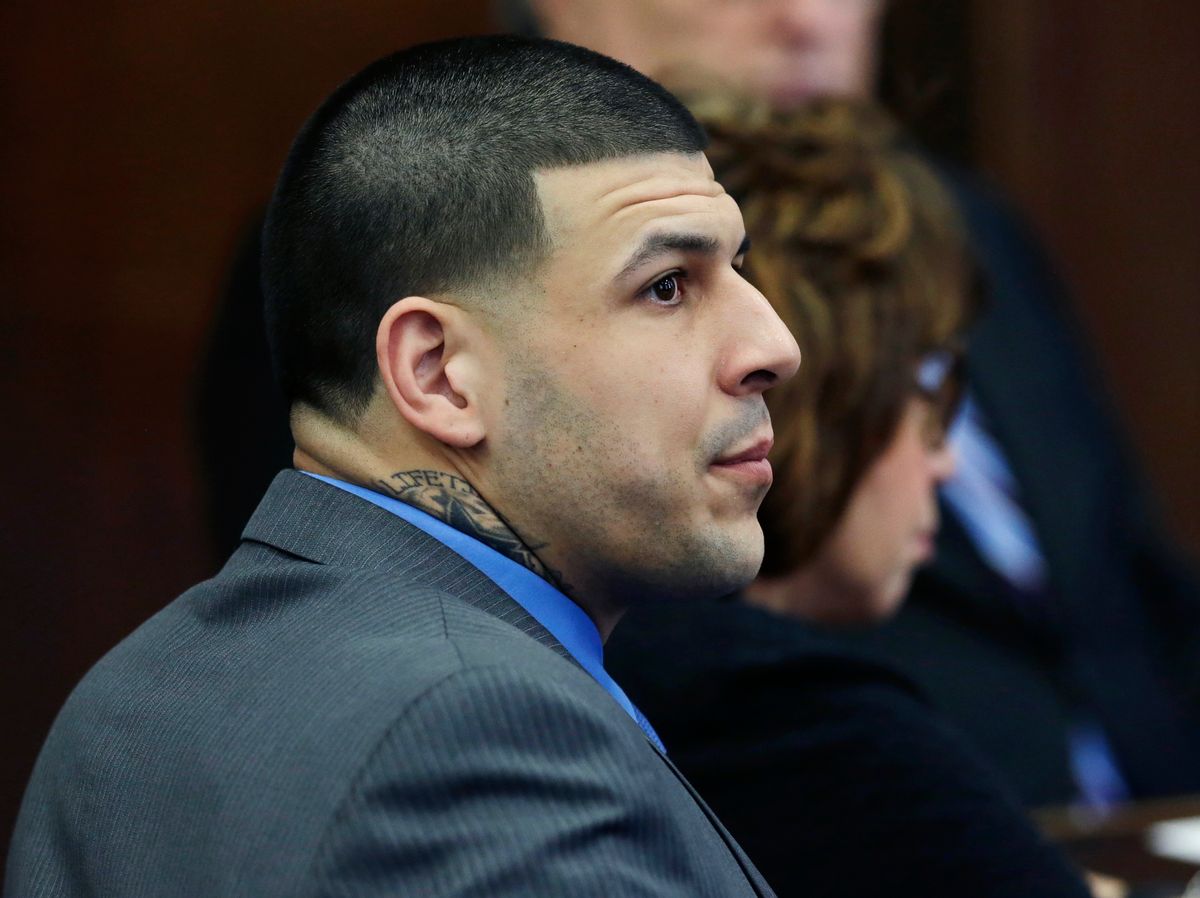 Aaron Hernandez gets a pass, but he will still live the rest of his life in prison. On Friday, a Boston jury found the ex-NFL star not guilty of murdering two men in 2012, Reuters reported.

Hernandez, a 27-year-old former New England Patriots player, was found not guilty of almost all charges — barring a weapons possession court — associated with the double-murder, including witness intimidation. The incident occurred outside a Boston nightclub in 2012 and reportedly began over a spilled drink.

The football star reportedly has a bad temper, and several witnesses to his alleged double-murder took the stand. One such witness was Alexander Bradley. Bradley claimed that he was in the car when Hernandez shot and killed Daniel Abreu and Safiro Furtado, both Verdean nationals.

Hernandez’s lead defense lawyer wasn’t buying it. Jose Baez, the attorney who defending Casey Anthony in 2011, argued that Bradley was the perpetrator and was testifying against his client in exchange for immunity. Baez also highlighted the fact that there was no forensic evidence linking Hernandez to the two victims that night.

Despite being found innocent, Hernandez left the courtroom today in tears after the judge sentenced him to an additional four to five years for the weapons conviction, according to Reuters.

Still, Hernandez will still serve a life sentence for another crime he committed. The former tight end was found guilty of killing Odin Lloyd in an industrial park in June 2013. For that murder, he was given a life sentence without the possibility of parole.