How will Big Data change gerrymandering? Both parties are eager to know what you do online 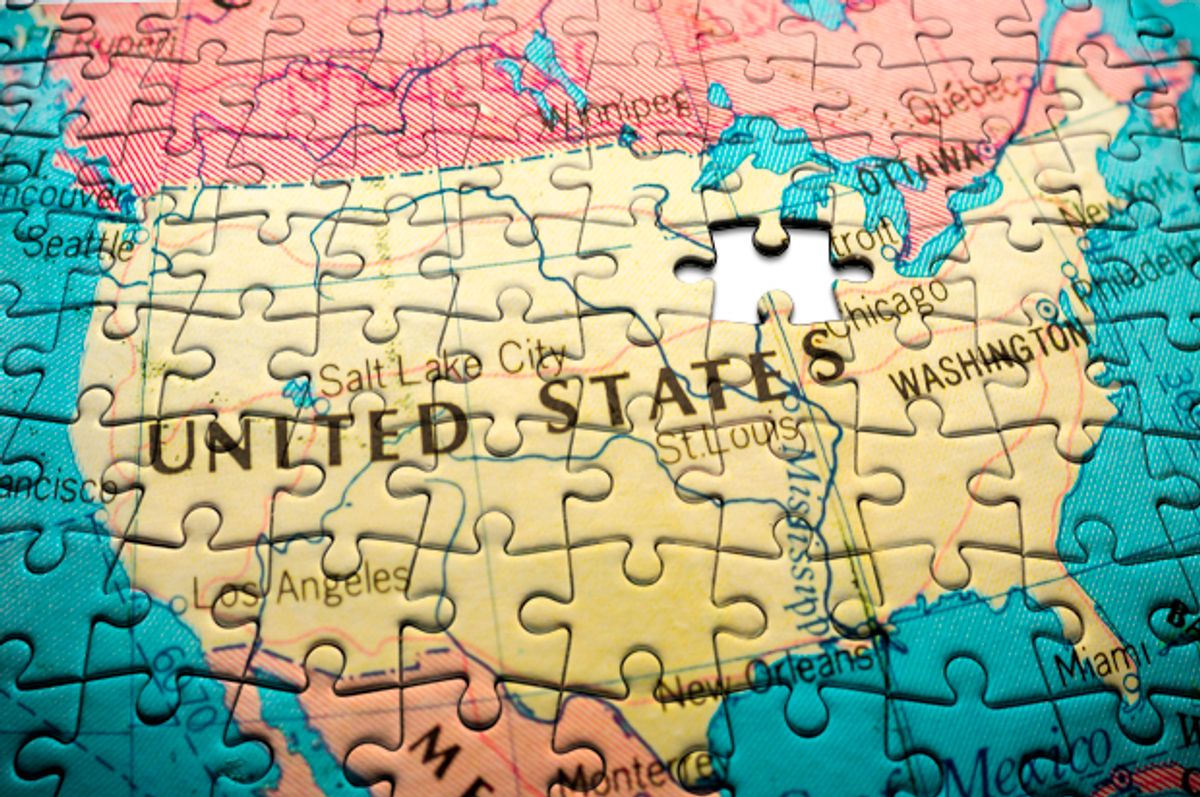 When you exit the Pennsylvania Turnpike just north of Pennsylvania, on Main Street in working-class Norristown, you’re in the overwhelmingly Democratic 13th congressional district -- at least for a couple of miles. The help-wanted signs are in Spanish; people walk past the Premier Barber Institute, bail bondsmen, and the 99-cent stores wearing branded short-sleeve shirts from their chain-store jobs.

But come around a corner and up and hill and suddenly the neighborhoods turn leafy and green. Suburban-looking dads walk large dogs with flowing tresses. The houses are lovely and set back from the road. This three-quarter-mile stretch is in one of the nation’s most infamously gerrymandered districts, Pennsylvania’s reliably Republican seventh, a one-time swing district so wildly drawn that it resembles Donald Duck kicking Goofy. Signs warn drivers not to tailgate.

Then the neighborhood shifts again and the demographic becomes slightly more downscale. A beer depot and gun store let you know you’re in Pennsylvania’s sixth, another Republican district, which divided suburban Montgomery and Berks counties to create a seat just competitive enough to tantalize Democratic hopes, without fear of actually going blue.

One road, one mile, three different neighborhoods, three different districts -- each one surgically crafted by partisan mapmakers to maximize Republican advantage. It’s detail like this -- the sophisticated packing and cracking of Democratic voters, the squiggly, backtracking district boundaries -- that has made it possible for a largely blue state to send an overwhelmingly Republican delegation to Congress (currently 13 of 18 seats), even in years when Democrats get more votes.

That precision, in turn, is driven by Big Data. You can create districts this skillfully when you know a lot about who lives where, and how they are likely to vote. Mapmakers have more information than ever when they create these basic building blocks of our democracy. Some of this information is public, such as detailed demographics from the census, public-record databases, voting records and precinct-level voting results. But some of it is purchased: consumer preferences, magazine subscriptions, insights gleaned from social media.

A lot more information is about to become available. Earlier this week, Donald Trump signed a repeal of Obama-era privacy restrictions that had been scheduled to become law at the end of this year. Those rules would have required internet service providers like Verizon and Comcast to get your explicit permission before selling your web-browsing history and other personal data collected every time you visit a site or conduct a Google search.

How will this affect the next round of redistricting in 2021 (or sooner, in states like Wisconsin that face court-ordered redraws in 2018)?

No one knows how the ISPs will respond. While they lobbied for the right to market and monetize these histories, they’re not likely to expose individual records, most experts suggest, but rather to build models based on this information and sell those profiles to advertisers. And yes, political parties are likely to be pretty interested in these details.

Bonier believes that huge companies doing massive ad campaigns -- McDonald’s and Microsoft -- are likely to line up first and become the largest clients for this information. Political parties, he says, will be much smaller players in comparison -- though they will find it valuable.

“It would certainly provide a depth of understanding of an individual’s motivations, of their partisanship, their ideology, their intensity,” he says. “If they could produce a synthetic variable to say, ‘This is a person who tends to consume information from sites like Breitbart or Microsoft, that’s gold. But McDonald’s isn’t going to be interested in that, and that’s where most of their ad revenue comes from.

Tom Hofeller, the genius mapmaker who has led Republican redistricting efforts over several cycles, suggested to me that when it comes to personal data, the cat’s out of the bag regardless of the new rules.

“This is, essentially, a variation on the proposal to use 'micro-targeting' data from redistricting -- which was advocated for this last cycle.  It might be useful, but some research has to be done to determine its efficacy,” he wrote in an email.

Nevertheless, Hofeller sounded at once alarmed and resigned to the information already available. “Of course, as a member of the Pre-Boomer generation, I am abhorred [sic] by the diminishing lack of personal privacy in present society. I imagine that the negation of the rule which you address won’t make much change anyway. Big everyone is watching.”

Meanwhile, Stanford professor Nate Persily, a nonpartisan constitutional law and voting rights expert who has drawn court-ordered maps in many states, suggested that the truly valuable information for redistricting does not come from a web browser.

“I don't think this level of individual data makes any difference for the redistricting process,” he said. “The coin of the realm is political data at the census-block level. Most of this can be garnered from precinct-based election results, sensibly broken down according to various algorithms.”

Bonier suggested, however, that while the actual data points most mapmakers are looking at now have not varied much from the ones they would have looked at 20 or 30 years ago, the difference is in the accuracy and the depth of understanding. Stronger, more accurate data leads to stronger, more accurate maps, he said.

“In 2011, mapmakers made great leaps forward in their ability not to make mistakes -- not to create a district that they thought was going to be a safe district that ended up not being safe,” Bonier says. Indeed, exactly one congressional seat has changed hands this decade on these maps in otherwise swing states like Ohio, Pennsylvania, Michigan, North Carolina and Wisconsin.

“The more data that these individuals have in their hands, the fewer mistakes they are going to make," Bonier continued. "Unfortunately from an anti-gerrymandering perspective, the more data you have, in my mind, the more likely you are to have these more tortured and tormented district boundaries. The ones that zig and zag all over. While those zigs and zags are dictated by data, they're saying, ‘Let's go and pick up this area that will do this thing for a district.’” When you have more data and information, you're going to zig and zag a lot more.

So whether these particular data sets make a difference, what we know is this: Mapmakers of all partisan persuasions in 2021 will be armed with better data, stronger computers and more sophisticated algorithms. It makes serious, structural reform that takes the pens away from partisans and changes the way we think about elections all the more important.

“This is the bottom line from a redistricting perspective,” says Bonier. “They’re going to be armed with more data -- and less likely to make mistakes with it.”

Back in Pennsylvania’s tortuous sixth, looping toward a stretch of the interstate where you can cross the three districts within 800 feet, the roads are named for presidents: Monroe, Van Buren, Madison. A gas station uses the Mobil font and red, white and blue colors, but is called Liberty. It takes a moment to realize this is Valley Forge, where George Washington’s army persevered through the bitterest moments of the Revolutionary War. It’s also where Big Data -- the very information about to be unleashed on a larger scale than ever before -- has helped carve up our democracy beyond recognition.