Trump's longtime friend is a master of deflecting questions. Here are the best moments from our conversation 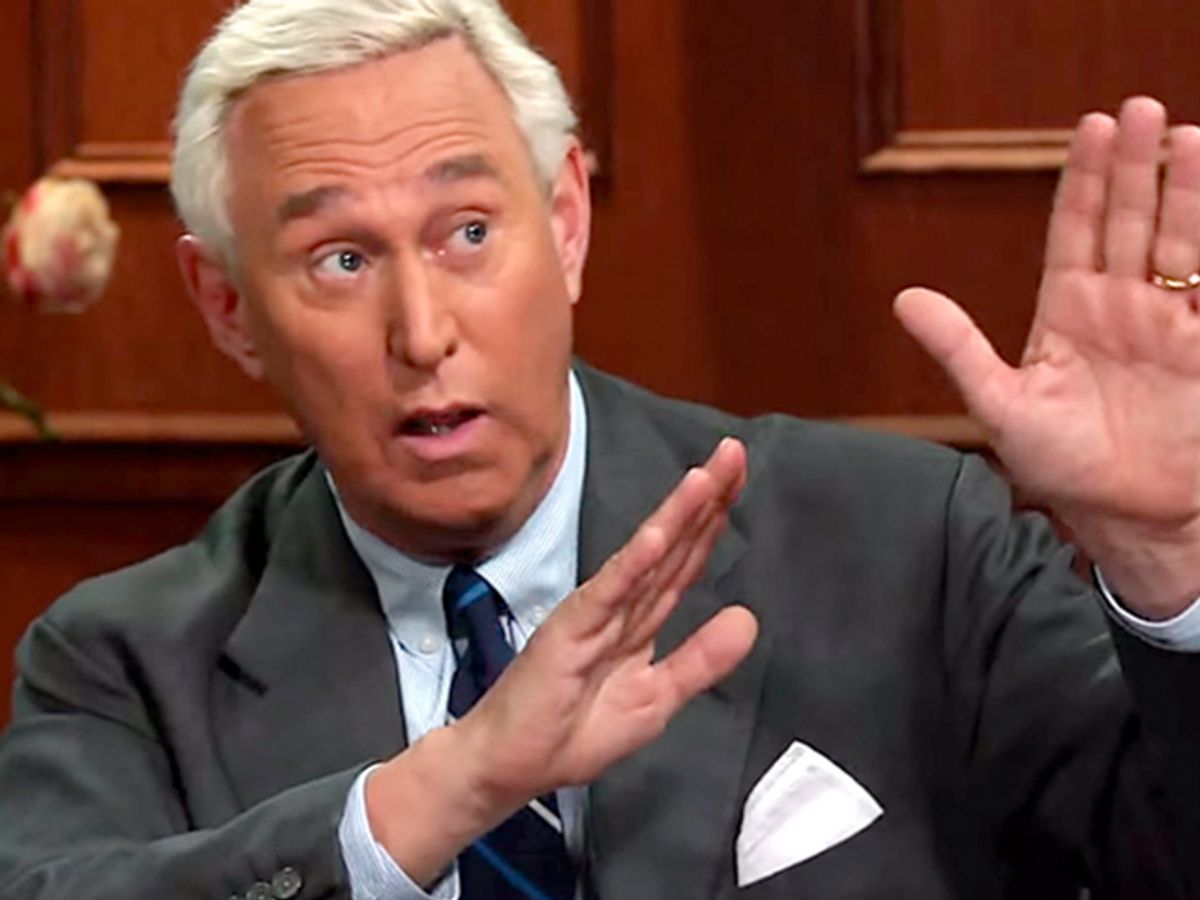 During an interview with Roger Stone, a longtime friend of and former aide to President Donald Trump, he repeatedly avoided answering questions on several topics.

1. He refused to answer whether he would be criticizing a Democratic politician if an overwhelming circumstantial case of collusion with a foreign power existed against them (such as the case that exists right now about Trump and Russia).

2. He refused to answer why he implied that the Russian government may have been behind a hit-and-run against him, as well as if there is something about his Russian ties he wanted to hide.

3. He refused to say whether Richard Nixon was justified in meddling with the Vietnam War peace process led by then-President Lyndon Johnson. Nixon's effort, which was meant to help him win the 1968 election, could be comparable to Russia's alleged interference in the 2016 election. He would not respond when asked if he would've supported Trump had the allegations been proven.

4. He refused to answer my question about the double-standard he applies to sex scandals involving Bill Clinton and Donald Trump — he believed the women who accused Clinton but questioned those who accused Trump.

Stone's deflections exposed two underlying issues. The first, as demonstrated by his refusal to answer questions one and four, is the problem of excessive partisanship in this country.

As I pointed out during our interview, Stone repeatedly uses circumstantial cases to condemn politicians he dislikes such as Hillary Clinton and Ted Cruz. However, he refuses to acknowledge that the circumstantial case against Trump would be equally damning if his own logic were applied.

Similarly, as I've discussed already, Stone does not apply the same standard to women who accuse Trump as he does to the ones who accuse Clinton.

The other issue, of course, is the ongoing controversy surrounding the connections between the Trump administration and the Russian government.

By failing to explain why the car accident may have been perpetrated by the Russian government, Stone leaves us with the unavoidable conclusion that he can't answer it — at least, not without admitting that there really is more to the Trump-Russia rumor than he lets on.

Likewise, by refusing to acknowledge the evidence that Nixon meddled in the Vietnam peace process, he ducked accountability for the allegations made about Trump and his advisers right now with Russia.

I also called out Stone when he tried to deflect from the Russia question by mentioning Syria — namely, by arguing that Trump couldn't have colluded with Russia because he subsequently went against Russian interests with the airstrike in Syria. To Stone's credit, he conceded that an investigation into Trump's relationship with Russia is indeed justified.

As the cherry on top of a tense interview, Stone called me a "motherfucker" as we were wrapping up. The remark was unexpected, but it also signifies something proven true in politics. Making people angry is just like breaking a sweat: It means you're either doing something very wrong or very right.

I'll let you be the judge.