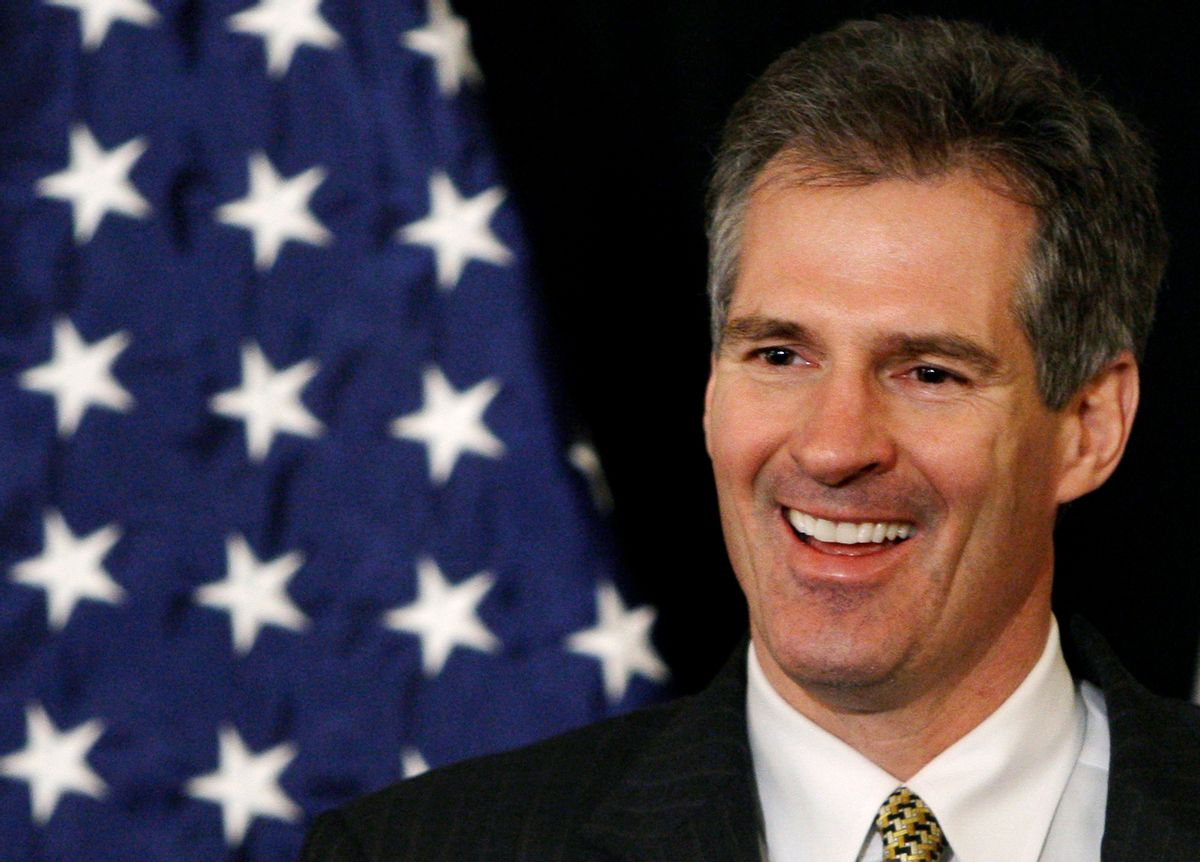 One of the most widely circulated daily newspapers in New Zealand reported the news that President Donald Trump has tapped former Massachusetts senator Scott Brown to be America's next ambassador to New Zealand with a hilarious headline.

"Man tipped for US ambassador role in NZ a former nude model who supports waterboarding," The New Zealand Herald wrote on Thursday.

The last time the Massachusetts Republican made headlines, it was for daring Sen. Elizabeth Warren (the Democrat who defeated him in 2012) to take a DNA test in order to prove her Native American heritage. Brown was supporting Trump's presidential bid at that time.

That may change now, though.

"President Donald J. Trump today announced his intent to nominate Scott Brown as Ambassador to New Zealand," said the White House in a press release on Thursday, according to a report by The Boston Globe. This would be a major boost for Brown's political career, which faltered after his 2012 loss to Warren was followed by a defeat in the 2014 New Hampshire Senate race to Democratic candidate Jeanne Shaheen. His most notable political success was defeating Democratic candidate Martha Coakley in the 2010 Senate special election to replace Sen. Ted Kennedy of Massachusetts, who had passed away the previous year.

Brown is also famous for having appeared nude in a June 1982 issue of Cosmopolitan. As the winner of "Cosmo's 1st Male Centerfold Contest," Brown discussed being a 22-year-old law student at Boston College and described himself as "a bit of a patriot."

From the local coverage of the breaking news Thursday, it's apparently clear how New Zealand feels about Brown's appointment.