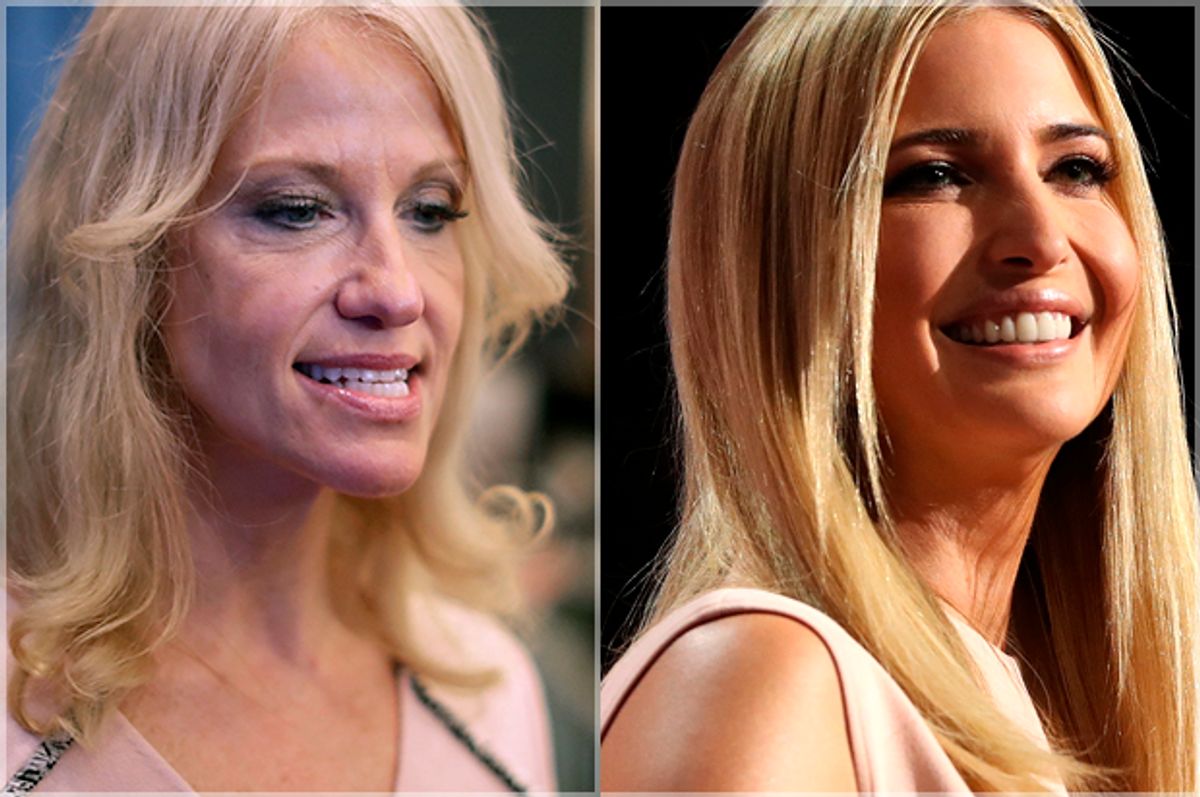 White House counselor Kellyanne Conway may have been let off the hook for abusing her power to plug Ivanka Trump's products, but that doesn't mean her actions didn't wind up profiting President Donald Trump's eldest daughter.

Although Ivanka Trump had already seen a 46 percent increase in sales of her products on Lyst from November 2015 to November 2016 (the month her father was elected president), her February 2017/February 2016 sales on Lyst saw a 771 percent increase, according to a report by the Associated Press. This was the same month in which Conway told viewers to "go buy Ivanka's stuff," and that Conway bounce lasted through March 2017, when Ivanka's sales on Lyst were still up by 262 percent from where they had been in March 2016.

It is particularly noteworthy that Ivanka Trump's product line increased by 10,700 percent on February 9, 2017 over where it had been on February 9, 2016, according to The Huffington Post. A spokeswoman for Lyst told Huff Post that "there was a clear trend in larger support and new support from red states" in the aftermath of Conway's comments, such as a 1,173 percent increase in Texas, an 802 percent increase in Kentucky, and a 598 percent increase in Florida (which, though a purple state instead of a red one, did vote for Trump in 2016). Similarly, Ivanka Trump made sales on Lyst in red states where she had previously not had any sales at all, including Arkansas, Iowa, Mississippi, and North Carolina.

By contrast, there was only a slight increase in Ivanka Trump sales in blue states after Conway's plug.

During her plug, Conway had said "Go buy Ivanka’s stuff! I hate shopping, and I will go get some myself today,” Conway said after calling Ivanka “a champion for women empowerment. It is just a wonderful line. I own some of it. I fully, I’m going to give a free commercial here. Go buy it today, everybody. You can find it online."