The birth control gap: Women still do most of the work in preventing pregnancy — does it have to be that way? 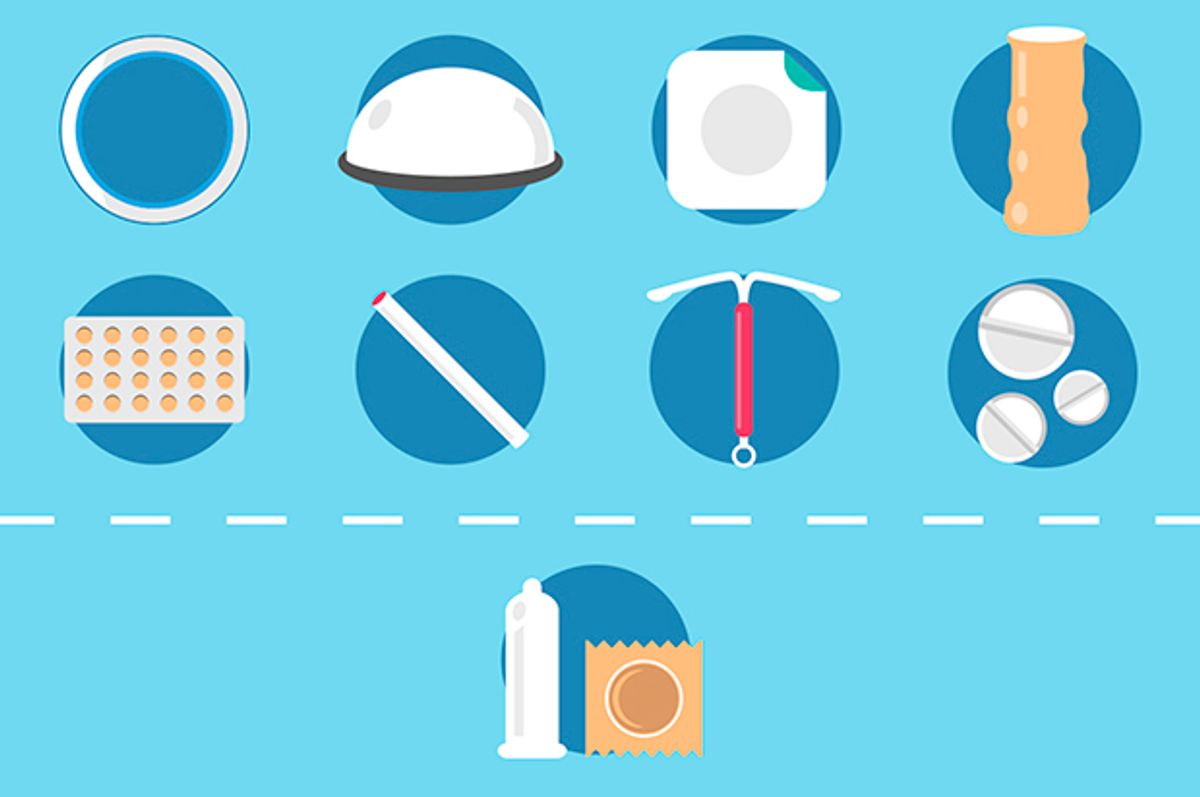 When it comes to gender inequality, the work vs. free time gap is one of the most alarming. According to the World Economic Forum, the amount of extra work women do — when you count paid and unpaid work like housework and child care — adds up to 39 days a year more than men.

Even when it comes to playtime, this inequality persists. Women, a new study published in the Journal of Sex Research has shown, are expected to do the majority (and often all) the work required so that heterosexual couples can have sex without making babies.

In a paper titled "More Than a Physical Burden: Women’s Mental and Emotional Work in Preventing Pregnancy," sociologist Katrina Kimport — who works as an associate professor at the Bixby Center for Global Reproductive Health at the University of California, San Francisco — documented the way that women are tasked with the majority of physical work required to prevent pregnancy and also expected to do most of the emotional and mental labor as well.

"While the biotechnological landscape of available methods may explain the assignment of the physical burden for contraception to women," Kimport wrote, "this does not mean the concomitant time, attention, and stress that preventing pregnancy requires must also be primarily assumed by women."

But when it comes to the American health care system, Kimport found, there's a widespread assumption that dealing with contraception is women's work, and men are often shut out of the conversation. Kimport went to six family planning clinics in the San Francisco Bay Area and recorded conversations with 52 women, who all wanted to not have more children.

“What I found is both in the way that clinicians and patients talked about contraceptive responsibility, and just the way we structure the health care system, it’s women that are primarily interacting with the medical system around contraception," Kimport explained in a phone conversation.

This is no small thing, Kimport said, because as her research shows, there's a hefty amount of mental and emotional work that goes into pregnancy prevention. Women have to stay on top of doctor visits and pharmacy visits and, in many cases, also have the daily task of remembering to take birth control pills.

“A lot of this labor is totally invisible," Kimport argued. "All this time, attention and stress that women are spending is normalized. We think of it as a natural byproduct" of the fact that most forms of contraception are deployed inside women’s bodies.

Even when it comes to vasectomies, the notion that contraception is mainly women's work held. In the visits Kimport recorded, the topic of vasectomy frequently arose, and clinicians spent a great deal of time discussing the option with their patients. But as Kimport said, laughing a bit, "The person who this is actually going to happen to isn’t even in the room."

Instead, clinicians discussed the procedure at length with women and even helped them game out strategies to convince male partners to consider it.

"The patients’ husbands were not in the room, and so the responsibility, time, stress, and attention required to convince them still lay with the patients," the paper explained.

None of this, Kimport insisted in our phone conversation, should be construed to mean that men are irresponsible or lazy. Instead, she argued the problem is our social construction of contraception as women's work. No one considers the possibility that men could or should do more, and so they don't.

As the paper noted, prior research has shown that men do engage in discussions with their partner about contraception, and both sexes "collectively attend to a method’s impact on sexual pleasure" — something any woman who has had more than five minutes of experience with men and condoms could probably tell you.

Kimport saw reason to be optimistic about men regularly sharing their opinions on a contraception method's impact on sexual pleasure.

“It’s an example of how men can be and are involved in conversations around contraception," she said.

Of course, as I pointed out to Kimport, that doesn't do much to relieve women's actual burden of work, since the female partner is the one who has to keep those preferences in mind when discussing options with a doctor.

Kimport argued, however, that this provides further evidence that fertility management systems are failing both men and women.

The current process “both makes it more difficult to take men’s needs into consideration in helping select the contraception method," she said, and "also adds to women’s responsibilities and burden."

So what can be done to stop shutting out men and help them take on more responsibility for contraception work?

Kimport said the first step was simply talking about this disparity and having conversations about how men can do more to make this work easier for women. She also suggested that efforts could be made to make contraception less of a hassle for women, such as making birth control pills available over the counter or in 12-month packs to reduce the number of needed pharmacy visits.

She also suggested that doctors could be more open to the possibility of sterilization, for both men and women, especially as vasectomy is a great way for men to share the contraception burden. “Clinicians express a lot of surprise and doubt when women say they don’t want any more children," she explained, even if the women are older or have already had children.

Not having access to sterilization can create a lot of work for women because it means they have to continue using more time-intensive forms of contraception and may even need abortions. One 40-year-old woman in the study complained that she spent year without being able to convince a doctor to take her sterilization desires seriously. The result was that she ended up having three abortions — procedures that can be stressful and time-consuming under the best of circumstances.

Biology makes it unlikely that the burden of contraception will ever be equally shared between men and women. But it could be made far less of a hassle for women. We are talking about sex, after all, which should be more about fun than about work for people of any gender.