Tomi Lahren's former colleagues at The Blaze turn on her: Glenn Beck fired her because she was difficult to work with 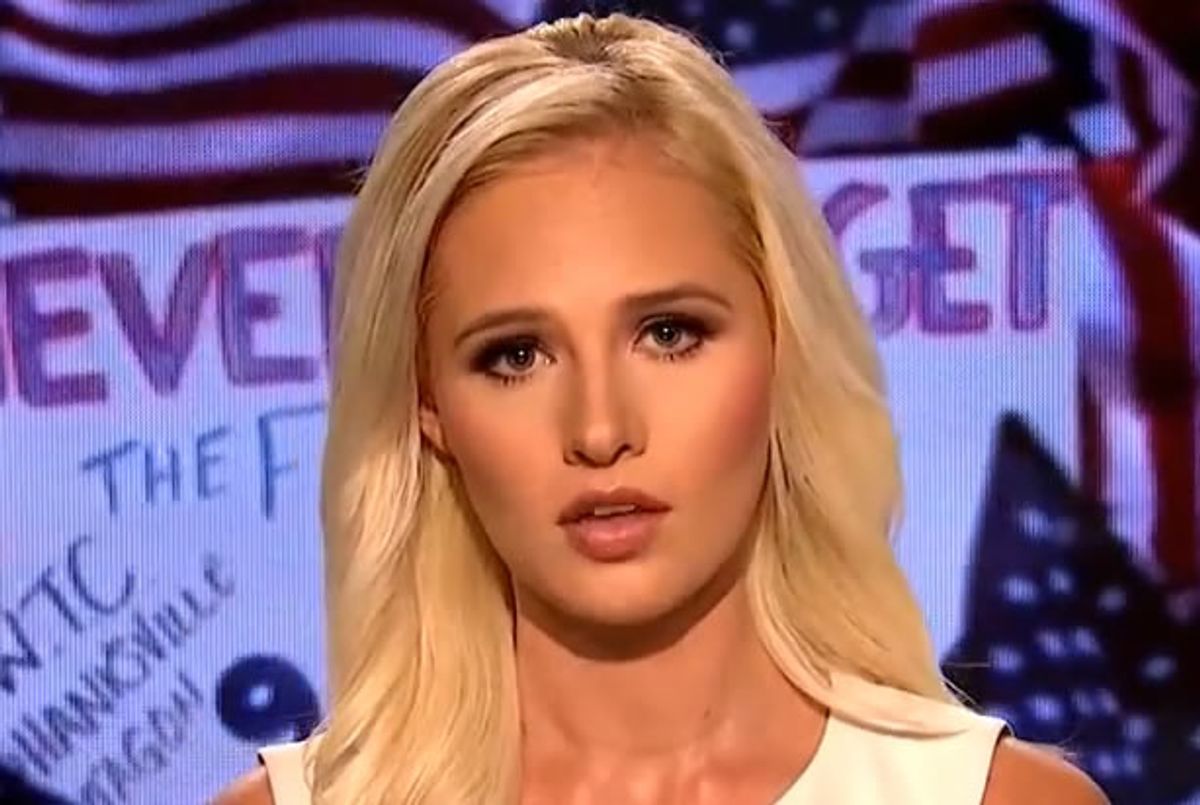 While the immediate cause of Tomi Lahren's termination from The Blaze was apparently her decision to tell "The View" that she believes the government shouldn't tell women what to do with their bodies, a new report suggests that there was actually deeper drama behind the scenes that explains Lahren's departure — and a lot of it has to do with accusations about her personality.

During her stint at The Blaze, Lahren is accused of being confrontational toward her colleagues and demeaning toward her staffers, according to several sources with direct knowledge of the situation who spoke to the Daily Caller on condition of anonymity. This includes reports that Lahren became jealous of the attention received by BlazeTV host Dana Loesch and refused to enter the makeup room when Loesch was present. She is also reported to have gotten into a heated argument with an African-American host named Lawrence Jones after he confronted her about comparing Black Lives Matter to the KKK.

Perhaps most disturbing are the claims that Lahren was abusive to her staff. Sources say that she would frequently yell and curse at people less powerful than her, in particular singling out one of her two makeup artists for humiliation in front of her co-workers and guests. Among the "diva" behavior described by the sources who spoke to The Caller was insisting that staffers microwave her "butt warming pad" before every show, a demand that a source referred to as "dehumanizing."

The countersuit filed by The Blaze against Lahren claims that her "treatment of the floor crew was inappropriate and unprofessional." The suit claimed Lahren "constantly complain[ed] about everything including but not limited to lighting, room temperature, editing, shooting, directing, etc. Lahren was divisive and created conflicts with other media personalities at TheBlaze."

It is worth noting that Amy Holmes, who used to work as a political commentator for The Blaze, took to Twitter earlier this month to contest the notion that Lahren's firing had anything to do with her pro-choice views.