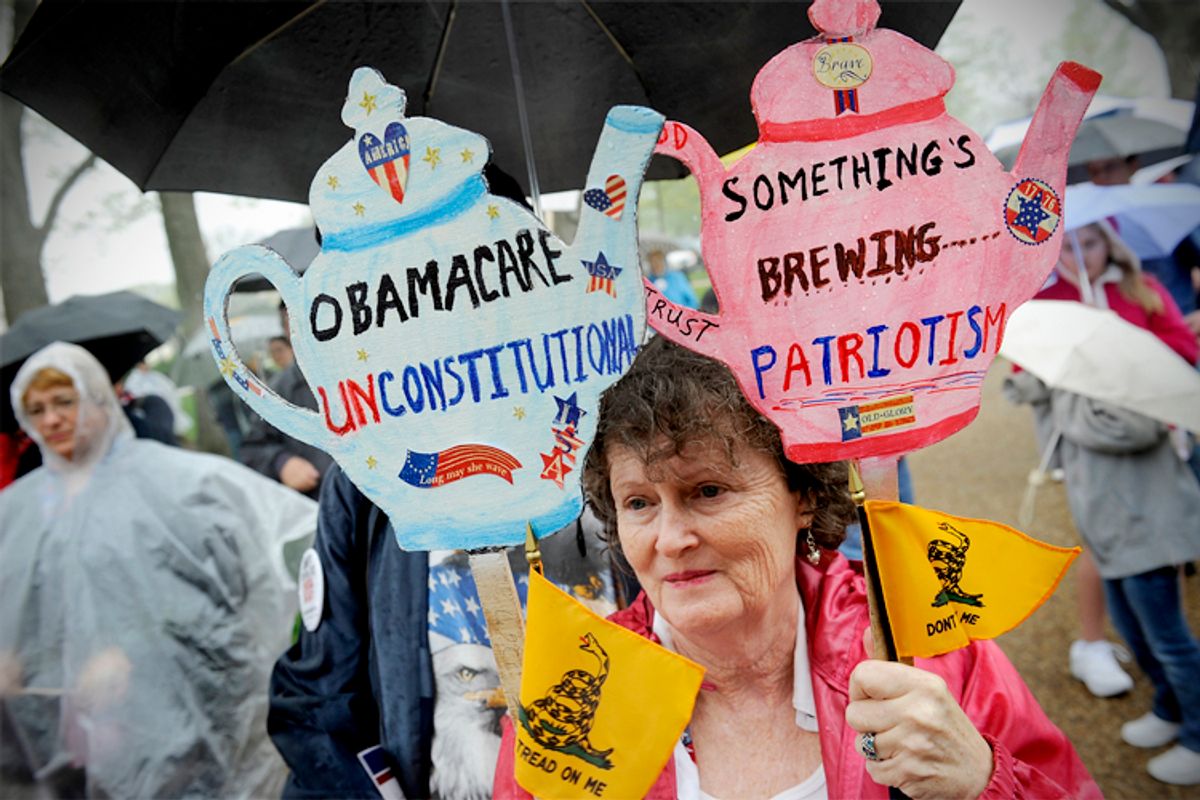 One of President Donald Trump's favorite lies — that the thousands of people who have taken to the streets in protest against him are being paid by Democrats to do so — just became quite ironic.

According to a report by the Arizona Republic, the state's Republican party plotted to pay for protesters to flood a Democratic congresswoman's constituents meeting. A political coordinator in Arizona named Kyle Pierce sent an email to Republican party officials in the state urging ordinary GOPers to attend a "Coffee Club" hosted by Democratic Rep. Kyrsten Sinema.

Republicans planned to target Sinema for accepting political donations from the founders of Backpage.com, a website that has been accused of engaging in child sex trafficking. Pierce's email offered to reimburse Republicans for the Coffee Club's $25 membership fee if they asked Sinema about the donations.

The email said, "It would be absolutely wonderful if we had as many of her Republican consituents (sic) as possible attend this event to ask her why she accepted thousands of dollars from the creator of Backpage.com. I'm sure most of you have been keeping up with the news on this. It's pretty bad, and we're trying to hold her accountable for it."

The email added, "If someone does have to pay, the Party is willing to reimburse the expense."

A spokeswoman for the Arizona Republican Party, Torunn Sinclair, told the Arizona Republic that "the Republican Party is always encouraging its members to get involved and talk with their elected officials. Congresswoman Sinema received over $50,000 from Backpage.com executives and their family members. Constituents, both Republicans and Democrats, deserve to know the extent to which she’s involved with the disgraced CEO of Backpage.com."

Earlier on Wednesday, Simena reiterated her apology for accepting the donation, saying that "I am really sorry that this happened. I have asked my campaign to create better vetting procedures to make sure something like this never happens again.