Anti-Semitism on the rise: Incidents have increased since the 2016 presidential election

There has been an 86 percent increase in bullying, vandalism, and similar hate crimes since the start of the year 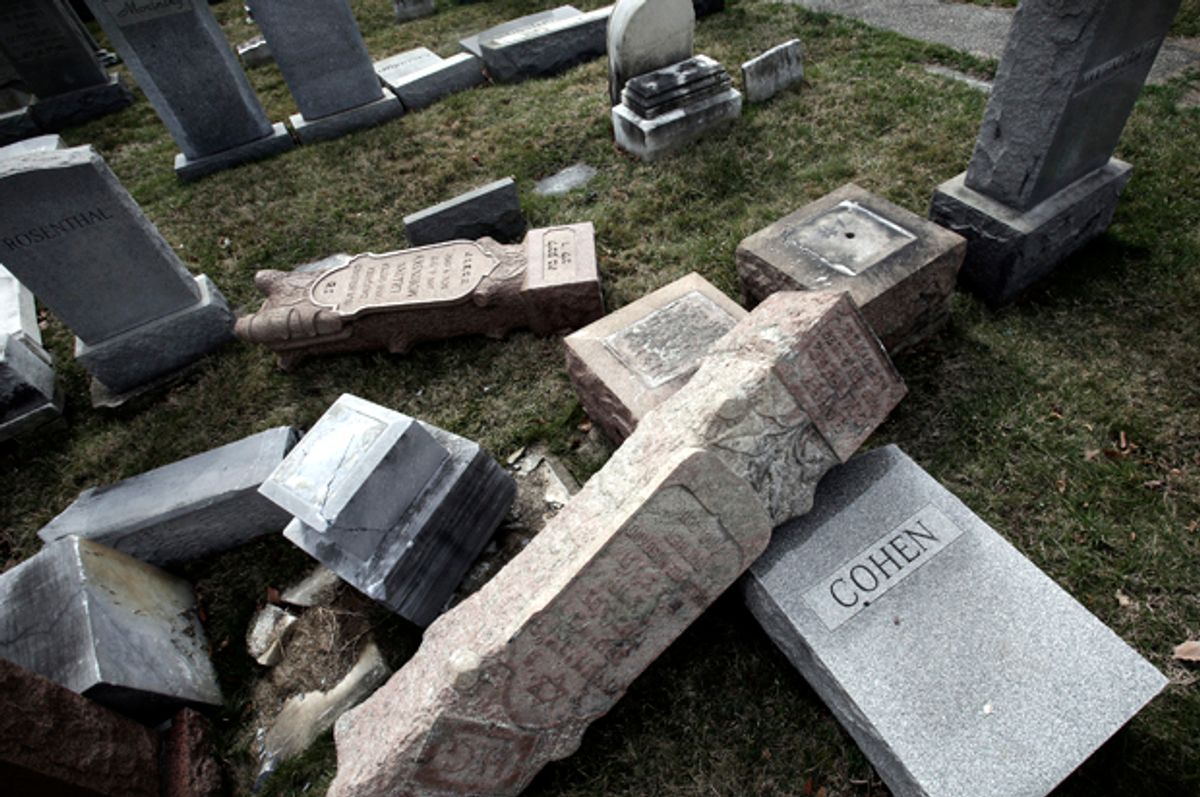 Given the wave of anti-Semitic hate crimes since the start of 2017, as well as accusations that President Donald Trump's White House is itself anti-Semitic, it is hardly surprising to learn that incidents of anti-Semitism have been on the rise since Trump won the 2016 presidential election.

A new study by the Anti-Defamation League, which specializes in combating anti-Semitism, finds that anti-Semitic bullying and vandalism have increased by 86 percent since the start of 2017, according to a report by NBC News. This includes 541 anti-Semitic incidents that were either reported to or otherwise picked up by the ADL, including 380 of harassment (161 of which were bomb threats), 155 of vandalism (three of which were cemetery desecrations), and six of physical assault.

For perspective, this is nearly half of the total number of anti-Semitic incidents recorded by the ADL for the entirety of 2016. There were 1,266 anti-Semitic incidents chronicled by the ADL in that period, including 720 of harassment and threats, 510 of vandalism, and 36 of physical assault. Although the number of physical assaults had decreased since 2015, there were sharp increases in the other two categories.

Oren Segal, director of the ADL Center on Extremism, said in a press statement that "extremists and anti-Semites feel emboldened and are using technology in new ways to spread their hatred and to impact the Jewish community on and off line. The majority of anti-Semitic incidents are not carried out by organized extremists, as the bomb threats in 2017 demonstrate. Anti-Semitism is not the sole domain of any one group, and needs to be challenged wherever and whenever it arises."