Trump's White House reportedly feeds lies to the press for fun: "It's a game to them" 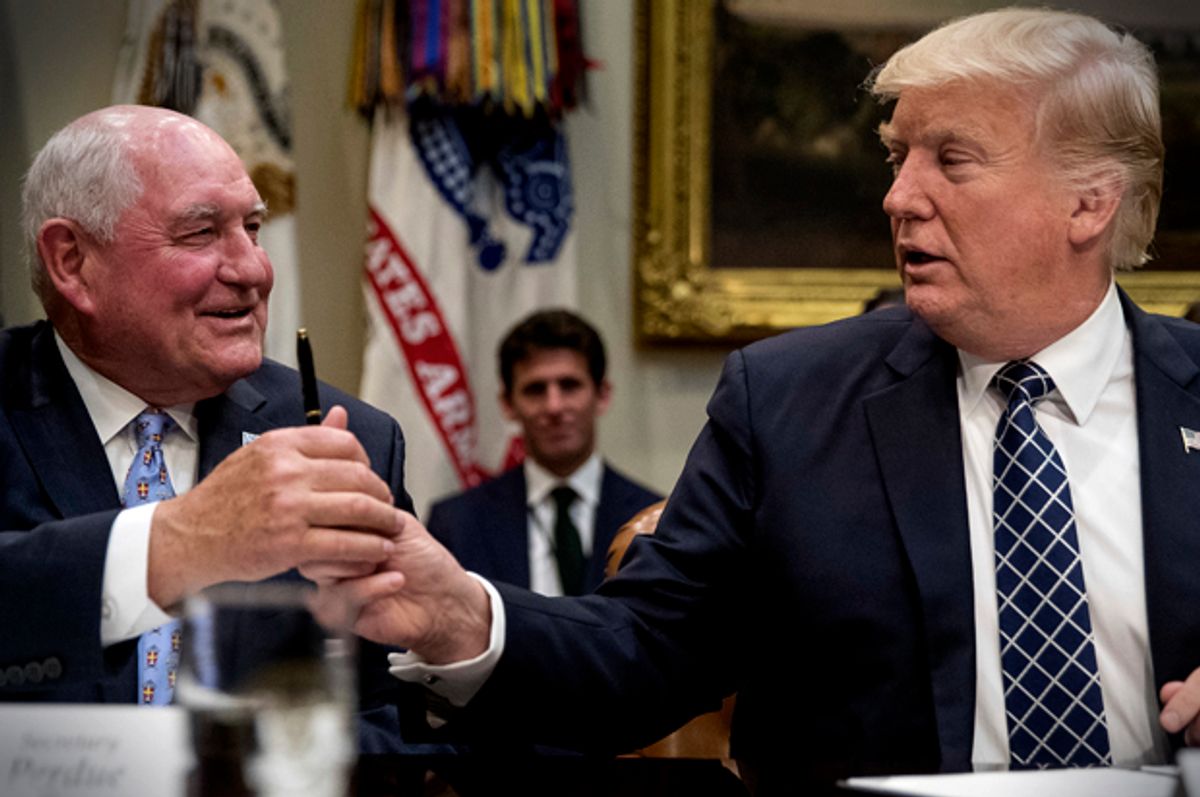 When it comes to the truth, White House staffers rarely want anything to do with it. According to a new story published by Politico Magazine, the Trump administration really loves to lie.

One White House correspondent told the magazine that a Trump transition team official warned him to be wary of White House aides speaking on background.

“They will screw with you,” the correspondent was reportedly told. “They will feed you things that are not true.”

Two people close to the administration also told Politico that White House staffers do much of their lying for sport, as opposed to fulfilling some grander political mission.

“They all lie,” a conservative journalist close to the White House told Politico. “It’s a game to them.” The journalist suggested that West Wing staffers compete to see who can spread an untruth the farthest and loudest.

Another conservative activist familiar with White House personnel corroborated the claims, telling Politico that Trump aides are firm in their cynicism about the press and the concept of facts. The activist said that staffers view the media as a corrupt institution that is gunning not only for their jobs but also for their reputations.

“They’ll print what they want anyways, so we may as well have fun,” a White House employee reportedly told the conservative activist in Ben Schreckinger and Hadas Gold's account of the administration's misinformation games.