Carter Page says he's the victim of "one of the most horrendous civil rights violations in recent U.S. election history"

Page is under investigation for his alleged Russia connections 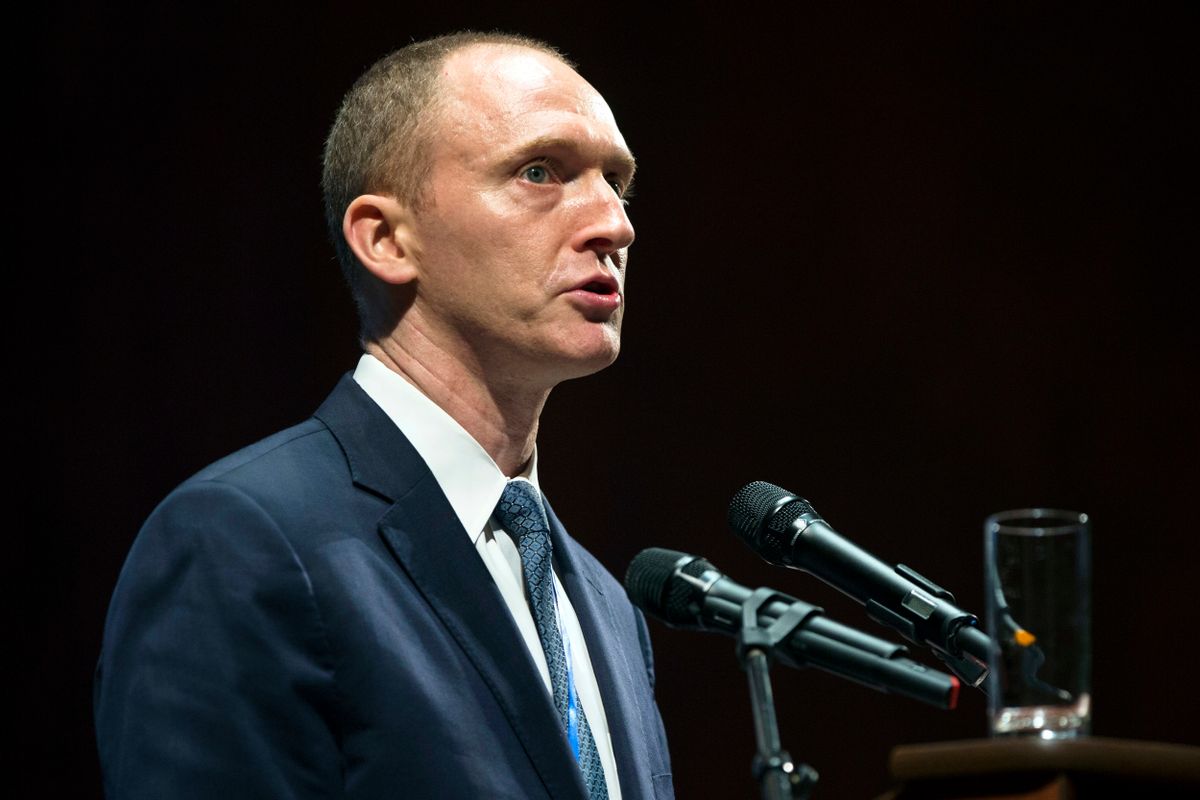 Carter Page, the former foreign policy adviser to then-candidate Donald Trump, can't seem to figure out how to master his media skills. Last week he tried to spin the FBI's investigation into connections between Russia and the Trump campaign so that it would seem like the foreign nation had only "tried" to flip Team Trump. Now he's arguing that he, Carter Page, is the true victim in this whole scandal.

"I have been the victim of one of the most horrendous civil rights violations in recent U.S. election history," Page told CNN's Chris Cuomo on the program "New Day," as the co-host insisted that Page explain how the Trump campaign decided to utilize his services.

Page also went on the offensive, telling Cuomo that "Chris, there is no probable cause. That's part of the reason why I am taking legal action now with the Privacy Act of 1974 . . . And I very much look forward to getting disclosure on that warrant application and seeing what exactly was in there."

This latter statement refers to how the Foreign Intelligence Surveillance Court (FISA) granted a warrant to monitor Page based on his alleged activities with Russia.

He also characterized as "false" a Russian dossier that compiled by a former British intelligence officer which claimed that Page had met with Russian officials while working for Trump, discussed how Russia could interference in the 2016 presidential election, and addressed issues involving Obama-era sanctions against that nation. All of the accusations against him, Page insists, are "a complete firestorm based on this completely false narrative."