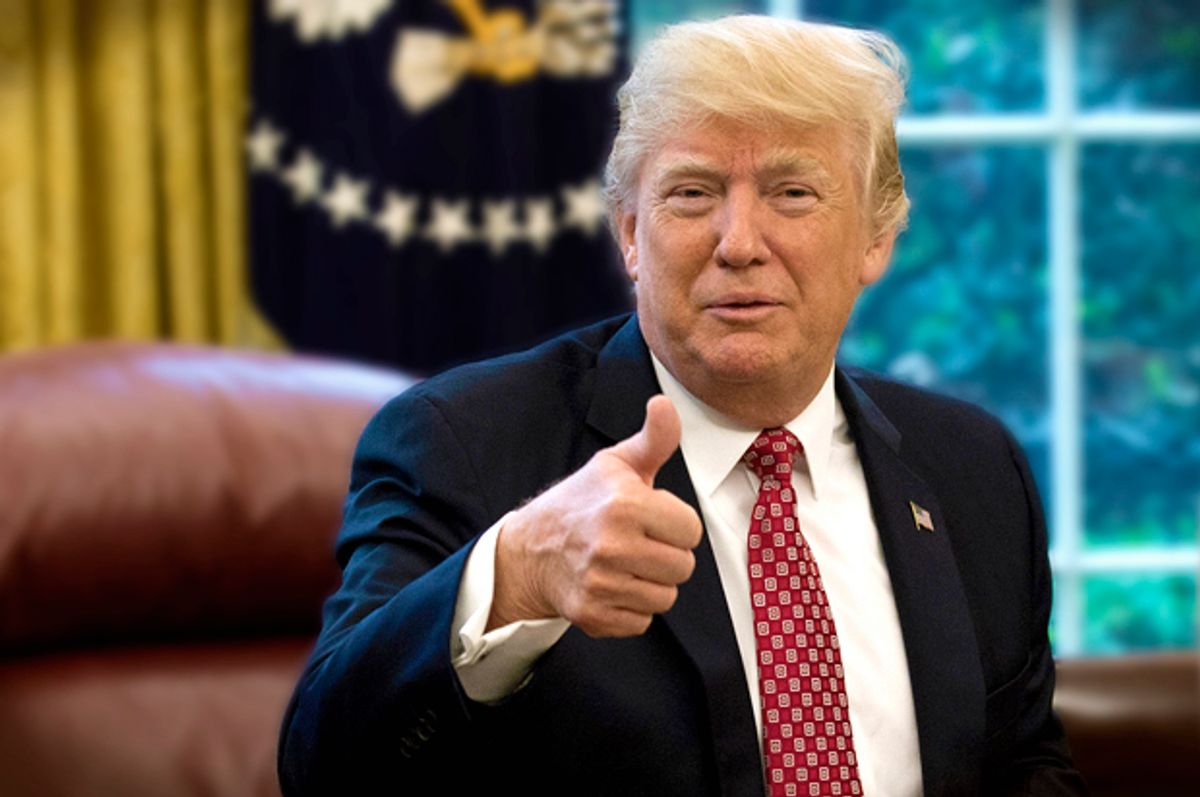 President Donald Trump may be historically unpopular for a president who is only 100 days into his term, but the question remains: Why are the people who voted for him sticking with him?

Lucky for us, the University of Virginia Center for Politics Project released a survey that sheds some light on the answers.

Eighty-eight percent of Trump supporters think that their president is on the right track when they see him criticized by the media, while only 12 percent find that such criticism gives them pause.

Overall 70 percent of them think the country is on the right track, compared to 22 percent who think it's on the wrong track. In a similar vein, 66 percent think the economy is doing better and 31 percent think it's about the same; only 3 percent believe that it's actually doing worse. When asked to identify the qualities that came to mind when they thought of Donald Trump, the most popular responses included "confident/powerful leader" and "a successful businessman."

Although the survey emphasized that there is no way to know for sure whether Joe Biden or Bernie Sanders could have defeated Donald Trump in 2016, the results strongly suggest that they would have had a better chance than Hillary Clinton. While only 3 percent of Trump supporters had a favorable view of Hillary Clinton, 20 percent held a favorable view of Joe Biden and 21 percent held a favorable view of Bernie Sanders. Of course, since only 9 percent had a positive view of Barack Obama, it's questionable whether these preferences were rock-solid or merely reflected the voters' exposure to the candidates in question.