Gardendale's motives "assail the dignity of black schoolchildren," but a federal judge is allowing it anyway 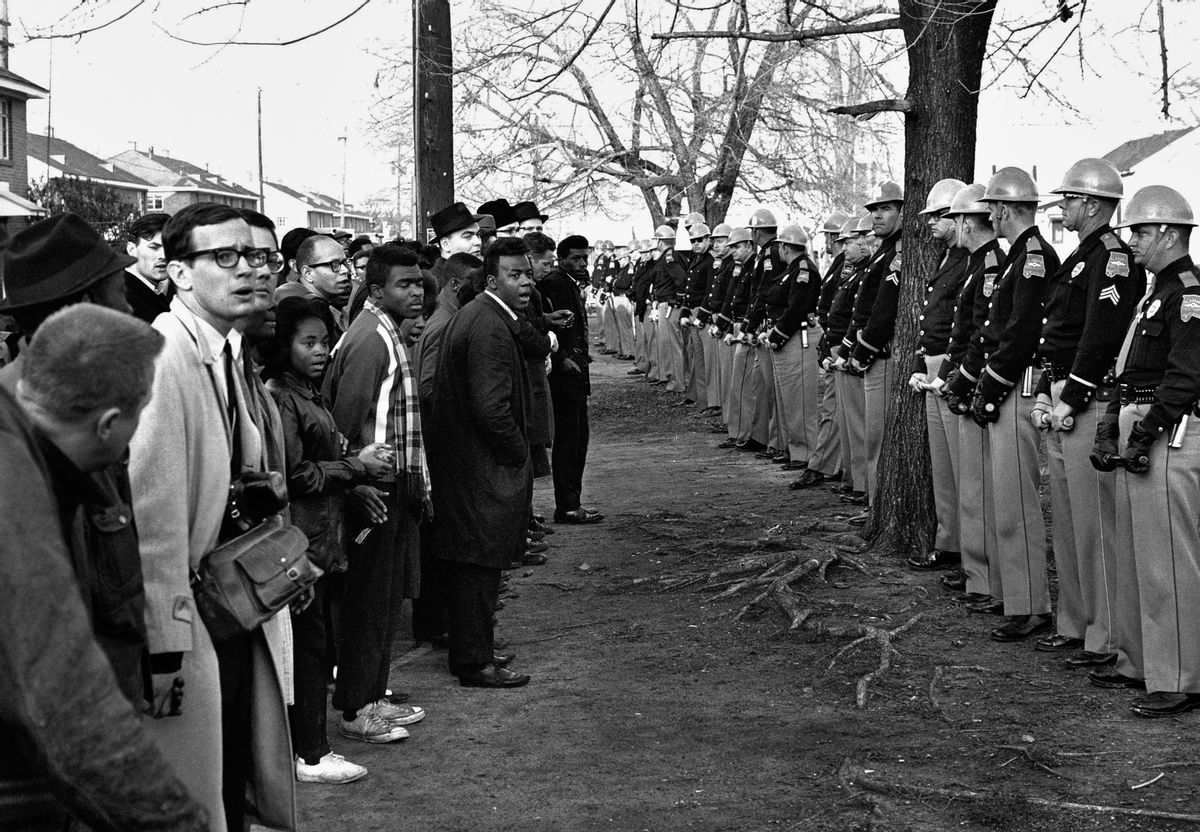 In this March 13, 1965 file photo, a line of police officers hold back demonstrators who attempted to march to the courthouse in Selma, Ala. (AP Photo/File)
--

Alabama has not had a great track record when it comes to inclusiveness lately. Auburn University allowed white supremacist Richard Spencer to speak, while the Alabama state senate passed a law that would allow adoption agencies to discriminate against same-sex couples. It didn't seem like the state's image could get any worse.

A federal judge is allowing the predominantly white Alabama community of Gardendale to proceed with its effort to secede from the predominantly African-American Jefferson County school district, despite acknowledging that the district is motivated by race, according to a report by The Washington Post. Even though District Court Judge Madeline Haikala wrote that Gardendale's obvious racial motives "assail the dignity of black schoolchildren," and despite admitting that the community could not prove that their actions wouldn't hinder desegregation in Jefferson County, Haikala's decision argued that "practical considerations" compelled her to allow Gardendale to segregate.

These reasons included a concern that "families who remain in Gardendale and attend Gardendale schools under Jefferson County’s management may blame students from North Smithfield for Gardendale’s inability to operate a municipal system," a desire to "balance the interests of the more than 33,000 non-Gardendale students (and their parents) in the Jefferson County district against the interests of the 2,250 Gardendale students whose parents wish to separate," and a professed belief that there were "families in Gardendale who support a municipal separation for reasons that have nothing to do with race."

U. W. Clemon, the lawyer representing the African-American plaintiffs, denounced the ruling, saying, "if this decision stands, it will have a tremendous adverse impact."

Gardendale Board of Education president Chris Segroves hailed the decision as "progress and represents a significant development" toward what he described as the "goal of a locally led public school system."