Donald Trump's campaign launched a new $1.5 million ad to celebrate the 100-mark Trump doesn't care about at all 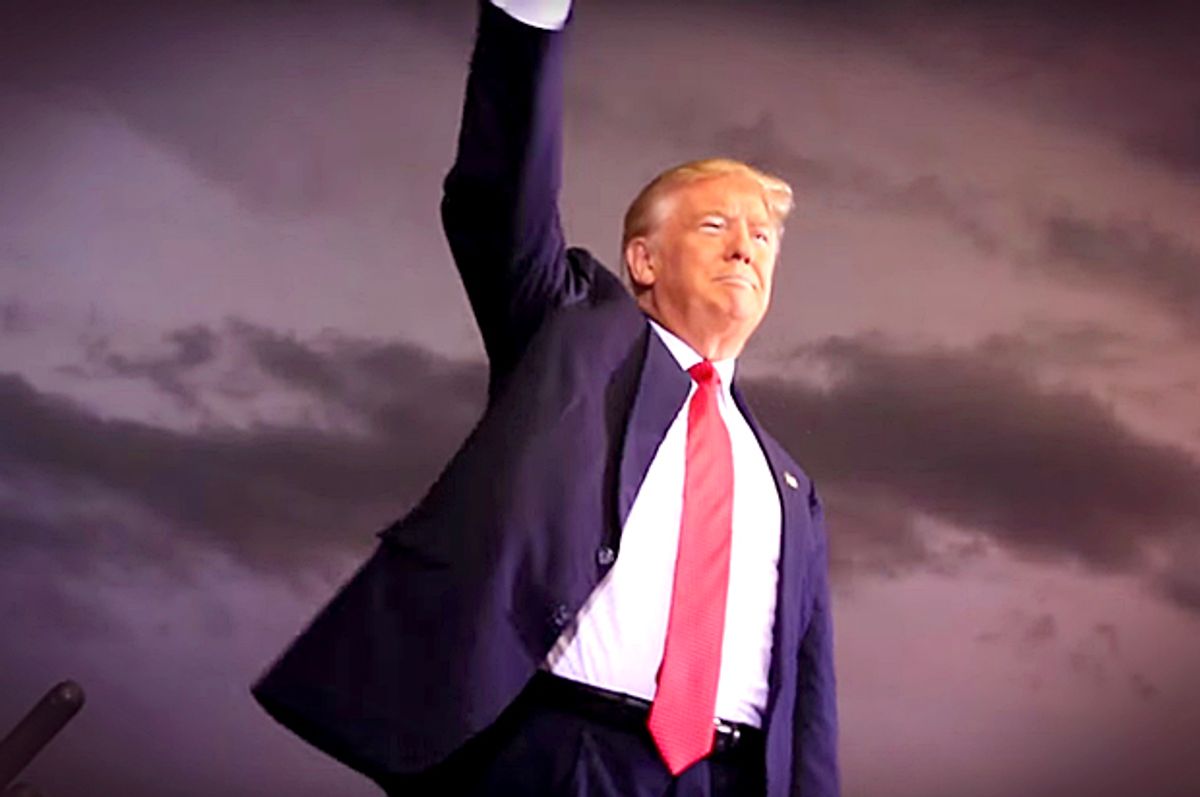 President Trump, who definitely doesn't care about his 100-day milestone of being in office, might actually care about it more than he'd like to admit.

On Monday, Trump's campaign announced a $1.5 million television ad that's purpose is to hype up the first 100 days of his presidency. Despite having said in an interview with the Associated Press that the landmark is "an artificial barrier," and that "It's not very meaningful."

The 30-second ad celebrates Trump's appointment of Neil Gorsuch to the Supreme Court, and the narrator says "America has rarely seen such success." It also touts his creation of 500,000 jobs since he's taken office, even though that statistic is a bit misleading. The ad then brags about his executive order which gave a green light to continue construction of the Keystone XL Pipeline, even though the project will only create 35 permanent jobs in the U.S.

"Regulations that kill American jobs — eliminated," the narrator says, despite the fact that jobs are still currently being shipped overseas.

"The biggest tax cut plan in history," which is true, though it's still not a guarantee that the middle-class will even see a tax cut and the deficit will almost certainly increase.

Large white letters reading "FAKE NEWS" fill the screen, "you wouldn't know it from watching the news," the ad closes.

Does this honestly sound like the television ad for a guy who claims that the 100-day milestone was blown out of proportion by the media although it has been a tradition since 1933? The ad is expected to reach television markets throughout the country and will "target specific voting groups online," according to The Hill.