Donald Trump doesn't like the "archaic" Constitution: "It's really a bad thing for the country"

Trump calls the Constitution "archaic," while his chief of staff is tired of the First Amendment 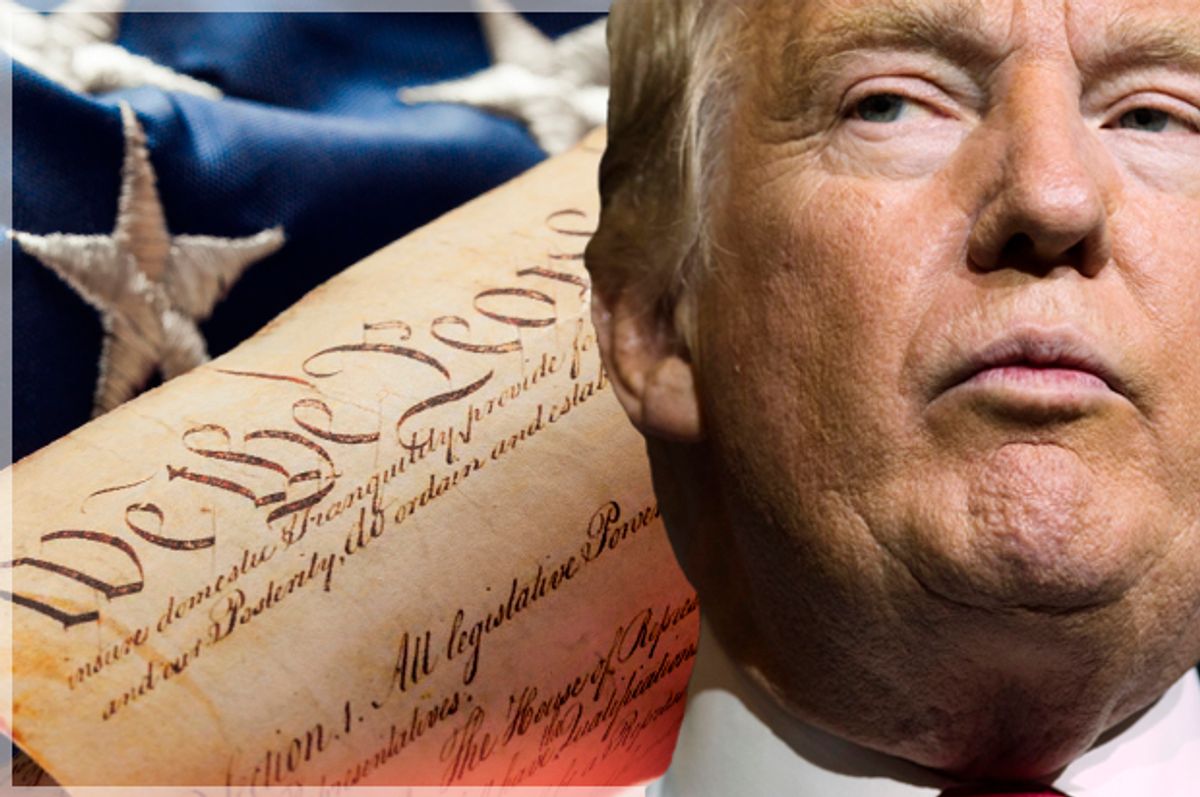 President Donald Trump has already made it clear that he's upset about how the job of being president isn't as easy as he thought it would be. Now the president and his chief of staff are blaming the Constitution for their remarkably unproductive first 100 days — and if President Barack Obama had behaved in a similar fashion, it's easy to imagine them pitching a fit over it.

During an interview with Fox News to discuss his first 100 days as president, Trump denounced the constitutional system of checks and balances as "archaic."

Meanwhile, White House Chief of Staff Reince Priebus told ABC on Sunday that the president is thinking about amending or even abolishing the First Amendment to stifle what they consider to be unfair media criticism. When asked by Jonathan Karl whether they had considered a constitutional amendment so that the president can sue his critics, Priebus responded: "I think it’s something that we’ve looked at. How that gets executed or whether that goes anywhere is a different story."

When pressed for details, Priebus merely reiterated, "I said this is something that is being looked at. But it’s something that as far as how it gets executed, where we go with it, that’s another issue."

The recent remarks by Trump and Priebus call to mind an observation made by Obama before the 2016 presidential election, one that was widely ridiculed by the conservative press at the time:

"If you disrespect the Constitution by threatening to shut down the press when it doesn’t say things you like or threaten to throw your opponent in jail or discriminate against people of different faiths. If you do that before you are elected, then what are you gonna do when you have actual power to do those things?"