After failing to accomplish any legislative wins in his first 100 days, Trump focuses in on a flip-flopping record 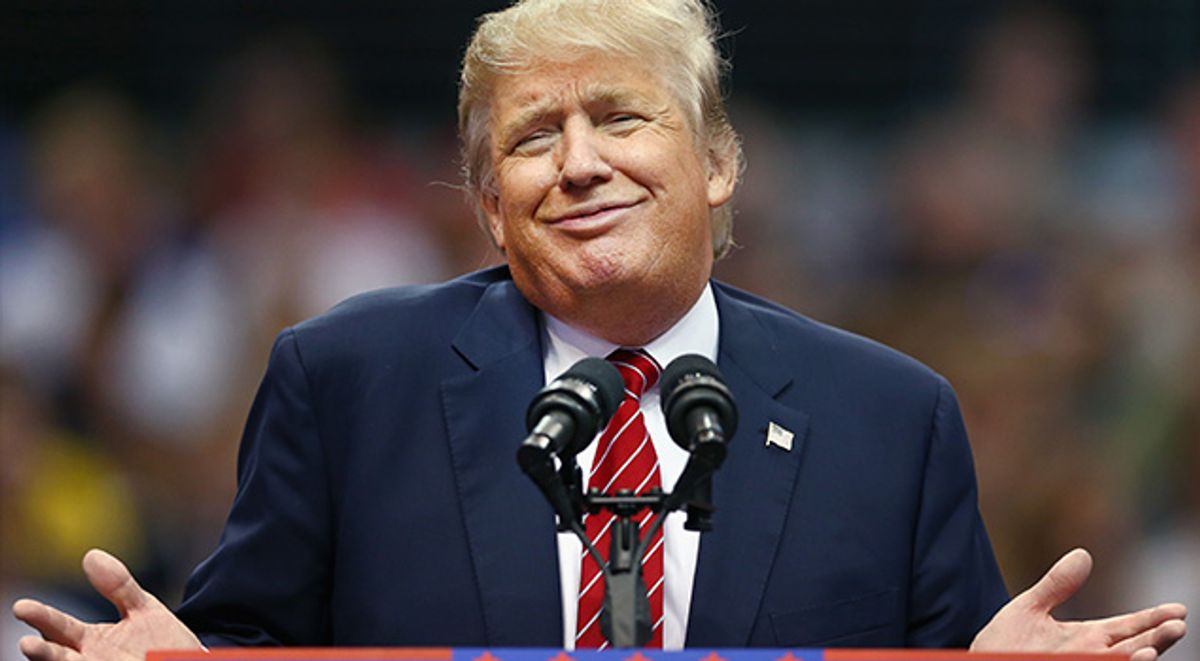 President Donald Trump's woefully unaccomplished first 100 days have been defined, at least in part, by the fact that he made various promises which he has since broken. Then again, when you consider that Trump has flip-flopped in the past on major issues from abortion and the Iraq War to gun control and immigration, it seems pretty clear that the man who says "everything is negotiable" when confronted with his inconsistencies never had a lot of hard-and-fast ideological positions.

Case in point: his recent interview with Bloomberg.

When asked if he was open to imposing a gas tax in order to fund his ambitious program of infrastructure development and tax cuts on Monday, Trump told Bloomberg News that "it's something that I would certainly consider," adding that truckers supported the idea "if we earmarked money toward the highways."

Similarly, when asked if he believed the government should break up the big banks, Trump replied that "I’m looking at that right now."Trump said,

Trump went on: "There’s some people that want to go back to the old system, right? So we’re going to look at that."

Also on Monday, Trump broke with years of precedent when he sounded open to meeting with North Korean dictator Kim Jong Un, a day after he invited the authoritarian leader of the Philippines, and admitted murder, Rodrigo Duterte.

"Everything is a starting point," Trump recently argued when discussing his proposed tax reform. The president's current tax plan reduces the maximum corporate tax rate, as well as the rates for partnerships and other "pass-through" businesses, from 35 percent to 15 percent. It also gets rid of the alternative minimum tax, estate tax, and investment-income tax for high-income Americans and reduces individual income tax rates.

Perhaps the most salient point to be made here was made last month in The Washington Post by Matt O'Brien. When it comes to an ideology — any ideology at all — Trump simply does not have one.

"Winning, in other words, is Trump's real ideology," O'Brien wrote, because Trump's populism "was never about the ideas themselves, but about what he thought they projected: strength."

It remains to be seen whether Trump winds up believing that a gas tax and breaking up the banks are winning or losing ideas for him.