WATCH: Do companies deserve loyalty anymore from their employees? 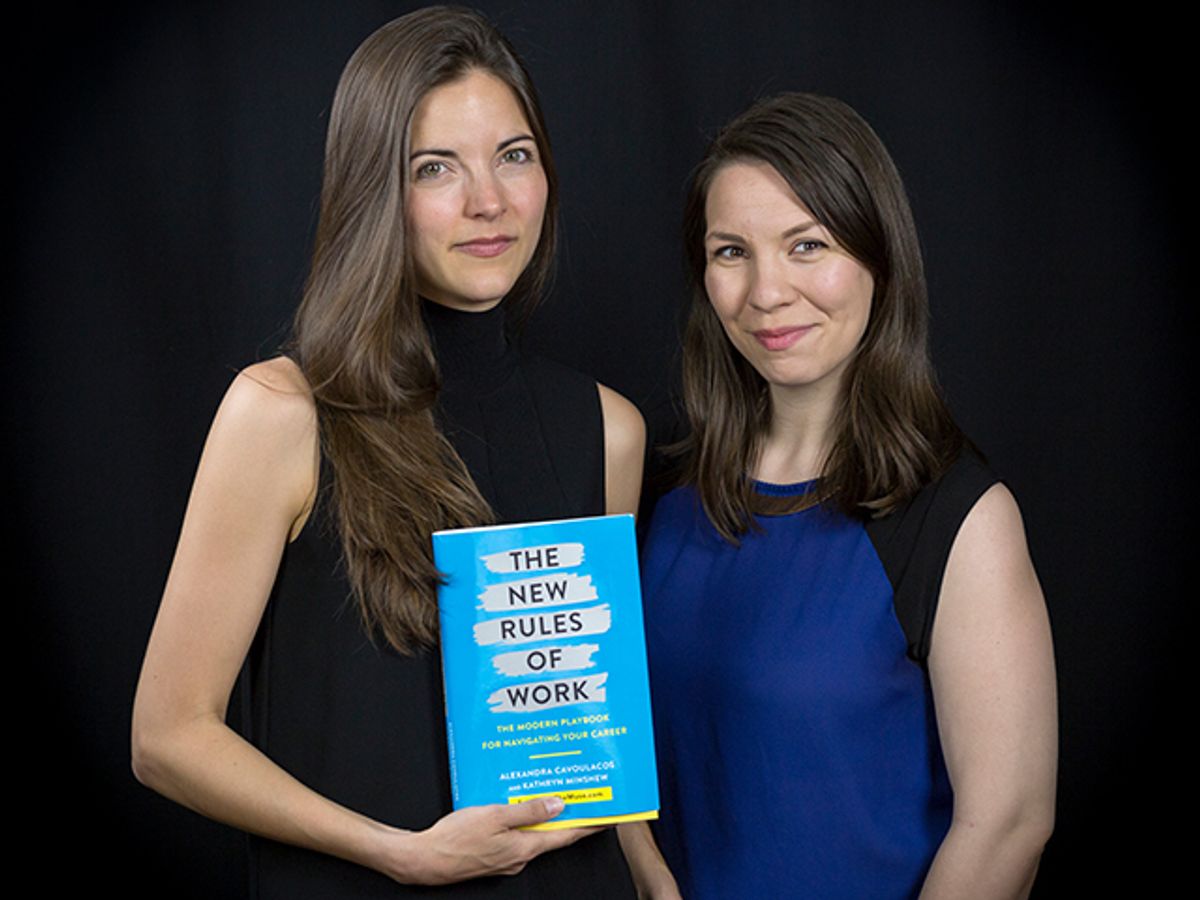 Kathryn Minshew and Alex Cavoulacos, co-founders of the Muse and co-authors of “The New Rules of Work,” argue in their new book that within the new digital economy a brand is no longer an inanimate object, it is a person.

Minshew and Cavoulacos joined Salon Talks to discuss the pros and cons of a flexible workplace; they have raised nearly $30 million from top VC funds and celebrities such as Tyra Banks to shape workforce development.

“One of the things we say at the beginning of the chapter on personal branding is this idea that your brand is what people say about you when you're not in the room,” Minshew said. “ So yes, there are people that build their personal brand by speaking and being external and there is lots of different ways to do that, but at its core, when you're not there, how do people describe you? What do they say about you? What are the adjectives they use? How positive vs negative is that?  And I think that it's so important as an individual to be cognizant of that.”

Minshew said the question of loyalty among employees toward their employers eroded during the Great Recession and that the strength of their personal brand helps employees protect themselves.

“[A] lot of the people who use The Muse sort of came of age during the Great Recession 2008-2009 and that was a time where there was a break down in this sort of loyalty contract between companies and individuals,” Minshew said. “And the message that a lot of people received is ‘You know, at the end of the day I have to be responsible for my own career. I can't sort of put it in the hands of my employer or my boss or some, any external entity outside of myself and say 'Good job,’ you know, I'm done. I need to take charge. And that means I need to understand who I am, what I want, what I'm good at, how people see me.’ And that's a big core piece of what our book is about because it's a different way of looking at things. It's not just interviewing well to get in the door, but it's the relationships you build with your colleagues, with your boss, with people at other companies that you're working with and how do you make sure that you’re really focused on how to best use your strengths, your skills, your talents and not following wherever the corporate ladder leads, because those ladders don't necessarily exist in the same way anymore.”

However, Cavoulacos said that doesn’t mean that loyalty can’t exist in a vibrant feedback loop between a high performer and a firm.

“I do think also that it's something employers are scared of sometimes and I think employers actually benefit when they step away from that fear,” Cavoulacos said. “Because if you have an individual employee that's doing really well, that's developing a brand in tandem with your company, where you associate this amazing person with all these expertise with this company, it actually can breed loyalty from the employee who is allowed to thrive and see that progress, but also rubs off on how people think about your company.”