WATCH: Steve Bannon's play about the 1992 Los Angeles riots is acted out by Hollywood stars

This has to be seen to be believed 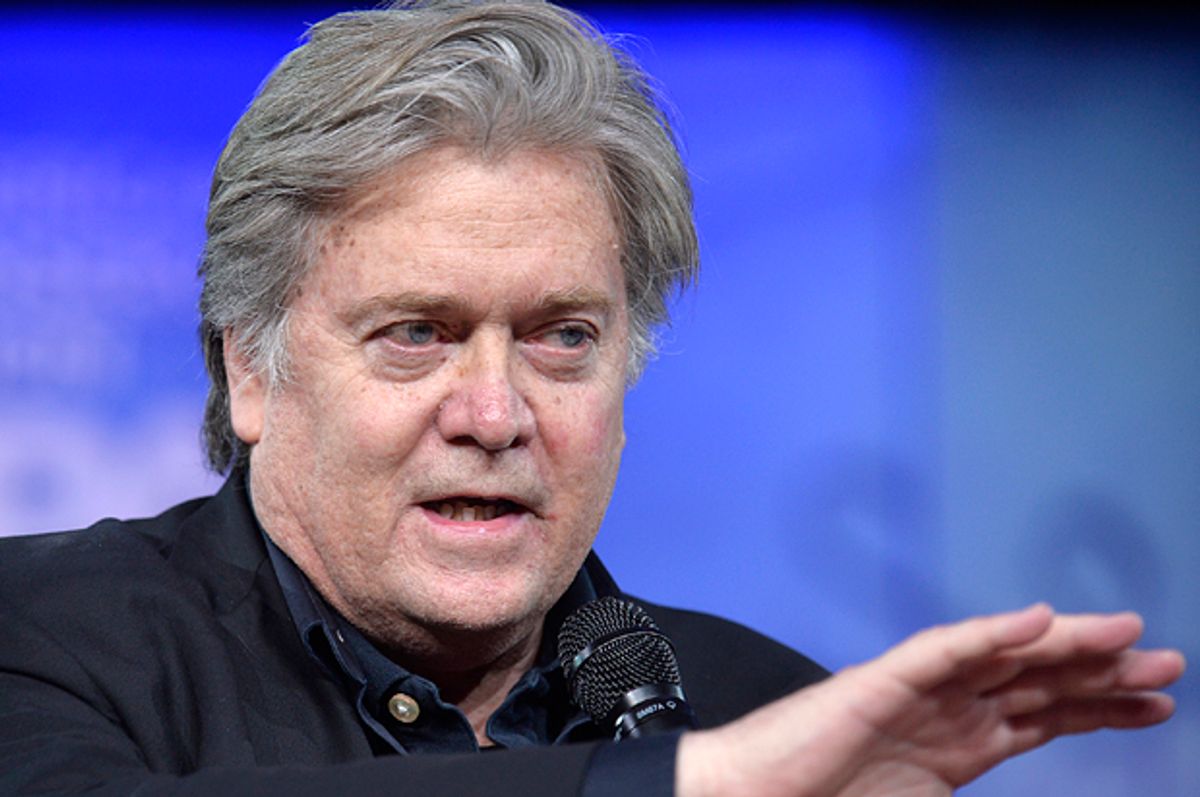 Steve Bannon once wrote a rap musical about the 1992 Los Angeles riots, and now someone has found the script.

The riots — sparked by the acquittal of four police officers charged with using excessive force despite their having been videotaped beating an African-American man named Rodney King — still represent a sensitive subject in the history of American race relations. Considering that Bannon is well-known for surrounding himself with outspoken racists, there has been a lot of speculation about what this play might have actually been like.

Well, it's as bad as you fear. Now This News got ahold of the script and did a table read of the work.

Bannon co-authored the play, titled "The Thing I Am," with Julia Jones in the late 1990s, according to a report by The New York Times. The play contains more than its fair share of wince-inducing moments, as Bannon and Jones tried to force their caricature of inner-city slang onto the Shakespearean dialogue of the tragedy "Coriolanus," which in turn is based on the historical works of Plutarch. Here is one choice example:

"They say! Fuck they! They hang out shooting pool and think they know what’s going down — who’s up, who’s out, who bounds, and if there’s crack enough. If I had my way, I’d make a quarry of these slaves."

At the same time, the hero of Shakespeare's original play (the titular Coriolanus) is made into a gang leader for the Bloods. This is intriguing to say the least, given that Bannon presided over Breitbart during the era when it used "black crime" as a separate tag. Because the complex Roman politics at work in the story of "Coriolanus" do offer a great analogy with the sociological dynamics that led to the Rodney King riots, the play's political message is somewhat muddled. In the end, it seems less like a profound political statement than something more exploitative — an attempt to create a histrionic, action-packed play based on a real-life tragedy that possesses only the pretense of intellectual respectability.

"When I heard that NowThis had the Bannon script and was planning a stage reading, I got really excited about it and had to be involved," Rob Corddry said in a Now This press release. "It’s one thing for NowThis to have been able to uncover the script, but to film it is another thing entirely. It’s pretty eye-opening to imagine Steve Bannon writing this. People need to see it to believe it."