It may not matter what Hannity wants or does, as the Murdochs appear to be cleaning house at Fox News 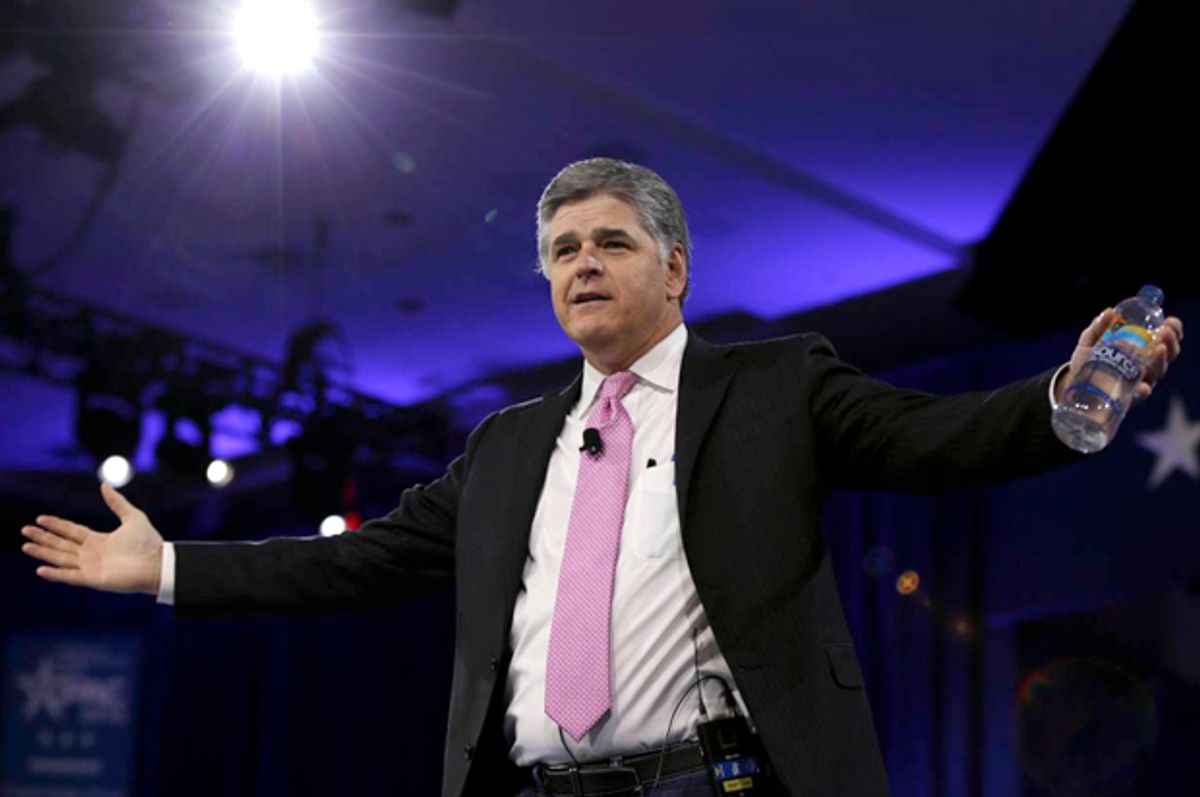 The last remaining primetime anchor at Fox News hired by Roger Ailes insists he is not going anywhere. Sean Hannity made it known Monday that he has no intention in leaving the right-wing news network.

“All the lies you’ve heard about me are not true,” he said near the end of his program.

Before Monday's 10 p.m. show, Hannity shared an Independent Journal Review article on Twitter refuting reports that he was negotiating an exit.

While Hannity remains steadfast that his relationship with Fox News has not changed, other media outlets have reported otherwise. Mediaite reported Monday that Hannity has a "key man clause" in his contract, which enables him to quit the company if a key person is not longer at the network. That key person, according to Mediaite, was Ailes, who left Fox News last year after he was assailed with sexual harassment allegations.

Sources told The Daily Beast that Hannity is actively trying to leave Fox News after the resignation of the network's co-president, Bill Shine. Last week, before Shine resigned, Hannity tweeted that Shine's departure would bring a "total end of the FNC as we know it."

With Shine gone, it's plausible that Hannity will soon follow. Every other personality on Fox News' primetime slate from the Ailes era has left the company.

Mediaite reported last Friday that a team of cable news executives are eyeing a new conservative network that would compete with Fox News.

“I just don’t see Fox News and Sean having a long relationship," a source told Mediaite. "If Sean becomes available, you have 100 percent turnover in primetime and a huge opportunity.”

A new opportunity at another network could not have come at a better time for Hannity. New York magazine's Gabriel Sherman reported that the Murdoch family, which owns 21st Century Fox, "might not be done cleaning house." Per Sherman:

Many people at Fox News don’t expect Shine to be the last of the Ailes acolytes to leave. In the wake of Hannity’s tweets last week, sources inside Fox speculated today that he might follow Shine out the door. But a close friend of Hannity said that’s not the case: “He didn’t leave for Ailes. He ain’t leaving for Shine.”