Clinton was a "mismatched candidate" for a year of change, says author, and never knew why she was running 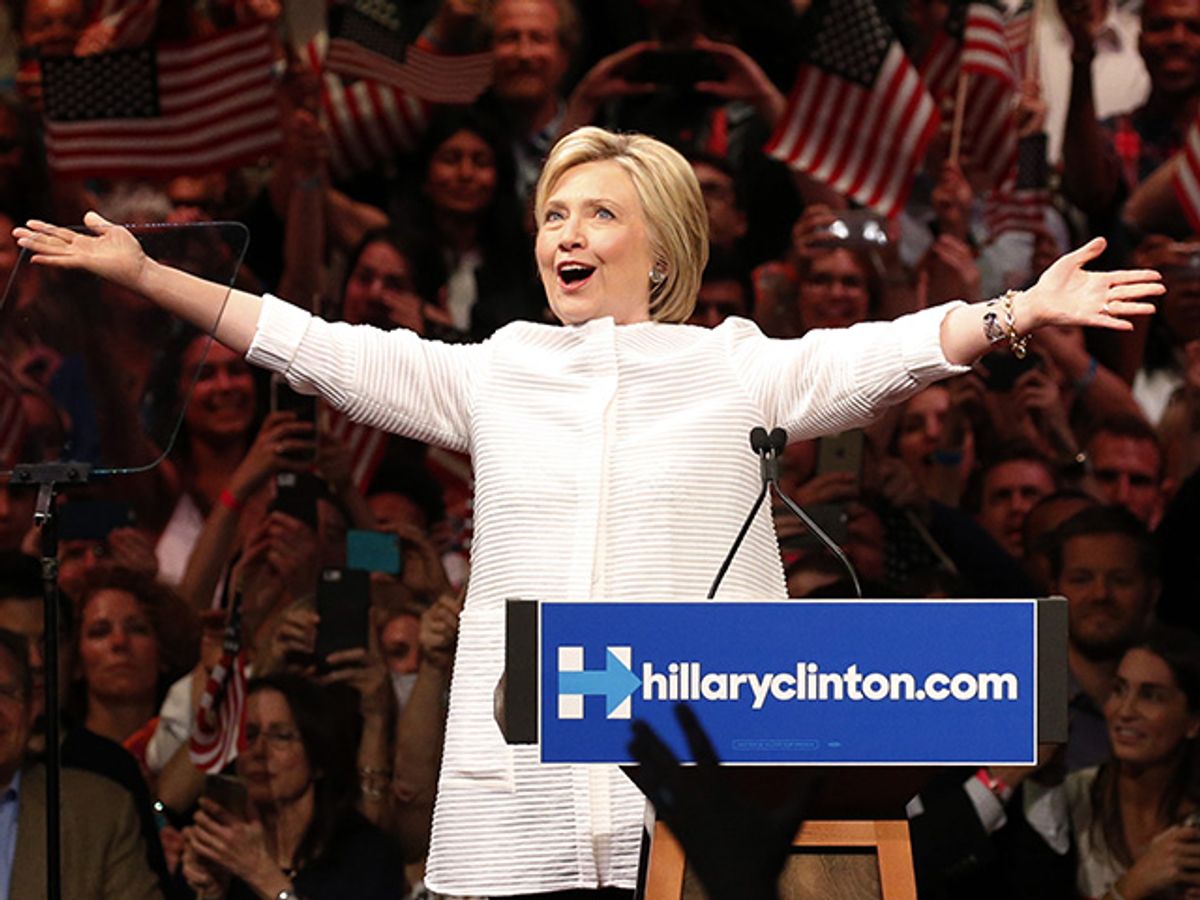 In “Shattered,” the first must-read book to emerge from the 2016 presidential election, political reporters Jonathan Allen and Amie Parnes provide a detailed autopsy of what their subtitle calls “Hillary Clinton’s doomed campaign.” Their account — drawn from background interviews with numerous people who worked in or around the Clinton campaign — is controversial for many reasons. As they admit in their introduction, Allen and Parnes assumed all along that Clinton would win, and that for all her strategic missteps and messaging problems they were probably chronicling the election of America’s first female president. Only on the night of last Nov. 8, they write, did the full meaning of their reporting become clear.

This inevitably means that “Shattered” reads the shocking election outcome backwards into its narrative, finding signs of doom everywhere. Almost everyone can agree that there were many factors that contributed to Clinton’s defeat: James Comey’s meddling, the apparent Russian hacking of the Democratic Party, an unpredictable opponent who galvanized his followers and a series of strategic and tactical blunders. Through it all Allen and Parnes identify one crucial constant that undermined Clinton’s campaign from beginning to end: the candidate herself. Clinton never seemed sure why she was running for president, and never articulated a grand vision of where she wanted to take the country. She offered reams of policy positions and a promise of competent and compassionate management. In a year when voters hungered for big, systemic changes, that wasn’t enough.

Parnes, who is senior White House correspondent for The Hill, stopped by Salon’s New York office for a Facebook Live conversation this week. She said that the advantage first enjoyed by Bernie Sanders and then by Donald Trump was that they made clear to everyone what they stood for, a sharp contrast to the data-driven caution of the Clinton campaign.

Look at Donald Trump: People knew what he stood for. He had his little slogan: “Make America great again.” If you talk to anyone on the street, they could basically tell you what he stood for ... When you saw Secretary Clinton's campaign -- she had this big wall we talk about in her Brooklyn headquarters that said “Hillary is for …” -- and there were hundreds of Post-it notes all over the place, and it became "Hillary is for everything." And when you're for everything, you're really for nothing.

As I suggested to Parnes, there’s a certain contradiction at work here. Everyone who paid close attention to the 2016 race shared that sense captured in “Shattered” that Clinton’s campaign carried some kind of mysterious curse from the get-go. She was haunted by her 2008 failure against Barack Obama, but apparently failed to learn its lessons and badly underestimated two more outsider opponents. As early as the fall of 2015, when Clinton bungled her first attempts to explain the State Department email “scandal,” her team of high-powered consultants and advisers seemed consumed by infighting and determined to steer straight into the iceberg at every opportunity. As I wrote at the time, there was a "deep-rooted sense that no one anywhere on the political spectrum is all that comfortable with Hillary Clinton, and that the more closely people look at her, the less inclined they will be to elect her president."

All that said, when Clinton’s defenders argue that what happened was not her fault and does not reveal any fundamental weakness in the Democratic Party or its message, they raise some valid points. Clinton faced a flukish and unprecedented array of obstacles while carrying the burden of being the first major-party female nominee in American history, and won more votes than any previous candidate not named Obama. Spread a tiny proportion of her huge margins in California and New York across the Rust Belt, and she’s the president today.

Parnes puts it simply: Clinton was a “mismatched candidate” for the mood of 2016, and that ultimately proved fatal. Parnes believes the primary battle with Sanders — which continues to fuel Democratic Party infighting nearly a full year later — hurt Clinton badly in the fall election, but she thinks that the Sanders supporters who argue that Democrats missed a historic opportunity may have a point.

“The thing [Sanders] did, during the tail end of the primaries, was that he really hammered her on the idea that she was in cahoots with the big banks,” Parnes said. “That narrative really hurt her. It was something that Donald Trump was already saying; he was calling her ‘Crooked Hillary’ on the other end.”

Parnes recently spoke to a former Sanders campaign worker, she said, “who pointed to the election in France and said, ‘This was the year of the outsider. It could have been us. It should have been us.’ And that’s a valid point: Maybe Bernie really could have beaten Trump. But this election was so crazy that I don't think anyone can predict anything anymore.”