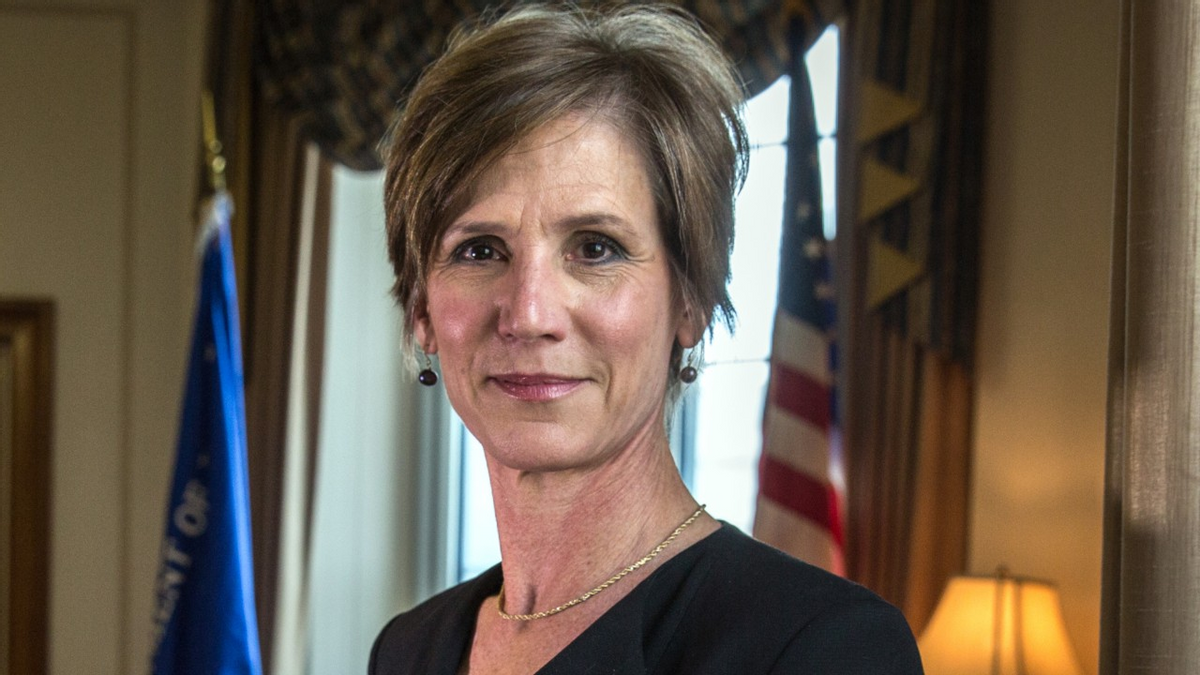 It now appears that President Donald Trump and House Intelligence Committee Chairman Devin Nunes had good reason to try to stop former acting Attorney General Sally Yates from testifying last month. When she appears before the committee, Yates plans on directly contradicting the Trump administration's official story about the events leading up to the firing of disgraced former national security adviser Michael Flynn.

Yates is going to testify before the Senate on Monday that she explicitly told White House counsel Don McGahn that Flynn had lied when he repeatedly insisted he had not discussed President Barack Obama's sanctions against Russia with that nation's ambassador, Sergei Kislyak, according to a CNN report. Yates will describe how in a meeting with McGahn on Jan. 26, she told him that she knew Flynn had lied publicly and privately to Trump administration officials about what he had discussed with Kislyak and she conveyed "serious concerns" that this made Flynn vulnerable to being compromised by Vladimir Putin's regime.

She also is reported to have told McGahn that Flynn could be fired, although she did not specifically recommend his termination. Flynn was fired 18 days after the Yates-McGahn meeting.

Yates' story will directly contradict the narrative presented by the Trump administration about the events leading up to Flynn's firing. On Feb. 14, one day after Flynn was removed from his post, White House press secretary Sean Spicer downplayed Yates' warning by saying that she had merely "wanted to give a 'heads up' to us on some comments that may have seemed in conflict with what [Flynn] had sent the Vice President."

Because of the sensitive and classified nature of the information that enabled Yates to reach her conclusions about Flynn, she will most likely omit some details about the factors involved.