You have to feel bad for Trump's budget director, who can do nothing but listen as all hell breaks loose 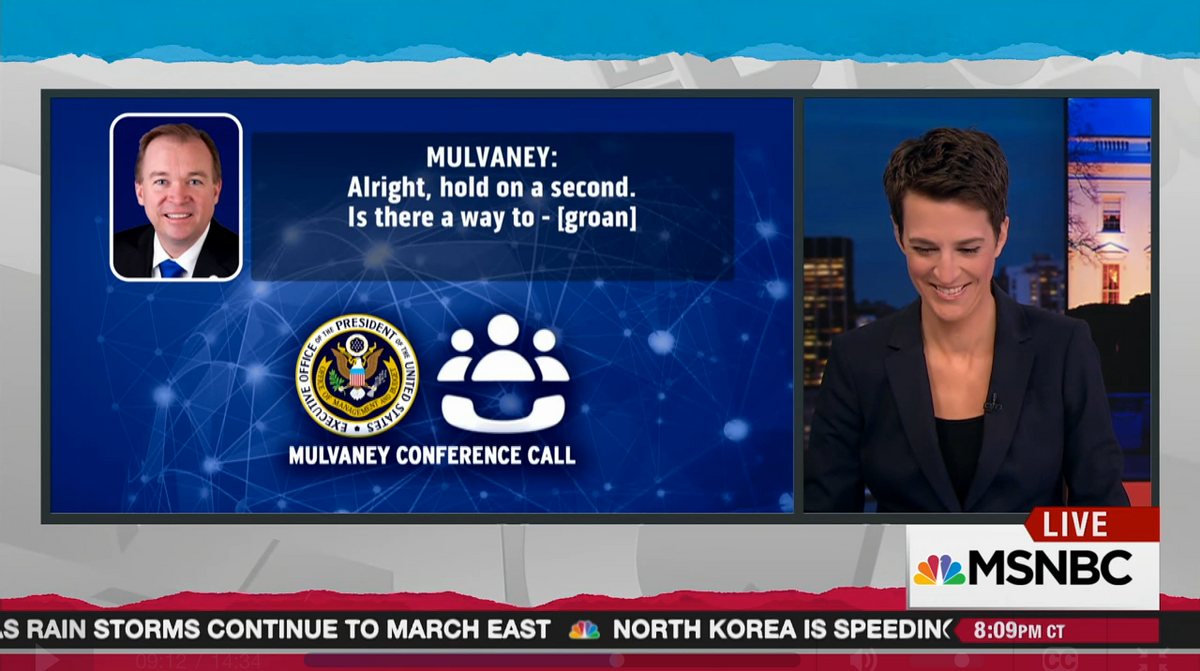 The Office of Management and Budget's director, Mick Mulvaney, had a scheduled conference call with the media on Tuesday, but it was comically cut short after an unmuted phone blaring classical music hijacked the conversation.

Members of the Trump administration have been proactive in their efforts to spin the president's first 100 days. Mulvaney, who has an important voice in the White House when it comes to budgetary and fiscal policy, struggled to be heard on Tuesday because he could not talk over the music.

A Washington Post reporter on the scheduled conference call asked Mulvaney to comment on President Donald Trump's tweet on Tuesday morning that called for a government shutdown in September to "fix" the mess in Congress.

Mulvaney sounded fairly confident when he said that he was "not worried about September." But right when he tried interpret Trump's tweet, the music dropped and all hell broke loose.

MSNBC's "The Rachel Maddow Show" provided audio from the call.

oh my god the Mulvaney conference call, via @maddow pic.twitter.com/YPZr1tZfRo

"We are having a lot of background noise here," Mulvaney said at one point during the call.

"By the way, if, for those of you that have put us back on hold, if you could mute your phones, that would be really great," Mulvaney said later, clearly exasperated. "I enjoy the classical music. I do. Alright, hold a second. Is there a way to . . ."  [Groan.]

Doug Obey, a reporter for an online news service for environmental updates called Inside EPA, tried to get in a question about renewable energy subsidies, but at this point Mulvaney was unintelligible.

The best line, Rachel Maddow noted, had to go to a media member on the call who could only state the obvious: "This is unbelievable."