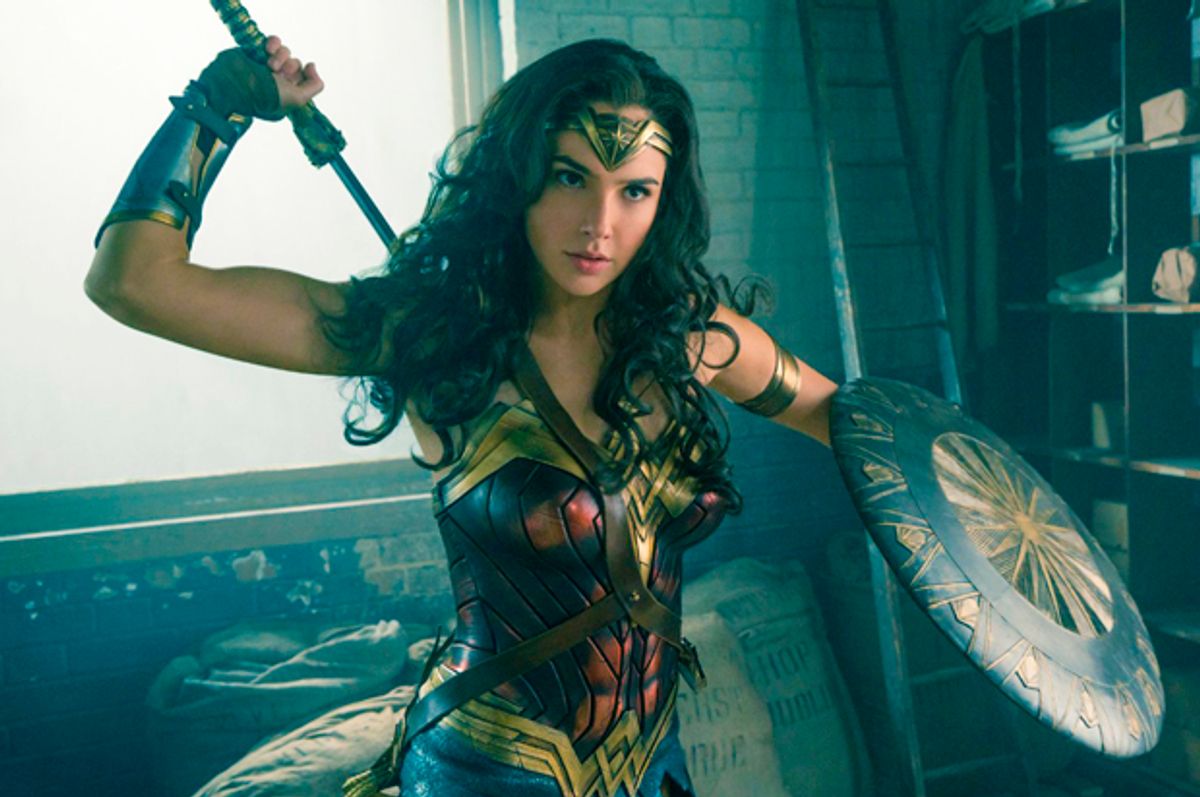 In a perfect world, the upcoming “Wonder Woman” movie would be a big-budget, 3-D opportunity to reaffirm the strength of womankind, appreciate and laud women for who they are and not just what they offer to men — and celebrate the female form not as a subject of desire but a source of power.

This is, as you may have noticed, not a perfect world.

Since Hollywood, capitalism and, let’s face it, life itself are just plain unfair, Warner Bros. has turned to the diet and wellness industry to promote the upcoming “Wonder Woman” film. Thanks to the brilliant feminist geeks over at The Mary Sue, we saw this: Gaze at the corporate synergy and sigh.

If that weren’t enough (it never is), thinkThin conducted a related customer survey, which found that “universal agreement across all age groups that Wonder Woman does not need anyone to complete her . . . though maybe they haven't met Steve Trevor!” Trevor is the character who lures Wonder Woman out of her idyllic Amazonian island home with calls to duty and the lure of normative romance. Just thought you should know.