The ACLU delivers the biggest trolling of all to Donald Trump 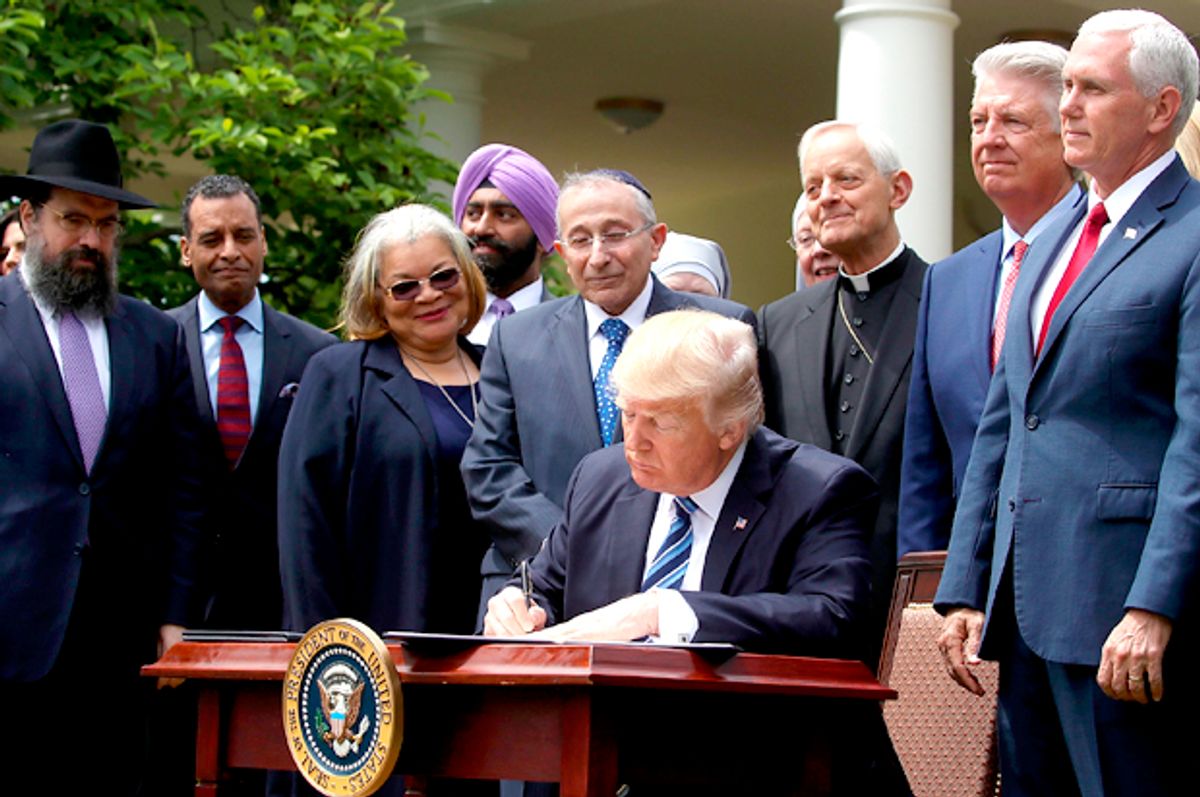 President Donald Trump signed an executive order on Thursday that he claimed would do away with the Johnson Amendment and allow businesses, hospitals, nonprofit organizations, and even government workers to discriminate against LGBT individuals and women who seek contraception or abortions.

The American Civil Liberties Union, on the other hand, thinks the president's description of that order was nothing more than "fake news."

Although the organization had initially planned on suing the Trump administration over the order, the ACLU has changed its mind on the grounds that "today’s executive order signing was an elaborate photo-op with no discernible policy outcome," according to a statement by ACLU executive director Anthony Romero.

He added: "After careful review of the order’s text we have determined that the order does not meaningfully alter the ability of religious institutions or individuals to intervene in the political process. The order portends, but does not yet do harm to the provision of reproductive health services."

Romero even went so far as to describe Trump's "prior assertion that he wished to 'totally destroy' the Johnson Amendment with this order has proven to be a textbook case of 'fake news.'"

This isn't to say that the ACLU was entirely optimistic. "The directive to federal agencies to explore religious-based exemptions to healthcare does cue up a potential future battle," Romero warned in his statement, before adding that "as of now, the status quo has not changed."

All the president achieved with his order was "provide a faux sop to religious conservatives and kick the can down the road on religious exemptions on reproductive health care services," Romero concluded.