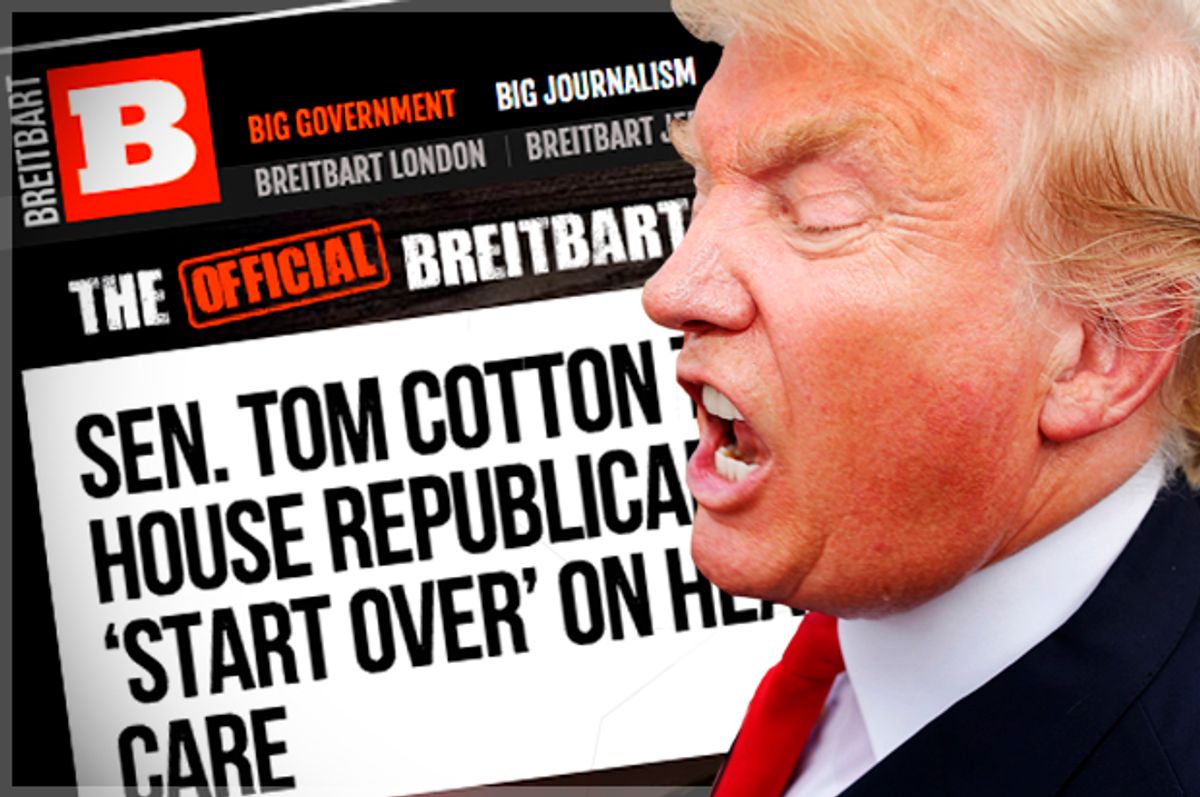 The recent news cycle hasn't been kind to Breitbart. First they were denied permanent media credentials to cover Congress, and now one of their major investors is facing a lawsuit accusing him of racism.

Robert Mercer, who along with being a Breitbart investor also raised money for Donald Trump's presidential campaign, is accused by research scientist David Magerman of making racist comments and then firing an employee who stood up to him, according to a report by Bloomberg. A lawyer for Magerman told the site that the Mercers developed "hostility" toward his client "because he dared to challenge their political views."

Among the controversial comments alleged to have been uttered by Mercer?

According to Magerman, Mercer told him that America began going in the wrong direction "after the passage of the Civil Rights Act in the 1960s," which refers to a number of bills that outlawed segregation and race-based discrimination in voting, hiring, and a wide range of other areas of American life. Mercer is also accused of telling Magerman that African Americans "were doing fine" in the late 1950s and that they are now the "only racist people remaining in the U.S."

Mercer later complained that Magerman was "going around saying I’m a white supremacist," although in that conversation he is reported to have "scoffed" at the notion that segregation had a negative effect on African Americans.

When Magerman later criticized Mercer's support for Trump in an article by the Wall Street Journal, he was suspended. Magerman claims, however, that he was told by the company's general counsel and chief financial officer that company policy allowed him to do so. At a celebrity poker event last month, Mercer's daughter Rebekah (who worked on the Trump transition team) is accused of telling Magerman that he was "pond scum" and that karma "is a bitch."

At a celebrity poker event last month, Mercer's daughter Rebekah (who worked on the Trump transition team), allegedly told Magerman that he was "pond scum" and that karma "is a bitch."