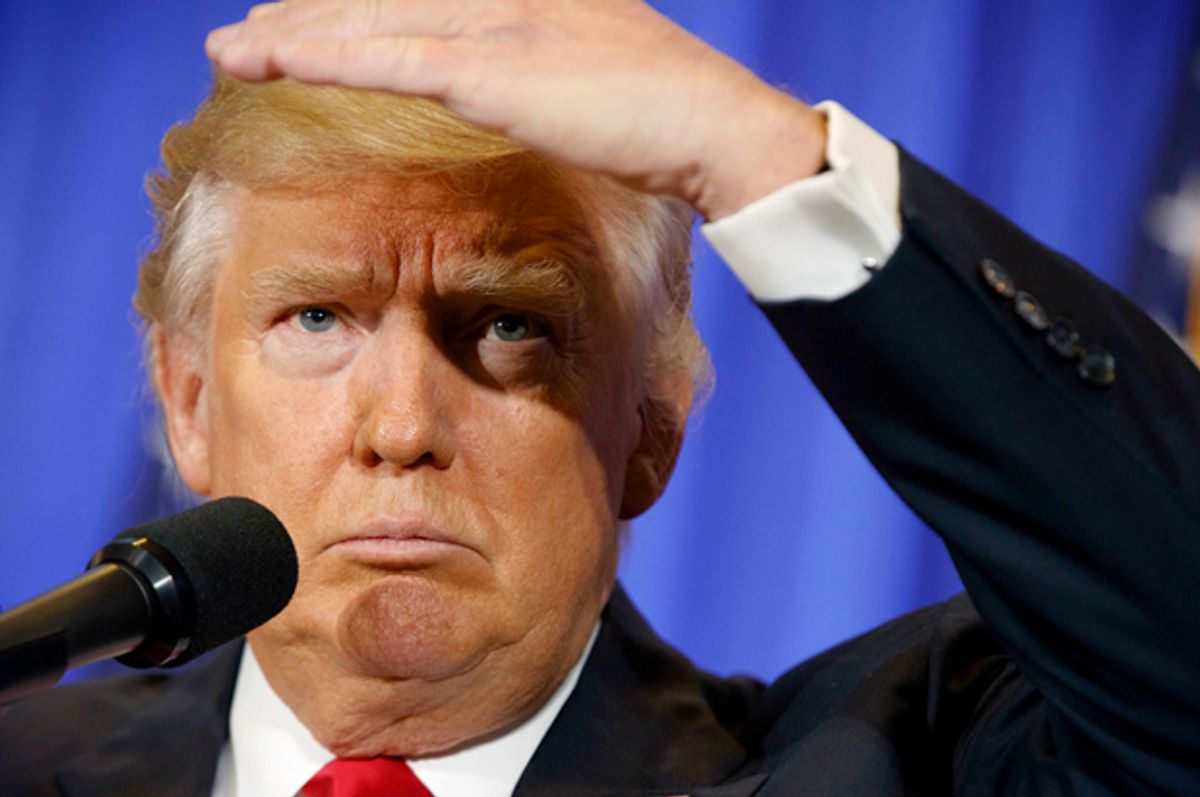 President Trump has already re-launched his campaign website on Tuesday -- and it appears that the president's new website has already needed to correct a typo that was on the front page.

The original typo was featured in a box on the homepage titled #MadeInTheUSA, according to Heavy. Under the hashtag, it read, “The inspiring story bout [sic] hundreds of American workers who manufactured the hats that became a symbol for our movement.” However, the typo has since been corrected.

The new website also contains a page dedicated to Trump's accomplishments during his first 100 days that the website says the "Mainstream media refuses to tell." Trump has previously said that the 100-day mark is something that isn't important and doesn't matter to him. The new site has statements touting that Trump has achieved a level of success that the country has never seen before.

"President Donald J. Trump has done more to stop the Government from interfering in the lives of Americans in his first 100 days than any other President in history," the site says. It then goes on to explain in detail his so-called accomplishments since taking office.

"Together we are rebuilding our nation" the front page of DonaldJTrump.com reads, above a solicitation for donations. It appears that even though Trump's has been in office for less than five months, he is already gearing up for his inevitable re-election campaign bid in 2020.

It's also not the first time the campaign prematurely launched promotions that contained a mistake. Last week a television advertisement focused on celebrating the president's 100-day mark, may have violated Defense Department laws.