Russian media — not U.S. media — gets to see Trump's meeting with an infamous Russian diplomat 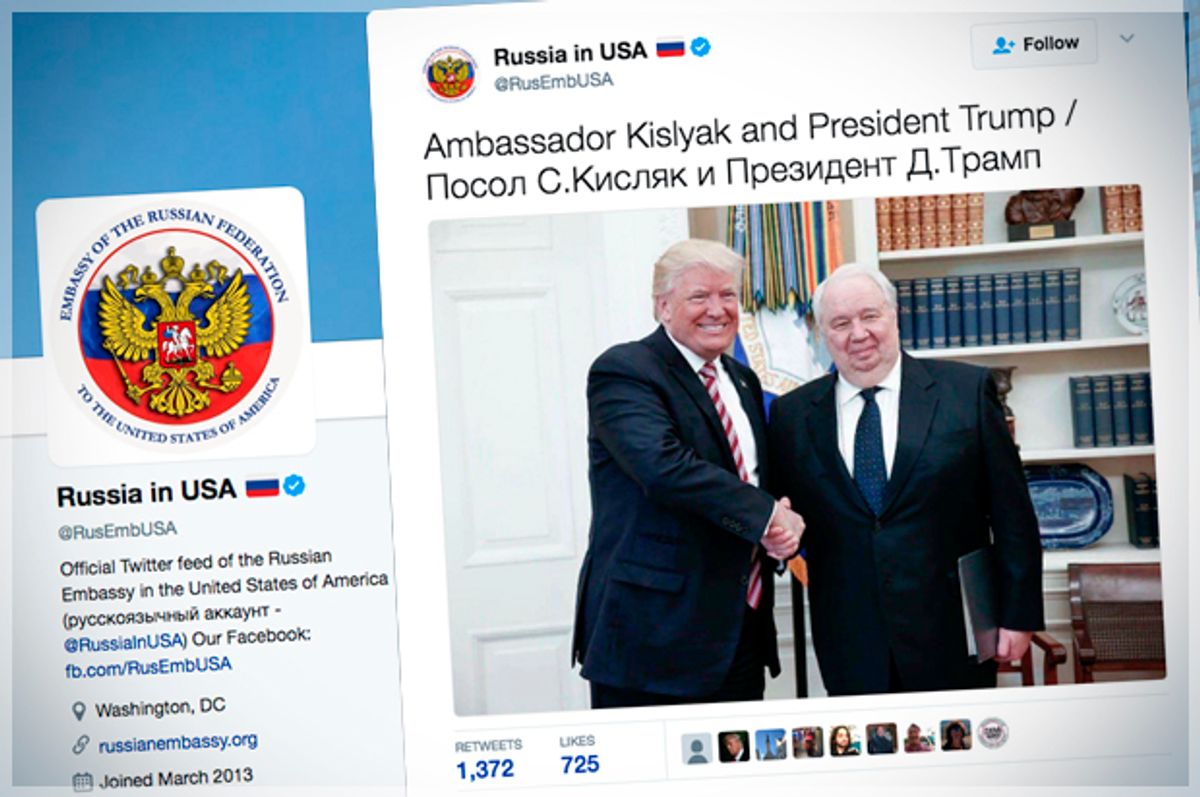 President Donald Trump met with two powerful Russian officials at the White House only one day after his controversial firing of FBI Director James Comey.

Although Trump's schedule showed that he was supposed to meet with Russian Foreign Minister Sergey Lavrov on Wednesday morning, the Russian embassy in the United States also tweeted out a picture of Trump meeting with their U.S. ambassador, Sergey Kislyak.

Kislyak has been described by the American intelligence community as both a spy and a recruiter of foreign agents, although Russian officials deny that this is the case.

While American media was shut out of the U.S.-Russia summit, Russian news agency TASS was invited in to take candid shots.

Earlier in the day, as Lavrov met with Secretary of State Rex Tillerson, the Russian Foreign Minister gave off the impression of being surprised at news of Comey's termination.

"Was he fired? You are kidding!" – Russian Foreign Minister Sergei Lavrov asked in US about ex-FBI chief James Comeyhttps://t.co/IrFi991lJz pic.twitter.com/xbEnYQJJsC

On another occasion, when pressed about allegations of Russian collusion with the Trump campaign, Lavrov condescendingly told the reporter that "I thought we are all adults here, I didn’t know I would have to answer these types of questions in your democratic America." Meanwhile Russian President Vladimir Putin was asked by a CBS Evening News reporter about his take on Comey's firing. The leader, at a hockey game, replied that "your question looks very funny for me. Don't be angry with me. We have nothing to do with that. President Trump is acting in accordance with his confident and in accordance with his law, the constitution."

Our @elizapalmer caught Russian Pres. Putin rink side and asked him about the firing of former. Dir. Comey. pic.twitter.com/3nytJYi0si — CBS Evening News (@CBSEveningNews) May 10, 2017