GOP claims about voter fraud have traditionally been use to suppress minority voters, but Trump is doing it anyway 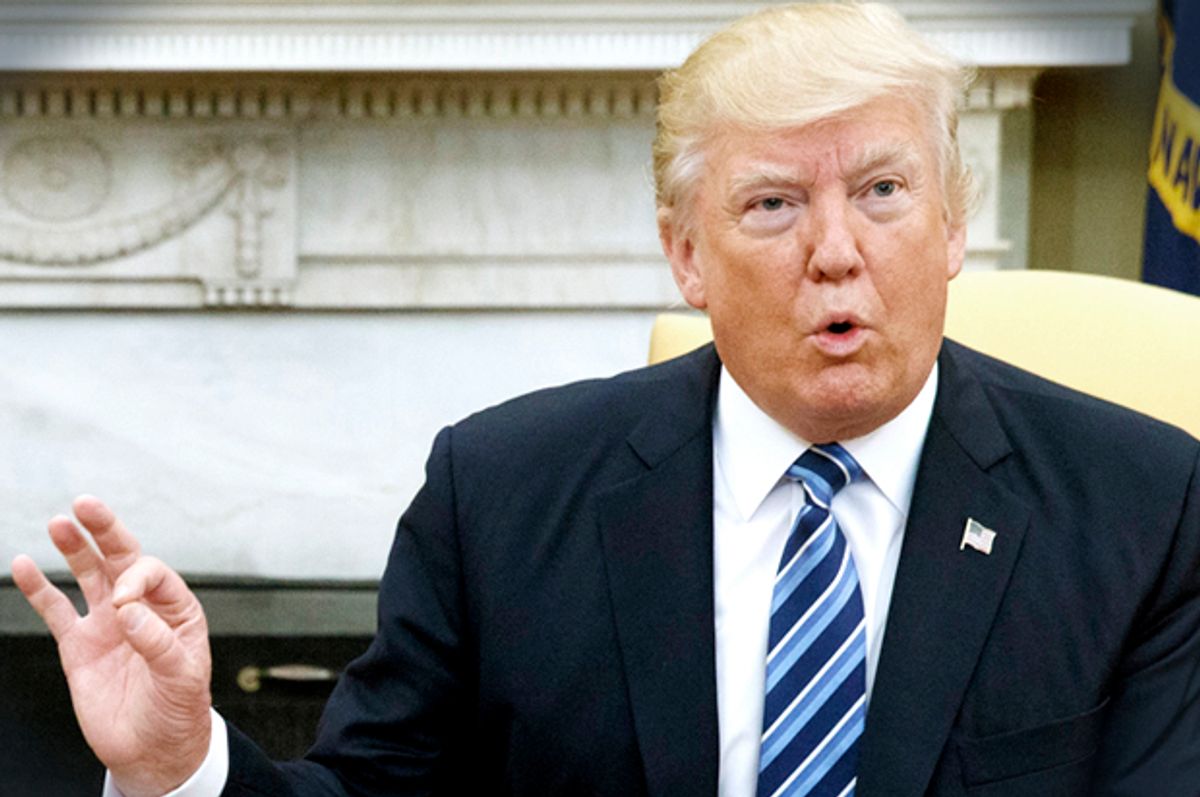 President Donald Trump's longstanding claim that he would have won the popular vote had it not been for illegal voters has never had any merit, but as long as it's been confined to the realm of Trumpian bloviating, it has hardly been among the most harmful aspects of his presidency.

If reports about a Thursday executive order reviewing voter fraud is correct, however, that is about to change.

Trump is expected to sign an executive order establishing a so-called "Presidential Commission on Election Integrity" that will be chaired by Vice President Mike Pence and co-chaired by Kansas Secretary of State Kris Kobach, according to a report by ABC News. Other potential commission members include state secretaries of state like Matthew Dunlap of Maine (a Democrat), Bill Gardner of New Hampshire (a Democrat) and Connie Lawson of Indiana (a Republican). Former Ohio Secretary of State Ken Blackwell, a Republican, and commissioner of the election assistance commission Christie McCormick are also reported to be under consideration.

Kobach in particular has been repeatedly humiliated in the past when he has attempted to defend his claims that voter fraud is rampant.

It is reported that the commission will be bipartisan in nature and hunt for "improper voting, fraudulent voter registrations and fraudulent voting." Although the Trump administration has not offered a draft of the impending order, they said that it will have a broad scope of reviewing powers and plans on addressing not only Trump's claims about the 2016 election but also "systemic issues that have been raised over many years in terms of the integrity of the elections," according to one official who spoke with ABC News.

The order will be passed one day after a study revealed that voter ID laws in Wisconsin had managed to suppress roughly 200,000 votes in the 2016 presidential election (Trump won that state by 22,748). In recent history, Republican efforts to stop overblown claims of "voter fraud" have had the effect of reducing turnout among racial minorities and other groups that traditionally prefer Democratic candidates.