Michael Kinsley is right about the Donald: He is the leader of America and we revere and respect him 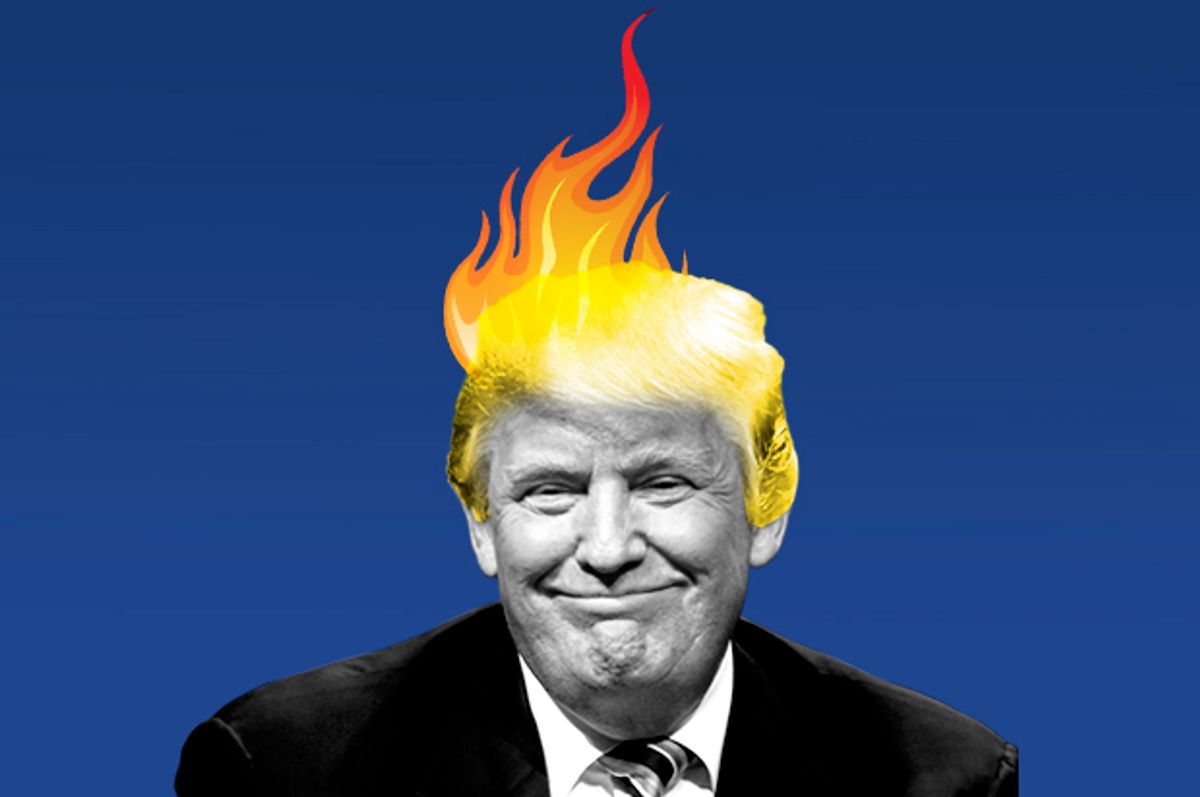 When Michael Kinsley introduced the idea of saying something nice about Donald Trump in the pages of The New York Times a couple of weeks ago, it was merely a mainstream expression of something I’ve been doing in these pages for years. As America’s most pro-Trump pundit, I’ve never had a problem saying something nice about the Donald, who has always treated me and my work (particularly my Trump biography "Titan of Gotham") with the respect it deserves.

So when Kinsley posited that “Trump is good at Twitter,” I found that excessively obvious, like saying “Michael Kinsley is good at writing articles for The New Republic 30 years ago.” Here are some things that I know about Trump that you may not. The New York Times has my number if it wants me to expand upon them for its series. Not the landline, please; we discontinued that years ago.

Donald Trump is a generous philanthropist. No American has given more money to charity over the last 40 years than Donald Trump. He doesn’t talk about this much, because he’s a modest person who doesn’t like to call attention to his accomplishments. Because of that, there’s absolutely no paper trail. But trust me: Trump has been a quiet backbone for the arts and poverty relief over the decades. The wretched of America should genuflect in thanks.

Donald Trump is an excellent dancer. He didn’t dance much at his inauguration because he didn’t want to show up the attendees who had paid millions of dollars to gain access. Anyone who knows him, though, will tell you Trump can really cut a rug, and not just for his head. He has special expertise in the tango, the marimba, the waltz, and, more recently, several native dances of the Philippines. In fact, if he didn’t win the presidency, which he totally did, he was slated to compete on "Dancing with the Stars," and he would have won that, too.

Donald Trump is a chess grand master. If the news about Trump often seems mind-boggingly incomprehensible, even random, that’s no accident. These are strategies that Trump has learned over his quiet and successful career as an international chess champion. He has perfected such techniques as the Obfuscating Knight, the Hidden Queen in the Tower and the Board-Overturning Temper Tantrum. And he never loses to the Russians.

Donald Trump is a warm and tender lover. I don’t know this from personal experience (wink, wink), but I’ve interviewed several people, like Michael Wolff, who have personally witnessed Trump in flagrante delicto, and I can report that the man has unparalleled technique in the sack. Just look at all the beautiful women he has bagged over the years. Sure, he’s handsome and rich and charming, but his sick-ass lovemaking moves keep them coming back. Remember that it’s not the size of the fingers that matters; it’s the motion of the ocean.

Donald Trump is incredibly strong. There’s a reason that we never see Donald Trump with his shirt off. It’s because that, even at age 70, he’s ripped like a luxury tower. When he leaves the presidency in 2032, Trump plans to enter the World’s Strongest Man competition, and he will win because he never loses.  Every morning, while hate watching CNN, he undergoes a rigorous workout of deadlifting gold bars and then does 1,000 push-ups. His chest muscles ripple, big-time. And no part of Trump is stronger than his neck, which has to hold up his head, which contains his enormous brain.

Donald Trump is an accomplished puppeteer. When Trump said to Hillary Clinton, “No, you’re the puppet,” he meant it. Certainly, he plays other world leaders like they are his toys, but little did you know that he is an actual master puppeteer. Trained in the finest puppeteering schools in Europe, Trump can manipulate stick-and-rod marionettes like Vladimir Putin can manipulate elections. He is also a great manipulator of shadow puppets, hand puppets, finger puppets, pop-up puppets, Muppets, and life-size protest puppets, which he burns after using. Everything is a puppet to Donald Trump.