One thing Amazon got wrong about "I Love Dick" (and women) 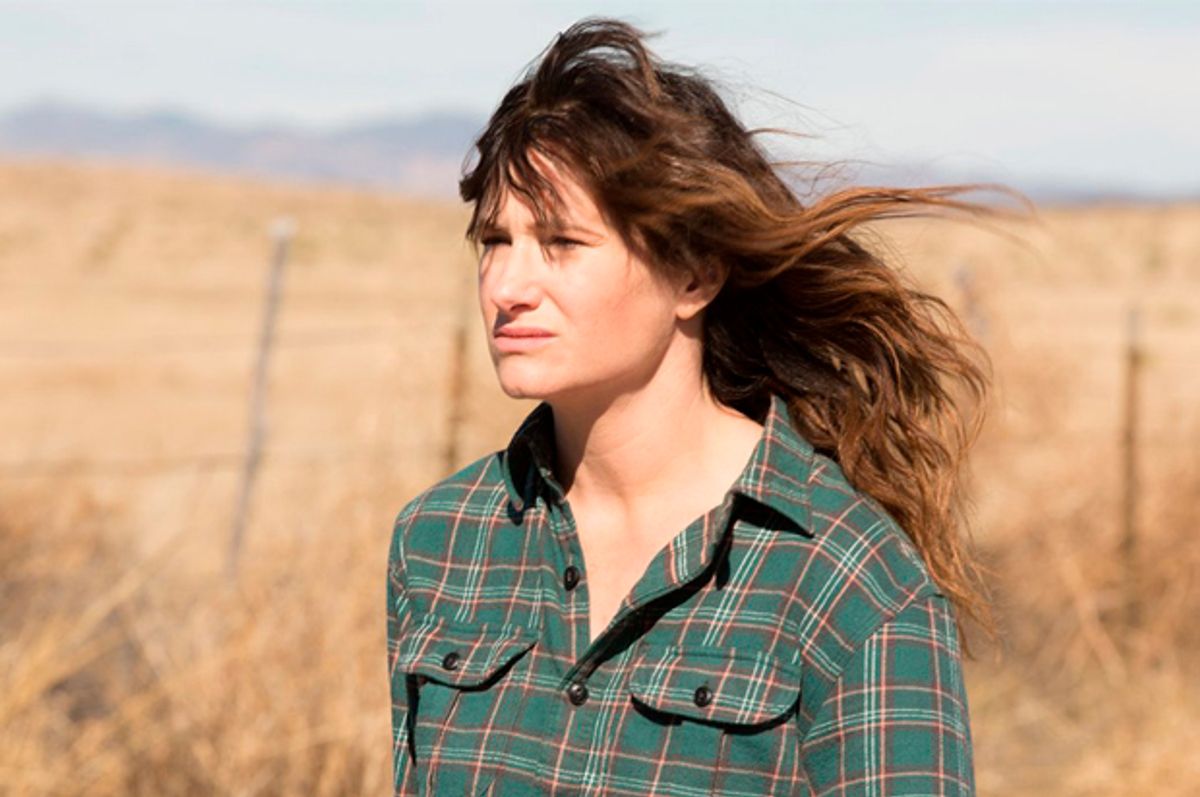 In the two decades since Chris Kraus wrote "I Love Dick," the book has become somewhat of a reference point for a certain kind of  young, woke woman. Though initially met with only moderate success due to its small-press origins, Kraus’s brutal novelization of one woman’s descent into romantic obsession eventually rose to fame through social media circles in the 2000s — a sleeper hit in slow motion.

Earlier this weekend, the same story became the unlikely subject of an eight-episode Amazon comedy series — at least, we think it's a comedy series — starring Kathryn Hahn and Griffin Dunne as a pair of married art types on an aesthetic pilgrimage to Marfa, Texas. Kevin Bacon plays the deliciously mysterious cowboy artist who comes between them.

For those who’ve read "I Love Dick," the book can be a gut punch. There, on the page, are unspeakable desires and shameful behavior many have felt or done, but have never before encountered in print from a woman’s perspective (male writers such as Philip Roth and Charles Bukowski have long and proudly displayed such darkness in print).

"I Love Dick" can be a difficult read, and not just because of the prose. The ugliness it reveals is all too real. But while complexity may make wonderful TV, ugliness and discomfort rarely do. It's a gamble. To many, the smart, impressive cast and smart, accomplished director (Jill Soloway of "Transparent") attached to the production may have just pulled off this rare attempt at adapting the female gaze for the screen.

So, then, what the hell is going on with the billboard for the series?

Something* tells me this graphic designer didn't read the book. (*it's the bullet/lipstick combo that lets you know this is edgy content for the ladies.)

The provocative title, underlined with a red lipstick smear next to an open tube of lipstick, its cap replaced by the bullet beside it. What even is this?

In a way, this off-brand marketing campaign hits just as hard as a the book. Why was an indie, intellectual artwork being given kind of treatment that would be appropriate for a Thursday-night Shonda Rhimes drama? The combination of bullet and lipstick was surely meant to signify that this is edgy content for the ladies. Yet it’s possible to imagine how those who haven’t read the book could easily think the show would consist of protagonist Chris dishing about Dick to her girlfriends over cosmos (with some weird murder mystery subplot thrown in for extra Nielsen ratings).

And that’s the problem with so much of prestige TV’s tepid courtship of adult female viewers. Even when the content is on point and available, it seems there’s a disconnect when it comes to how we talk about these stories.

Whether it’s the studio or the marketing bros making the decisions — or even the media in choosing how to spin the conversation — it regularly seems it’s not enough to simply let these series stand on their own artistic merit. Too often, the uneasy solution has been to either diminish or trivialize the female connection.

Awkward attempts (like the lipstick in that ad) are made to reach out specifically to women, who, for some reason, marketers seem to think need to be spoken to in another language. On the other hand, the dialogue of gender politics can become a bigger part of the conversation than the artistic merits of the show itself.

Something similar happened during the rollout "The Handmaid’s Tale," another reinterpretation of a female-driven story from a woman writer — this time Margaret Atwood’s dystopian near-future novel from 1985. Much of the media blitz surrounding its debut was centered on whether or not the series (and the novel itself) is feminist. For their part, the cast — led by Elisabeth Moss, whose personal religious beliefs as a Scientologist have been called into question in published criticism of the show — first chose to distance themselves from the “F” word before coming around after an internet backlash. But who even cares?

The fact that women can tell compelling stories — about women — should not come as news to anyone. Why then, do the conversations surrounding them have to be so limiting? As exciting as it is to hear female voices, their messages cannot really be part of the general cultural conversation as long as the powers that be feel the need to wrap these stories in pretty pink packages meant to be served with a side of gossip and chilled wine.

One day, perhaps, art about (and hopefully from) women can be untied from conversations about all women. One day, the novelty will be so far removed that these stories will be treated just like any others.

Until then, however, it would be helpful if studios stopped trying to scoop them up into cute little packages as if they were macaroons or another piece of chick-lit. "I Love Dick" was never meant to (and certainly doesn't) offer uplifting message of "Eat, Pray, Love" or the fun, naughty thrills of "Pretty Little Liars." Why make it look like it might if not for the fact that you just don't speak "woman"?

In fiction, as in life, there isn’t always a happy ending, no matter whether the story is about a woman or a man. It's promising that Hollywood is starting to use the work of women for inspiration. It would be even better if its marketers could resist the urge to to slap a tube of lipstick on it when they do.