"It could be with sex or it could be food, everyone has some way of struggling": Guillermo Pfening, leading man of "Nobody's Watching" talks with Salon 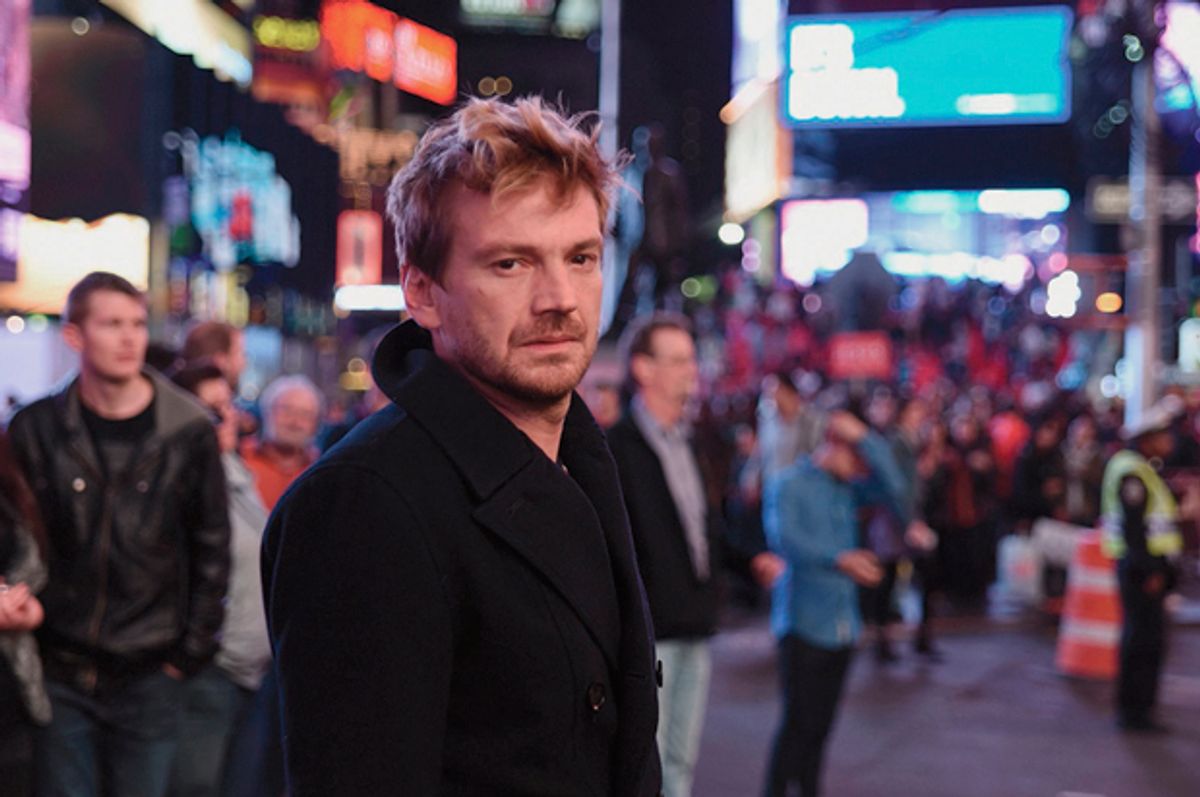 In the Argentine comedy-drama, “Nobody's Watching,” Nico (Guillermo Pfening) is an out-of-work actor struggling in New York City. He left Buenos Aires, where he had success on a soap opera, because of his romantic troubles with Martin (Rafael Ferro), one of the show's producers.

Now in New York, waiting for a promised film project to come through, Nico is living practically hand-to-mouth. He steals food and things from stores and schemes to keep his head above water and also works odd jobs as a nanny or a waiter. Nico eventually hits bottom and makes some life-changing decisions.

Director Julia Solomonoff adroitly portrays Nico’s downward spiral. The film may at times be hard to watch — Nico embarks on some rather self-destructive behavior as his frustrations grow — but Pfening’s controlled, expressive performance conveys tremendous emotion as Nico walks a tightrope between sympathetic and pathetic.

Pfening won the award for best actor in international competition at this year’s Tribeca Film Festivial, where the movie had its world premiere. He met with Salon to talk about making “Nobody's Watching.” Our interview was translated by Miguel Belmonte, a working actor, from Spain, who tends bar in a restaurant in New York and understands the character of Nico firsthand.

What can you say about some of the odd jobs you’ve had as an actor when you’re not working as an actor?

Pfening: When I arrived in Buenos Aires when I was 18, I was waiter and I worked in a supermarket promoting detergent.

Belmonte: It sounds familiar because when I moved to New York, until I got my working visa and everything ready — I mean my work permit — my first job ever was cleaning up ashtrays, back when you could smoke in New York, and glasses from a bar. I was, for at least a month, a month and a half, doing that and translating things . . .

Pfening: Nice! So when I came to New York to get ready for the character, I worked in a bar. [The director] Julia had a friend who made me work as waiter to experience what that was in New York.

Why do you think Nico is such a mensch and such a schemer? He seems to be constantly trying to redeem himself for his bad behavior. What can you say about that aspect of his character and making him likable?

Pfening: Nico’s hurt [by Martin]. He’s trying to escape from that love, that hurtful love. Nico’s trying to get away because at this point, he’s open to everything. He wants to see what’s going to happen.

Belmonte: I liked that, and I noticed that in the movie, too. Even when he’s not acting professionally — because he came here to be an actor — Nico, he’s acting all the time. Being a thief when he goes to the pharmacy and steals things. He’s played the character of a nanny when he’s taking care of a friend’s kid.

Pfening: Yeah, so when his friend comes to visit, it is one kind of acting. And when he goes back to Argentina and people ask, “Oh, New York. How was it? Did you act in things?” And he was like, “Well, yeah, in a lot, but you cannot see them.”

Pfening: For Nico, failure per se, or fear of failure, is something he cannot think about but, for sure, Nico knows that he’s going to stay in New York. There’s no question about it because the failure would be go back to Argentina where he had to deal with his former lover and someone that is not accepting his sexuality.

Let’s talk about his sexuality. I mean Nico’s gay. He has a one-night stand because he needs to find a bed for the night. He is with Martin, somebody he couldn’t love because Martin couldn’t love him. He has anonymous sex to dull his emotions. Did you have concerns about how you portrayed this aspect of his character? It’s very self-destructive behavior in some cases, but it’s very emotional in others.

Pfening: Well everyone has some way of struggling. It could be with sex or it could be from food or whatever. But these scenes — they were incorporated during filming. It wasn’t in the original script. Julia and I decided to show the depths that they would go to show Nico’s self-destruction.

Did you have concerns about the sex scenes and the nude scenes? I mean did you feel like this was a way to express his character or was it more just because it was something that wasn’t part of the film that you wanted to portray?

Pfening: On the contrary! I wonder why sometimes we use clothing!

OK. For you, Miguel, as an actor, do you have failure that you draw on or do you have concerns about characters you play that are self-destructive or have these kinds of qualities?

Pfening: Once you’re in the scene, you forget about everything else and you just have your focus and do it.

Let me ask about making a film, about the film industry. I mean it’s a very insular world and I think people who are part of it understand it and people who work around it understand it. But there’s got to be a universal quality to it that somebody who’s not in that world can watch a film like “Nobody’s Watching” and appreciate it and understand the character. Can you talk about that element?

Pfening: Why do we have movies about psychology or whatever? It’s universal what is happening to Nico. It happens that he’s an actor. I agree with Miguel. I like the movie a lot because it shows the life of an actor. And we have all been in that situation with a broken heart . . .

I think that’s the thing because Nico very much he wants freedom. But he also wants privacy. There’s a measure of celebrity. But at the same rate, he really wants to be sort of alone. And the title, of course, refers to nobody seeing what you’re doing. But that’s also that nobody’s watching because you’re not making any work. Can you talk about the ideas of freedom, privacy and celebrity?

Pfening: Once upon a time, I was doing my job, but then I became more known because I had a daughter with a woman and we co-parent. It was something that was very unusual [in Argentina]. And because of that, I got a bit more press.

I like talking about my work, like we’re doing right now. I never was interested in being in a magazine and being the poster boy and posing. But because of what happened with my daughter, people started to get interested in watching me. Now a lot of people are watching me so . . . I just want to be happy and to make people happy, and what’s important to me is not fame or whatever.

So for both of you, what defines success as an actor? Is it that you’re constantly working? Is it that you’ve achieved a level of celebrity and have this career that you want? Or is it just sort of doing what you can?

Pfening: Well, I’m an actor, and celebrity was something that never attracted me. I didn’t do this to be famous. I do theater. I do films. Celebrities in Argentina, they do a lot of TV like “Big Brother.” So that’s kind of like a celebrity. Perhaps I’m not making as much money, but I mean I’m happy with that because I’m an actor and that’s success.

Belmonte: I kind of agree. Maybe when you’re younger, you think . . . to be a working actor, you have to be famous. But then you realize that as long as you can do projects and can tell [stories] that you’re proud of and you can change someone’s life, that’s enough. I mean I don’t need to be, like Guillermo says, having 10 houses and 20 cars. Success to me is being able to do what you like and move people with it.