Honored for a career in indie film, Anders is now busy directing TV like "Riverdale and "Orange Is the New Black" 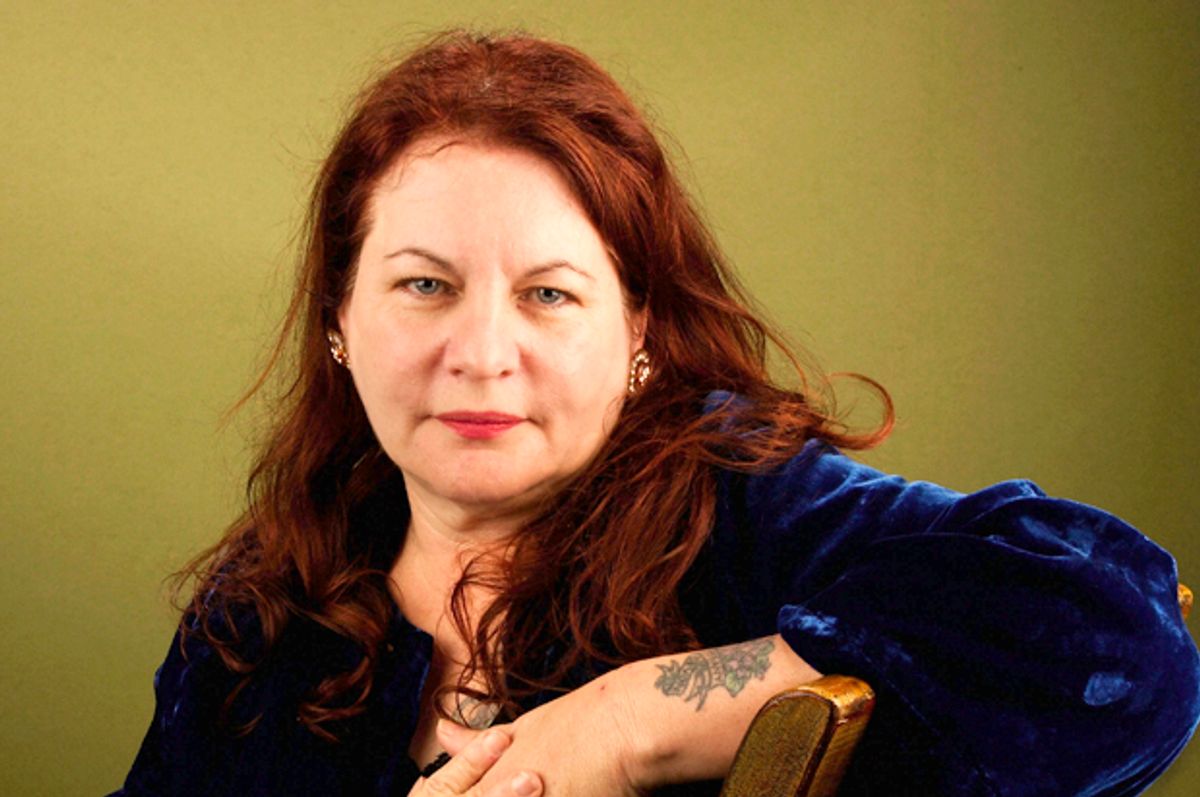 Writer-director Allison Anders had a breakout indie film in 1992 with “Gas, Food Lodging.” This flinty drama, about a mother (Brooke Adams) and her two daughters, Shade (Fairuza Balk) and Trudi (Ione Skye), grappling with love and life in New Mexico, will be screened in honor of its 25th anniversary at the launch of Philadelphia’s Lightbox Film Center (formerly the International House Film Program) on Thursday, May 18. Anders will be on hand for a Q&A to talk about her film and her career.

In addition to her seminal hit, “Gas, Food Lodging,” Anders made several terrific female-centric films over the next decade, including “Mi Vida Loca” about a girl gang in Los Angeles; “Things Behind the Sun,” a powerful drama about a haunting crime; and “Grace of My Heart,” the story of a Carole King-like singer-songwriter. Anders now works mostly in episodic TV; she recently helmed an episode of “Riverdale” and has directed episodes of “Orange Is the New Black,” “Sex in the City” and “Southland.” She also teaches film and co-produces the “Don’t Knock the Rock” film and music festival.

Anders chatted via Skype with Salon about her career and state of the industry, as well as what it meant to be a female filmmaker who rose to prominence in the heady days of American indie cinema.

“Gas, Food Lodging” was a hit at Sundance in 1992 when the landscape for independent films was very different from today. What observations do you have about independent film?

It’s amazing. People can’t hope for the kind of thing we had then. That “Moonlight” got the Oscar this year was pretty incredible. That was almost like one of our films from the '90s making it like that. We were the last generation of filmmakers — not one-offs, but a whole generation — to shoot on film. “Gas, Food Lodging” was edited on film and expected to screen on film. We didn’t have digital cameras, so more money was needed to make a feature — even an indie feature. “Gas, Food Lodging” was $1.2 million, and you would just never get that kind of money these days. You’d get $500,000 and have to shoot in a place you didn’t want to because the state offered a tax break, and everyone in it had to be a movie star.

A lot of the financing for my films came from the video [rights]. German TV is also what started the American indie film movement. The other thing that was going on was that you had theatrical [release]. Films would sit in theaters for weeks to build word-of-mouth. That was a tremendous support for these films that had nontraditional storytelling and stars and were off-the-beaten path projects. Critics mattered.

Yes, it was important for critics to champion these films!

What you realize is, without film critics — and the same is true for music — you need people in pop culture identifying trends, artistic movements — not Twitter trends. You saw the disappearance of that power with magazines disappearing; when you saw that change, it’s almost like a lava lamp you turn off. The blobs flatten out. Critics would identify how these filmmakers kind of relate. There’s no strong direction, no sense we are doing something together anymore. Filmmakers are not going to figure that out on their own. We need critics.

What observations do you have about the film landscape being a female writer-director?

I noticed trends that second films were difficult for women directors. They made a splash at Sundance and then boom; there’s nothing. That didn’t happen to me because I was busy with the next project. I was ahead of the game before they caught up with my box office. I told female filmmakers: You have to be ready because you won’t have the same opportunities as the men coming out of Sundance. Chances are your film is character driven and the [guys’ films] are more genre oriented. [Male-directed films] do better at the box office, especially after the mid-'90s, when you couldn’t count on your film to be kept in theaters long because distributors had more product than they did in the '90s.

I’ve been mentored by male directors: Wim Wenders; Martin Scorsese, on “Grace of My Heart"; and Chris Chulack, on “Southland,” who taught me how to do a car chase and all kinds of action stuff I never knew how to do. While I was mentored by three generous men, I’ve also been enormously inspired by my foremothers Ida Lupino, and Dorothy Arzner, who is in a class all own her own. Arzner should never have disappeared. She invented the fishing pole for the boom mike!

You haven’t made a theatrical feature in a while. Is it difficult to get a project made?

I hope I make another movie soon. I did write something and I think it’s something I could make. When I wrote my first feature script, I won a fellowship and the Samuel Goldwyn award; [folks] were shocked to see this female character and asked, How did I come up with this? I didn’t know what to say! That was my life! She was me and my mom and women I knew.

Your career has shifted into episodic TV, which seems to be where many female filmmakers are working these days. Can you talk about that transition and your work on these projects?

I would often go on a set and be the first female director who worked on a show. At some point they were feeling guilty and I was more than happy to relieve their guilt. Everyone is working in TV now and people, male or female, make a couple of movies and then find themselves working in TV. What’s the difference? Your film will end up there.

Anna Biller shoots on film and screens on film. If a man wrote, directed, produced, did the paintings and costumes, edited and composed the music, like Anna did with “The Love Witch,” we would never hear the end of what a genius he is. She is hope for me for a new generation of women filmmakers who are audacious and driven by a personal vision. I’m very excited by her. I also adore Martha Stephens. She made “Pilgrim Song” and co-directed “Land Ho!” She’s a wonderful filmmaker.

A lot of us end up in episodic TV, and thank God they are hiring more women. I was lucky to keep working. It’s a little rough because if you’re not a journeyman director and used to writing and directing your own stuff, as I am, you go in and have to serve the show. It’s not your baby. In that regard, it takes some getting used to, and you don’t ever totally get used to it if you come from where I come from. A lot of my colleagues from the '90s don’t do it. And some want to get in because it’s a gig, and you get residuals for years. I directed four episodes of “Sex and the City” and it paid my bills. And it’s over in three weeks, you don’t carry the burden of it. You have to keep doing it, though. If you get out of the game, you’re going to mess your [career] up.

“Gas, Food Lodging” remains arguably your best-known film. What are your thoughts on your legacy?

I lived with a guy for 10 years who was in a band called Gun Club. I was a big fan of the band, and it was in the punk period. And he asked, “Am I always going to be known as the drummer from Gun Club?” It’s music from 30 years ago. But it holds up. There’s a whole cult around it.

You can’t decide what people remember you for. If people go to my IMDb page, my top movie is “Four Rooms” because that’s the film that gets the most hits. People who know me aren’t looking for me for that film!