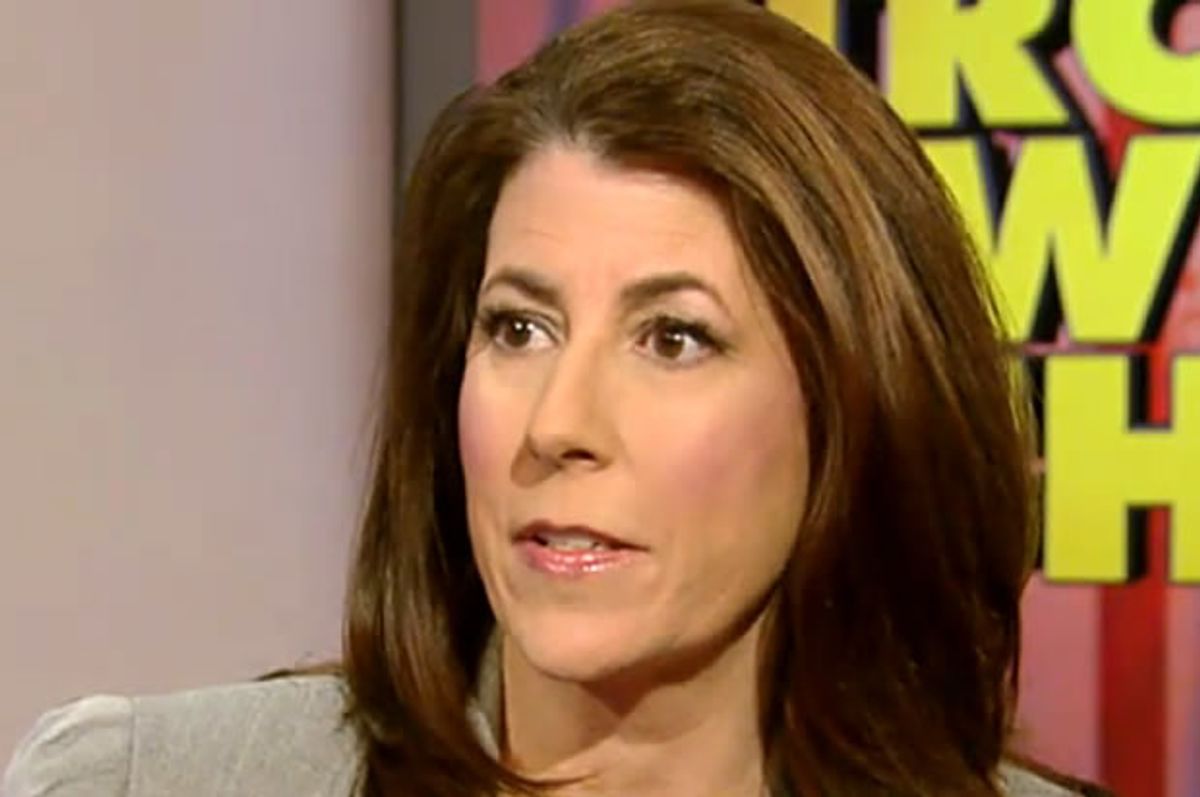 A Fox News commentator is engaged in furious damage control after she mocked an autistic child.

Conservative commentator Tammy Bruce apologized on Tuesday for recently describing a child as a "snowflake" because he wanted Vice President Mike Pence to apologize for accidentally swatting him in the face, according to a report by RawStory. During a segment on Fox News on Friday, Bruce criticized the child by saying that "I guess we’re giving birth to snowflakes now, because that looked like that kid needed a safe space in that room."

Bruce explained to the viewers of Fox News' "Happening Now" that the child "pretty much stalked the vice president afterwards." Arguing that Pence hadn't even done anything that terrible, Bruce complained, "The fabric on his sleeve touched his nose maybe. He stalks the vice president, says, ‘you owe me an apology.'"

Upon learning that the child was autistic and that the mother's child was openly calling out her comments, Bruce returned to Fox News on Tuesday to apologize, saying "My intention was never to hurt a kid and his mom. We had absolutely no idea Michael was on the autism spectrum, and as a gay woman and feminist, I’ve spent most of my adult life working to improve the lives of woman and children, and those who are disenfranchised."

This isn't the first time that Bruce has made comments which got her in trouble. In 2015 she attracted controversy for minimizing the experiences of transgender children by saying, "There was a point when I was a child where I thought I was a cocker spaniel."