Impeachment may be a real possibility for Donald Trump

As Democrats start to mull removing Trump for office, a poll finds that voters have Dems' backs 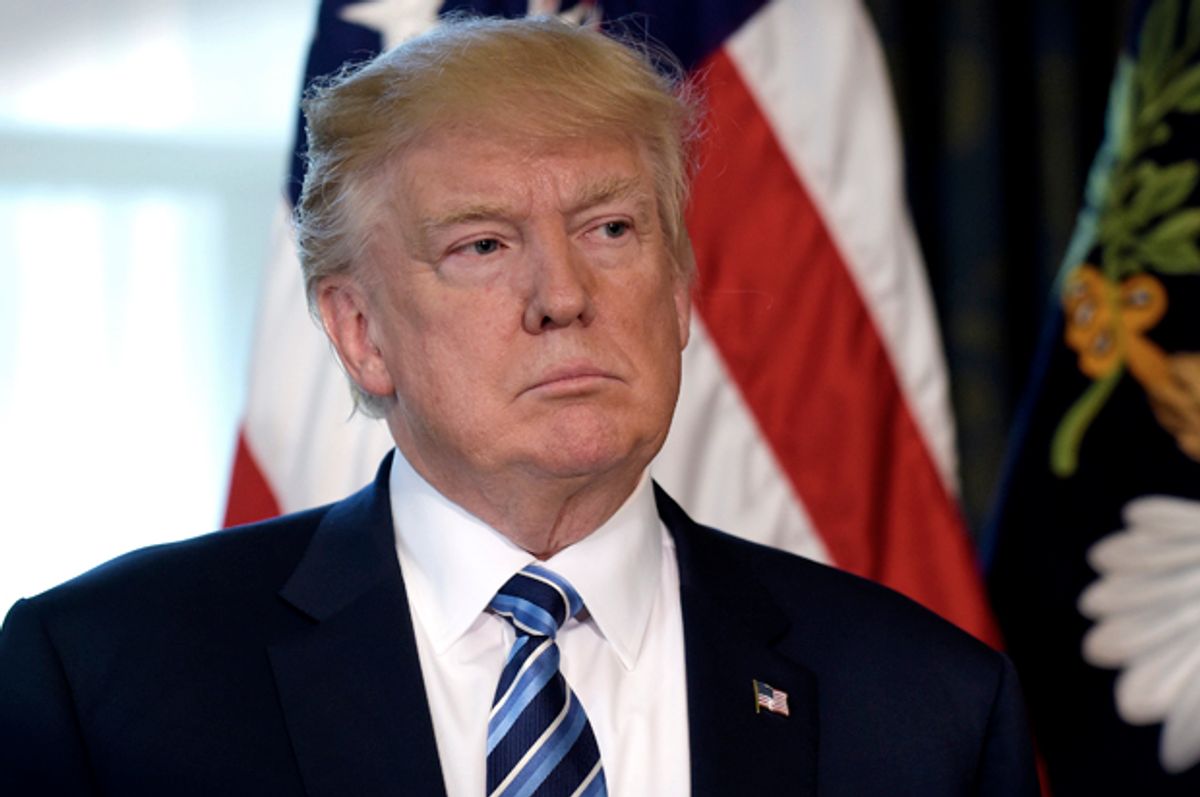 Nearly half of all Americans want to see President Donald Trump get impeached.

Congress is taking notice of the discontent. Describing Trump's firing of FBI Director James Comey and his tweet threatening Comey with hypothetical tapes of their conversations as "obstruction," Rep. Al Green of Texas called for Trump's impeachment, arguing in a statement that "these acts, when combined, amount to intimidation and obstruction."

Green added, "President Trump is not above the law. He has committed an impeachable act and must be charged. To do otherwise would cause some Americans to lose respect for, and obedience to, our societal norms."

When speaking to BuzzFeed, Green said that he was motivated by the fact that impeaching Trump "is the right thing to do. I think this is one of those moments in time [when] you have to take a stand. So I’m taking a stand."

This isn't the first time that a Democratic member of the House of Representatives has called for Trump's impeachment (the proceedings would have to start in that body before being sent to the Senate for conviction or acquittal). Both Reps. Maxine Waters of California and Joaquin Castro of Texas have openly discussed the possibility of impeaching Trump. Waters has called for further investigation into Trump's potentially impeachable offenses, while Castro has specifically cited the possibility that the Trump administration ordered federal agencies to disobey the judiciary when it comes to his travel ban against Muslims.