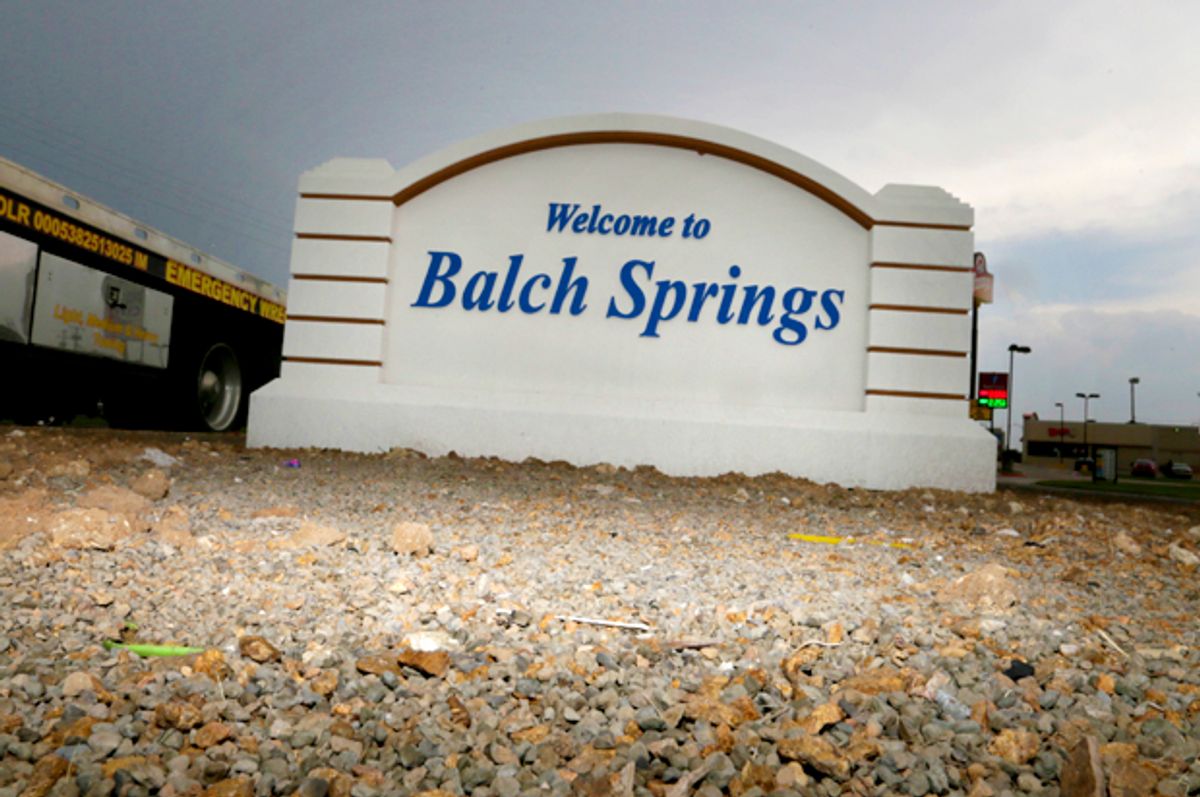 A new video seems to show police officers from the same Balch Springs, Texas police department that is currently under fire for the killing of an unarmed African American teenager tasing a nonviolent, handcuffed minority individual.

Shaun King of the New York Daily News posted a video to Twitter on Tuesday that he claims shows a man who has been stopped for possessing a BB gun being tased by Balch Springs officers.

This is the same sadistic Balch Springs Police Department that murdered #JordanEdwards tasering a handcuffed Black man for the fun of it. pic.twitter.com/ajdDeLLhZO

The video shows police officers approach a young, non-white male wearing a backpack. He is on his knees and has placed his hands on his head. At no point during the video does he make any attempt to attack the officers, resist arrest or flee. The suspect can be heard insisting that he only has a BB gun on him, while one of the officers tells him that because the people who complained perceived it as a threat, he will still be arrested. When the individual points out that he is over 18 and a has a legal right to carry a BB gun, the officer responds that he's, "also acting up," and claims that, "we've had to deal with you just about every day." [salon_video id="14767854"] They then cut the individual's backpack off of him and, after the suspect utters something inaudible to one of the cops, the officer begins tasing him. After the suspect falls to the ground, the officer continues tasing him, then holds the taser against his body threateningly. Throughout the officer repeats "Don't pull away!" Again, at no point does the individual appear to pull away or resist the arresting officers.

A Balch Springs officer shot and   killed a 15-year-old named Jordan Edwards while he and his friends were driving away from him on April 29. As the Edwards family lawyer later stated, "There were no weapons involved; there was no aggressive behavior; these were not suspects. The lone motive they had for the murder was that the vehicle was being used as a weapon, and now that is no longer there."