The Onion debuts “Patriothole,” your new go-to for anti-Breitbart LOLs 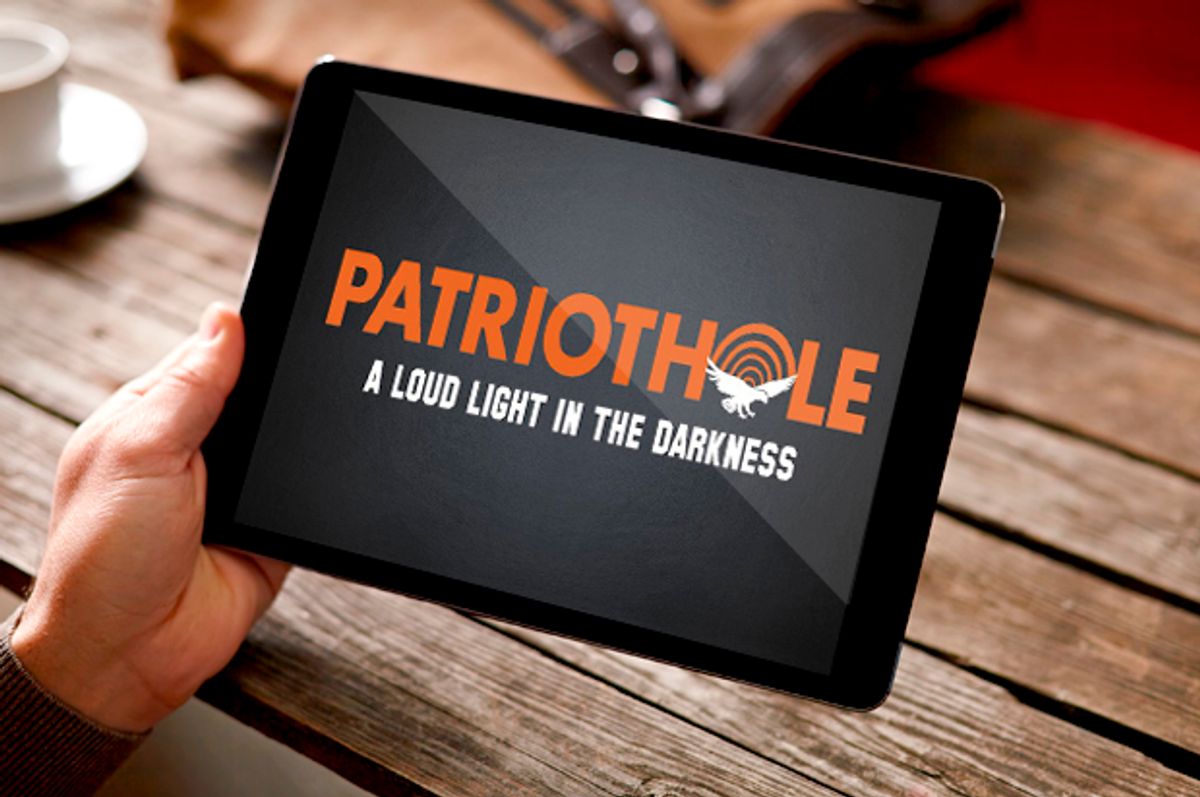 From the same, almost frustratingly on-point geniuses who bring you The Onion, Clickhole, the late Starwipe (R.I.P.) and more comes Patriothole, “The Only Viral Media Site Brave Enough To SCREAM About REAL Americans,” and perhaps the best single-serving troll of online right-wing media and the near-endless number of clickbait content farms glutting up the world’s Facebook feeds. It is a rare and beautiful gift.

Patriothole is, in truth, a mere redress of Clickhole, The Onion’s ongoing parody of viral content producers including Unworthy, Buzzfeed and the dozens of other sites that provide the same sort of breathless, inch-deep, wide-eyed content that targets reader acquisition over, well, anything else. Indeed, Patriothole is still Clickhole.

For three years, ClickHole has brought you the most viral content from all over the internet. But sometime between November 7 and November 9 of last year, we heard a shout. A loud shout. A shout called Real America. And when Real America shouted, it shouted clearly and in ALL CAPS. We listened to that shout, and then we decided we could make money off of that shout. That’s why today, we are proud to present you with PatriotHole: the internet’s last stand against the tyranny of the Leftist Media.

Angry in its tone and semi-incoherent in its logic, Patriothole offers up posts such as "Huge Relief: Russian Officials Can’t Figure Out Which Of The 50 Things President Trump Screamed At Them About ISIS And Airplanes Was Classified Information," "An Abortion Doctor So Sexual That Your Daughter Gets Horny For A Third-Term Procedure? Believe It. His Name Is Ahmed," and, "Attention, Patriots: Share This Video On Your Facebook Wall To Let The World Know That Your President Is In Charge Of You." It's all content familiar in direction, belief, and tone to that found on Breitbart, Fox Nation, the Drudge Report, InfoWars, The Blaze, the Daily Caller and less well-known red-state red-meat sites.

Exactly how long this redress of Clickhole will last isn't known. Indeed, it's more than likely that tomorrow will see the site aping the lefty hatereads of the Atlantic, HuffPost and, one hopes, Salon. Until then, however, it's a delightful, pointed source for LOLs at a time when the right-wing media and the president it supports is pumping out real fake news 24/7.