A look back at a 2015 conversation between Chris Cornell, who died Wednesday at 52, and the late Marc Spitz 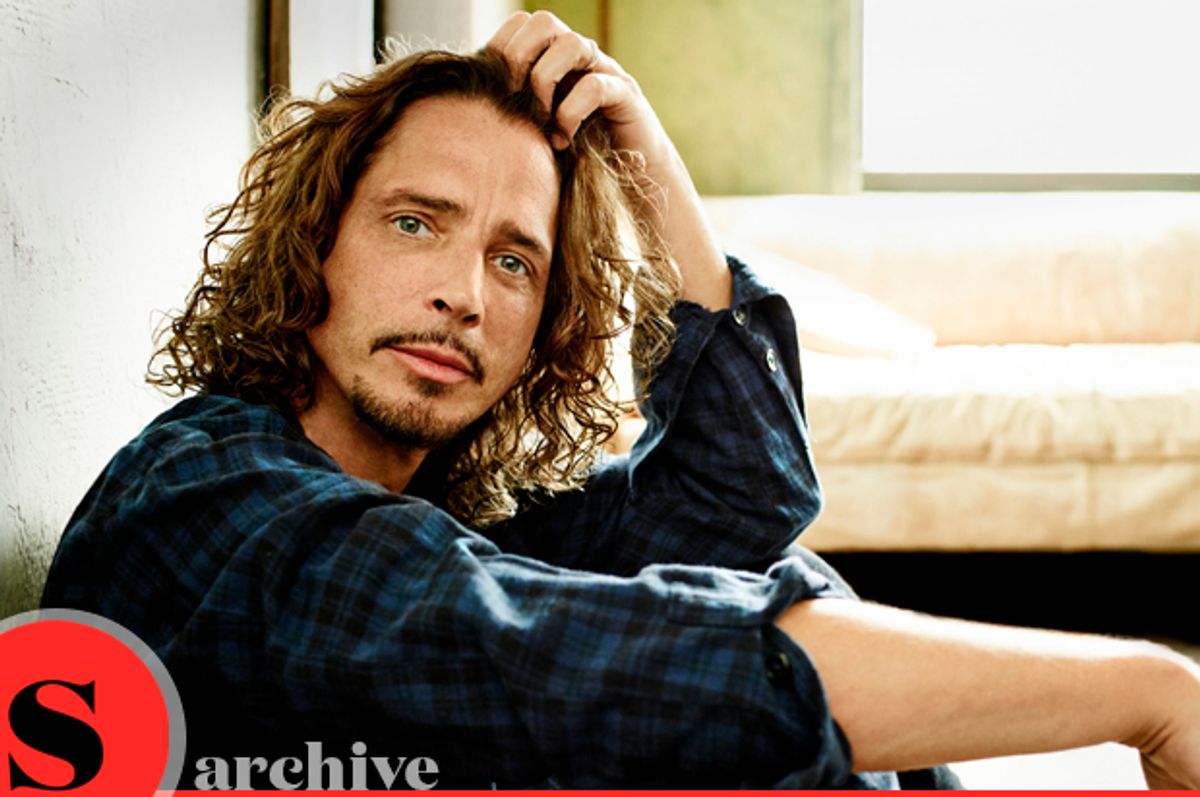 Editor's Note: Chris Cornell, 52, died Wednesday in Detroit while on tour with Soundgarden. Here is Salon's final interview with Cornell from September 18, 2015, written by longtime Salon columnist Marc Spitz, who passed away in February.

Most people consider Chris Cornell the best heavy rock vocalist of his generation: the quintessential four-octave-hitting frontman of rock-monsters Soundgarden and the supergroups Temple of the Dog and Audioslave. Over five albums, however, culminating with the new "Higher Truth," Cornell’s been quietly building a career as a solo artist. His acoustic live shows and have garnered a loyal cult following and his unpredictable moves (a Bond theme, an surprise cover of Michael Jackson’s “Billie Jean”) have kept him from feeling like a heritage artist.

Produced by Brendan O’Brien (Pearl Jam, Bruce Springsteen), "Higher Truth"’s highlights like “Nearly Forgot My Broken Heart” are largely vocals, guitar and the occasional mandolin, which seems to be how Cornell likes it these days. By the time you read this, however, he might be onto something entirely different.

Here he discusses the album, his past and why he’s in no hurry to get into the Rock and Roll Hall of Fame.

This may be the kind of question you ask a veteran actor, but do you have an internal rhythm as far as when it’s time to do a certain type of music, like [how] an actor will go from a comedy to a drama?

Yeah. I think there’s a line. Like a queue of guys with different thoughts in their heads backed up waiting for their turn to do something. Different things will occur to me that will be really exciting to do and 10 years will go by. I’ve wanted to make a full-on acoustic album for 20 years.

You did an acoustic tour six years ago and then didn’t get a chance to make a record because you actually had a full Soundgarden reunion [in 2010]. Do you keep a running tally of projects in your head?

It’s more for me of a living in the moment, feeling out what’s possible at the time. I’ve been lucky to be in a situation for most of my career that the phone rings. Ideas come up that I wasn’t expecting. With Audioslave, we had a conversation about having a band. Let’s get in a room and write songs, and within two weeks we had a whole album and we ended up writing and releasing three. There’s no way of knowing that would happen.

I know you worked with [producer] Brendan O’Brien on the album, but as far as songwriting, what’s different when it’s all you?

When you have a band and you’re writing your own songs for that band, it’s easy to step outside and look back at it. You ask yourself, What does this band of mine sound like? And you write the song. After years and years of making albums, you figure out how to throw a few new wrinkles in, as a way to get it relevant. On this album, I didn’t want any outside influence from anybody. I wanted it to be as much me as it could possibly be, for better or worse.

Is it dangerous to be in that bubble as a songwriter sometimes?

That’s the biggest difference. You can be a little bit lost in your own world and be doing an amazing thing and not realize it, or think something’s unbelievable and it’s garbage.

Do you find that there are people now who prefer the thunderous, metallic Soundgarden type of songs as well as people who’ve come to prefer these kinds of songs?

I think we’re sort of at that place now. I have the ability to do both… and everybody kind of knows that… If I were only doing acoustic tours I think there’d be audience members saying ‘I wish he’d go play in a loud band again.’ Everyone can just relax and enjoy both things.

When Nirvana got into the Rock and Roll Hall of Fame it was a little strange. Generation X had this realization that it was getting older. Do you ever have to reckon with the challenge of being a part of a mythical scene and a member of this legendary band and also being seen as a current musician and songwriter?

For the most part I try not to think about it. Whatever the foundation of my career is and whatever I was part of 25 years ago, it’s good that it’s there. It’s a foundation. I feel very fortunate to have that. In terms of the Rock and Roll Hall of Fame, to me that seems like a gold watch and I’m not in any kind of hurry to have that.