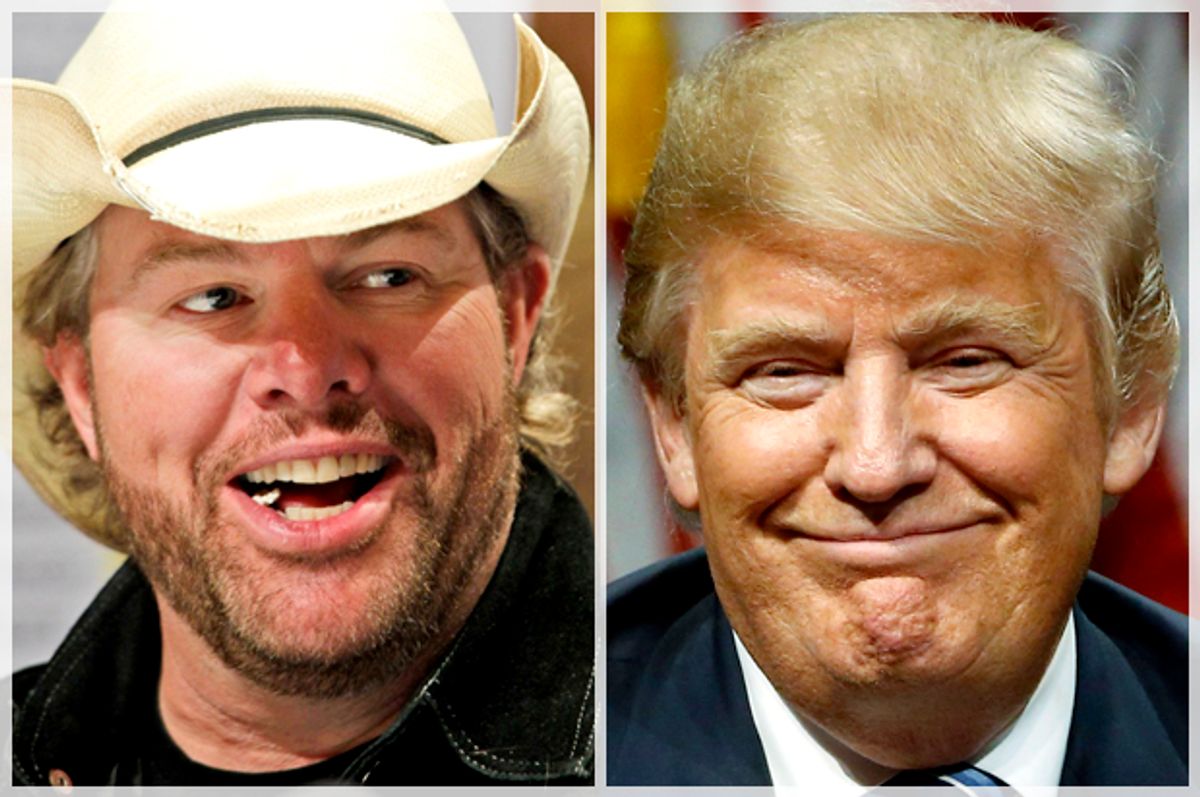 Saudi Arabia is preparing to shower President Trump in extravagant fashion for his upcoming trip to further ally the two nations.

The two-day trip to the kingdom will feature visits from an array of peculiar figures such as Sudan's President Omar al-Bashir, whom the Associated Press has noted has been indicted for war crimes. Fox News host Bret Baier is also expected to deliver a speech, while American country singer Toby Keith will perform at a concert for men only in Riyadh, the nation's capital. The Saudis have also prepared a countdown clock for Trump's meetings on Saturday on a website that was launched to promote the events.

"United under a single vision — Together We Prevail — this highly anticipated event, the first of its kind in history, will renew our mutual commitment to global security and further strengthen already deep business, cultural and political ties," the website declares.

Perhaps the most important event will be the Arab-Islamic-U.S. summit, according to the AP. The summit will include a feast with the president and other dignitaries at a banquet as the two nations seek to "forge a new partnership" to fight against extremism, the king said earlier this week, according to the AP.

Simon Henderson, director of the Gulf and Energy Policy Program at the Washington Institute, said that the Saudi kingdom is ecstatic that Trump is about to visit. "Saudi Arabia is delighted at being the No. 1 [stop for Trump’s visit], delighted by the re-emergence of a strong diplomatic relationship with the United States and delighted by the opportunity to show off Saudi leadership of the Arab and the Muslim world by getting everybody to turn up in Riyadh for multiple, overlapping summits."

On Sunday Trump will deliver a speech to the Muslim world that will be penned by senior policy adviser Stephen Miller. Despite the fact that may have expressed concerns about human rights within the country, the main focus of Trump's talks "will be on securing more multi-billion dollar military deals, advancing economic ties and isolating Iran." An arms deal, negotiated by Trump's son-in-law and senior adviser Jared Kushner, is expected to be one of the largest in history and could total as much as $350 billion over the course of 10 years.